Stifling Society: Learning from the Uncivilized in WALKABOUT by Imani Hinson 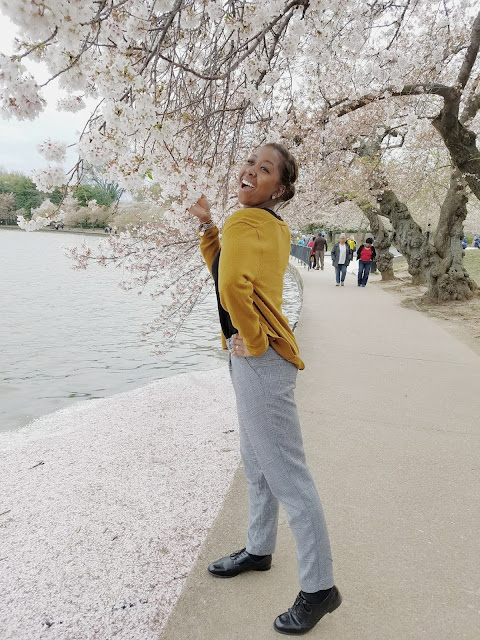 Nature and the way things work outside of civilization is what promotes growth within individuals. Children exposed to the “real world” are given the opportunity to mature in ways that those who grow within civilization do not. Within western culture, children are accustomed to being cared for by their parents and accustomed to an education that makes them book smart; however, it is the interactions outside of the classroom that will stick with them and help them to learn real life. Being in nature promotes personal growth and helps young people mature into who they inspire to be. The separation from indigenous people and life outside of the suburbs of civilization hinders a child from maturing. We see the process of tearing down these dividing walls within the Nicholas Roeg's 1971 cult film classic Walkabout where civilized children are introduced to an unfamiliar world.

The film begins by defining a walkabout: “When an Aborigine man-child reaches sixteen, he is sent out into the land. For months he must live from it” (Roeg 0:08). The British children live in an Australian  city and are shown within their educational institutions where the girls are practicing vowel sounds and the young boys are also in school rote learning. Both the young lady and the boy are dressed in attire suitable for a formal school when the scene changes to their father driving them out to the Outback where it appears that they will be having a picnic. While the boy is playing with his toy gun and the young girl is setting up lunch, the dad begins to shoot real bullets at the boy. The young girl rushes over to protect both her and the younger brother, but is interrupted by the father lighting the car on fire and killing himself in the process. The young girl and boy now left on their own in the outback, must cope with living sans civilization, without someone holding their hand.

As the two young children walk through the Outback, they are not able to use many resources due to their lack of awareness of the numerous resources at their disposal. They see a black figure in the distance and they meet him, asking him how they can get water. The Aboriginal then uses his basic life skills to ensure that they are able to get water. He helps them get back to civilization, but not before showing them some of the land. This Aboriginal is on his walkabout, having to fend for himself, learning how to mature on his own without having supervision around or having someone baby him through every life decision. The boy just knows what he needs to do to stay alive, and he knows what he needs to do in order to make it through.

The film portrays many differences between civilized life and what is to be considered uncivilized life. It pans back and forth with jump cuts many times, contrasting Aboriginal and European lifestyles and cultural norms dedicated to each set; however, it does not show the difference between the education of the young and the ability to grow during educational years. In western civilization, we are taught arithmetic, reading, writing, social sciences, and natural sciences but learn nothing of the natural habitat or of the indigenous people living in nature. We are systemically taught how to be spoon-fed until around the age of 23 when we are given the chance to be completely independent, to find jobs and learn how to fend for ourselves in a world that is not too kind. “Conservative trends across western schooling contexts are signaling an explicit devaluing of social and moral learning within their official curriculum mandates” (Keddie 355). Western civilization grants students the opportunity to grow in a scholastic sense but not in a moral or social capacity.

In western culture we are educated on a surface level; teachers administer assignments and students are expected to know the information but are never given hands on experience. Paulo Freire discusses the banking concept of learning in western culture where “education is seen as a transaction in which teachers deposit knowledge in their students” (Beckett 50). The problem with this model is that students are never challenged enough to think for themselves or to learn things outside of what is taught within the classroom. Students lack the chance to grow on their own or think for themselves which hinders their development and their growth process. They are halted from learning because they are fed information and expected to regurgitate it when needed instead of having a hands-on experience with the real world.  Freire says that “it’s impossible for me to help someone without teaching him or her something with which they can start to do by themselves” (Beckett). When western culture frees itself of this notion that students are not able to think for themselves, only then will our children will be far more educated and able to grow at a much better rate.

In Aboriginal culture a walkabout is taken by a young person in late adolescence. Given the chance to live on their own for months, teens must learn how to hunt, cook and fend for themselves and yet make it out alive. This may seem harsh, but is that just the western civilized way of thinking? If civilized children were taught beyond the four core subjects, would they be better adapted to the world they will eventually encounter? The Aboriginal was able to take care of himself and two strangers because, from a young age, he was gifted the tools and knowledge of how to be on one’s own. He was not coddled by his parents or village and therefore was forced to grow up and become mature enough to be self-sustained.

Although children of civilized communities are well educated in terms of the core subjects, it is essential to realize all they miss out on by not being introduced to non-civilized life. “The children of civilized races are shut away [from] free contact with nature [and] grow up with undeveloped capacities” (Jones 493).This quote was taken from a study done by Martha Simpson, simulating the Aboriginal walkabout for kindergarten children in civilized Australia. These children were given an opportunity to expand their education outside of the walls of their classroom and learn what those who are living this life every day experience. By creating a simulated walkabout, the children are given an opportunity to have that growth period on their own like the Aboriginals who live there already have. The tools for success to living life can be given through the nature of being able to know what’s in one’s backyard. “Advocates believed that direct contact with nature fostered the instincts required for adjustment to the modern world” (Jones 493). Taking some practices from the Aboriginal people, western civilization would be able to mature if we were not afraid to take a peak in their back yards. 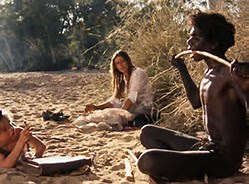 In addition, by showing children the idea of accepting diversity, they are able to grow up knowledgeable about the many different cultures in the world. In western civilization many young children do not know of diversity or are not willing to accept it until they are older. The maturity process that comes with being outdoors and experiencing other cultures helps to ensure that these children are equipped with the tools for success when viewing others. As KP said, these children are not able to get to the point where they “look at others and don’t see others as others” (Gordon). They are not at stage five and six of Lawrence Kohlberg’s theory of moral development. “In brief, for Kohlberg later stages were not just different than earlier stages; later stages were in fact higher, more adequate, preferable, more moral or morally better than earlier stages” (Moroney 362). “Most people never reach the highest stages (five and six)” (Moroney 362). These children must be given the tools and access to seeing diversity first hand.

In Simpson’s experiment “Aboriginal legends and cultural practices thus become teaching tools for white settler children, enabling them to learn from the bush” (Jones 494). These children were given the tools to accept diversity and appreciate other cultures because they were exposed to differences and different people at a young age. By teaching children in their early ages of learning to accept all cultures and people they are given a step ahead of others to reaching their full moral capacity.

Walkabout asks the question as to if our society’s education is really equipping us with the tools we need to succeed. Being a college student, growing up in the ideal public school education, there is so much more that is unseen and unknown of due to the fact that the education system has not gifted the facts about life outside of civilization. They teach the four core subjects and expect young adults to be able to know how to live their life. For western civilized children our walkabout does not start until 22 or 23 when we are set out on our own after college to find jobs, to find housing, to find ourselves, but that walkabout process of exploring and learning could be our guide along the way as we go through schooling. If children in western civilization were not so coddled by our society’s education system then our children would go far beyond what they ever thought of accomplishing. 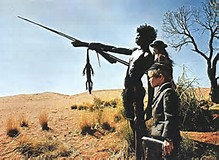 
Jones, Jennifer. "Nature Study, Aborigines and the Australian Kindergarten: Lessons from Martha Simpson’s Australian Programme Based on the Life and Customs of the Australian Black." History of Education, vol. 43, no. 4, July 2014, pp. 487-503. Web. 20. 2017.

Posted by Taking Giant Steps Press at 5:19 AM