Cookin’ with Jazz: A Weather Report by Lynda Hulkower 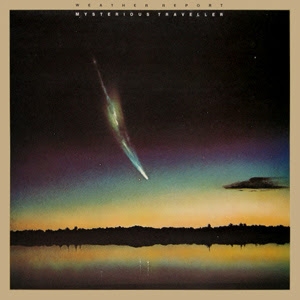 During a summer college break in the 70’s, I shared an apartment on New York City’s Upper East Side with a school friend. One afternoon I was perusing the Village Voice classifieds section looking for a job.

An ad immediately caught my eye: “Cook for well-known jazz group needed.”  Out of curiosity and on a dare from my roommate, I called the number, and before I knew it, I was going on an interview to work for Weather Report. A few days after, I met with the group’s manager Robert Devere in a Greek diner around the corner, and to my delight I left having bagged the job. I was stunned at my great fortune to be going to live with one of the hottest jazz groups of the time. The job was to live in their manager’s house in Port Jefferson and cook for them for a month while the group auditioned drummers and prepared for an upcoming tour promoting their new album Mysterious Traveler.

While I had accumulated culinary skills willy-nilly over the years (including a class or two at Le Cordon Bleu while I was in Paris studying at the American University), this was to be my first professional foray into what would become a lifelong relationship with the culinary world. Looking back, I have no idea what I said to convince Jeff to hire me. It might have been that I was a pretty young thing, but I suspect it could have been as simple as that I was in possession of a rare commodity for a city girl: I had a driver’s license.

A few weeks later, on a mild summer morning there I stood waiting on the ferry platform, my long hair teased by the steady breeze off the Long Island Sound. Next to my feet, tucked into my tote bag were The Joy of Cooking and Mastering the Art of French Cooking (Volume One AND TWO). Irma and Julia were to be my culinary spirit guides. As the ferry set sail through the swirling waves of the Sound toward Port Jefferson, I felt a mix of excitement and trepidation, like an adventure seeking stow-away in a Robert Louis Stevenson tale.

The house was an unremarkable weathered suburban Victorian. It was immediately evident that a relaxed style of living went on there. Jeff was divorced and the place had all the markings of a bachelor. It was a home devoid of the proper daily tucking-in, as well as the decorative flourishes a woman might have imposed. My responsibilities were straightforward: grocery shopping, all meal preparation, and kitchen clean-up.

Day and night, the house was saturated with music. It elbowed its way up the stairs and through the floorboards from the basement. In between duties I would sometimes follow the notes and wander downstairs, sit unobtrusively in a corner and soak it all in. Something was being birthed there. I had been drop-shipped into a moment of jazz history.  I confess, I only partially grasped the global implications of what I was witnessing.  Joe seemed to be the self-appointed ring leader. He was very adamant about directing the others to achieve his vision of what would affect the strongest visual arrangement of bodies on stage as well as how things should be organized musically. Each day he furiously covered piles of virgin sheet music with a number two pencil and at the end of the day the pedestrian, round-mouthed trashcan would be brimming with cast off inspirations.

I don’t know why but I picked some of those sheets out of the can and squirreled them away.  Decades later I gifted them to a dear friend’s father who was a jazz aficionado when he was gravely ill.

Joe Zawinul was a showman.  He inhabited his body like an actor but not in the overly conscious way of a dancer. The whimsical tufts of fine toffee-colored hair looked pasted on to the sides of his scalp. His thick broom mustache gave his face an extra punch of drama. He often wore ethnic multi-colored woven caps that concealed his bald pate but also lent a bit of visual pizazz. There was a casual side to him that could be almost be called twee, and then there was the work side where his tone could turn a bit bullish, abrasive and muscular.

I realized pretty early on Joe wanted more of me than just a home cooked meal. I let him kiss me once. I knew I wasn’t groupie material, and besides: what would Julia and Irma think?

Wayne Shorter was gentle, modest, and soft-spoken with an ethereal charm. His eyes were kind and intelligent. In the evenings I would hear him chanting. It was a time when different Eastern religions and various sects, some of questionable ambitions, were circulating.  The Hare Krishnas with their saffron-clad adherents in strangely choreographed swarms, beating drums and pushing  flowers at random people hoping for a hand-out or a conversion, were a common sight in airports and public parks.

Wayne chanted one of the Buddhist mantras: nam myoho renge kyo. I remember one evening sitting on the single bed up in what was once one of Jeff’s son’s rooms across from him as he tried to teach me the chant. It was, he explained, to ask the universe for things. He told me about his daughter who was special needs, and he did a kick-ass imitation of Miles’ gravelly voice, regaling me with crazy tales of his days playing with Davis.  Years later Wayne’s wife and daughter would be killed in that crash of the TWA flight exploding off the Long Island Sound.  I always wondered if he ever came to understand his real holiness, the appellant’s spiritual chant that occurred when his lips met reed and fingers petted and dallied on the sax’s keys.

I drove the old family beater, an un-pedigreed Ford station wagon. It was just for trips to the local supermarket to go grocery shopping. At moments it felt as though I was playing house with a bunch of temporary bachelors or in some weird sit-com where I was the “Alice” to a group of rag-tag out-of-work musicians.

The arrangement seemed strangely comfortable. The breakfast favorite was hands down, poached-eggs on English muffins. Sandwiches for lunch. They ate with gusto and gratitude. I dipped into each of my cookbooks for dinner inspiration. Saluted chicken livers from Irma and quiche from Julia. I had a pretty good personal repertoire under my belt too. I remember making moules marinieres one night and after steaming the mussels I served all of them without inspecting them to make sure they had opened. Later that night I remembered consuming cooked un-opened mussels could sicken you. I was on the phone panicked with my aunt at midnight trying to get reassurance that I hadn’t inadvertently poisoned everyone. After an anxious night the next morning everyone arrived for breakfast looking just fine.

During the month there was a steady influx of hopeful drummers arriving with drum-sticks in hand. The group swelled from just a few musicians into a river. Alphonso Johnson was there: a shy, tall and slender with a boyish face. There were many others from past configurations of the band and some who came in to rehearse for a potential solo gig. Memory fails to identify them by name.

Later that year when they hit NYC on their tour, I was there sitting right up front.  After the performance, Robert took me back stage where we  had a warm but brief reunion. Our moment was over .. we were family for a month in an old weathered house on the Sound.  Weather Report was soaring on a stunning upward trajectory and would go on to have several legendary talents like Jaco Pastorius come through and leave their imprimatur on the band’s legacy.

experienced huge power plays and much upheaval. Joe died of cancer several years ago. Wayne is alive and has achieved his legendary throne at 83 as a venerable Jazz Great. Still thrilling the world with his glorious sax. Our time together is now just some sweet jazz riff from the past… that still resonates in this woman’s memory. 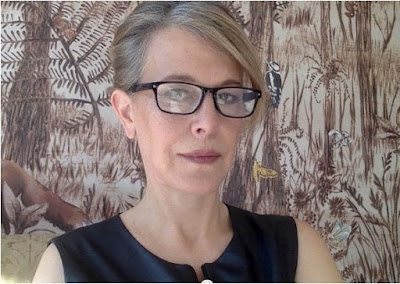