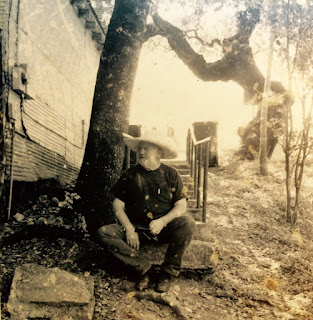 The hill country of central Texas—that rugged, rocky, lonely locale of caliche soil and hard-scrabble cedar interspersed with creeks and rivers—is as much a state of mind as it is a real place to citizens of the Lone Star state. As Houstonian Peggy Sheehan writes in the New York Times, “Its inhabitants relish its solitude and silence, finding the area to be not only enchanting but spiritually nourishing.” Immortalized by Willie Nelson and the Austin singer-songwriter outlaws, lambasted by the prose of Kinky Friedman, this is also where Lyndon Baines Johnson was born, grew up and is buried. In the work of James Dusty Pendleton, the hill country has its true poet laureate, albeit in the form of landscape painting. 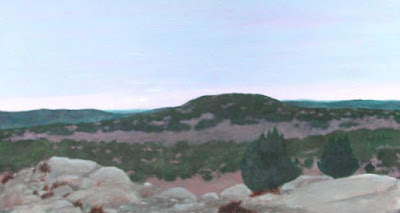 These works draw to mind a remark Alan Watts once made about the doctrine of wu-wei (translated as effortless effort or no-action) in Taoism and Chinese landscape painting: “The artist gives up any hope of ‘capturing’ the landscape, choosing instead to just sit there, sometimes for days until, emptied of ego, the landscape paints itself through him.” There is something very akin to letting nature speak through the painter in Pendleton’s studies of hills and rivers, of skies and houses, of the juxtaposition—sometimes poignant, sometimes comical—of the everlasting land and the (less everlasting) human figures that populate his scenes. 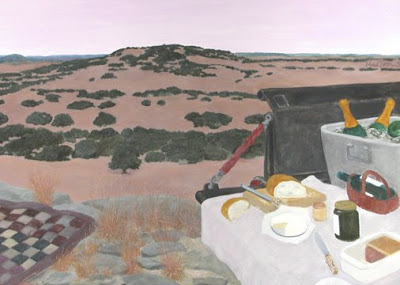 In fact, looking more closely at the relationship between nature and civilization in his work, it seems no accident that he began painting the hill country full tilt upon his return from his extended years of travel in England, Wales, France, Spain, Mexico and throughout the United States. As he remarked to me, “I returned to discover the landscape I had grown up in was changing, the horizon’s panoramas replaced by fences and housing developments. Landmarks, which a hundred years ago guided the traveler, no longer matter because highways and automobiles have made them obsolete.” 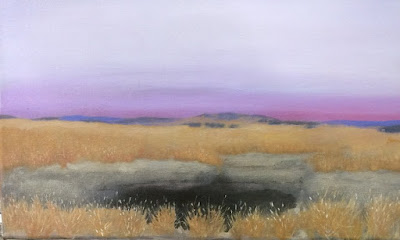 There is certainly a sense of history being captured in these landscapes, but it strikes me as more metaphoric than programmatic. Unlike some painters of this area, Pendleton does not sentimentalize the contemporary impulse to subdivide and conquer the land. Rather, he uses the hill country’s wild and raw elements to interrogate a clichéd vocabulary of the past: there are no cowboys on horseback or Native Americans standing at vistas, no quaint fields of bluebonnets or maidens in chiffon dresses. Instead, he invites viewers in medias res into a narrative that remains indeterminate, requiring extended contemplation to complete. Herein is the power of his painting: it evokes the sense of mystery which is inextricable from beauty itself and it reminds us that those seeking to conquer nature are doomed to be conquered by the impulse while those seeking harmony with the ineffable find it in the smallest details of his landscapes. 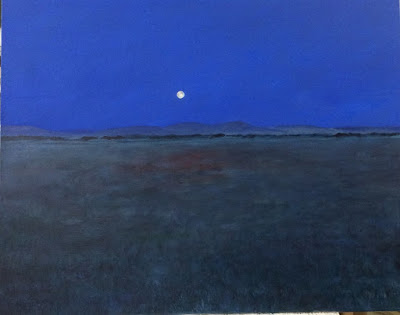 Posted by Taking Giant Steps Press at 7:15 AM