Viewing from the Outside: New Perspectives on Western Civilization by Michael LoRusso


Humanity is blinded by greed and today’s fast paced nature to the extent that we have lost the ability to appreciate seemingly minor surroundings and experiences. As inheritors of Western society, we have become increasingly comfortable with the everyday patterns of our lives, and we often forget to question the work that others perform that enables us to live the way we do. Whether or not this ignorance is a result of our environment and the principles that are instilled in us at an early age, one truth that cannot be repressed is that experiences we are unprepared for and the interaction with those unlike us are what cause us to see life in a bigger way. When we interact with others, we are forced to question our everyday lives, and we learn to appreciate the little things in our lives that often get looked over. Through the four films assigned---Nicholas Roeg’s Walkabout, Jamie Uys’ The Gods Must Be Crazy, Lina Wertmüller’s Swept Away, and Wim Wenders’ Wings of Desire---one is taught to break free of one's comfort zone and embrace one's curiosity. These films show us that until we challenge the principles that have been instilled in us and accept those of others unlike us through a desire to see the world from a broader perspective, we will never reach the potential of wisdom and awareness of life that our generation has granted us. 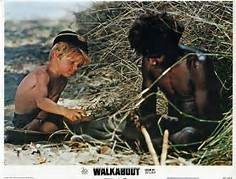 Film director Nicolas Roeg, via his 1971 classic Walkabout, was the first to persuade us to see the world from a different perspective. Our generation is depicted exactly as citizens who are consumed by Western civilization. Seeing the vast distinctions between the Aboriginal boy on a walkabout and the two English children, such as the jump cuts of the Aborigine hunting for food immediately following a butcher chopping a steak, the audience is forced to question their level of awareness (Roeg, 0:45:20). What seemed so normal suddenly inspires the audience to question the normality of everyday life. For nineteen years, I have accepted all that is around me, failing to challenge the ways in which our society acts. Though Roeg shows us how the simplicity of our lives holds us back from understanding life as a whole, he reminds us that we have not yet failed. As young recipients of Western civilization, it is difficult to stray from living the way we are surrounded by, stuck in a pre-conventional stage of moral development, too scared to challenge our society (Kohlberg). I was led to believe that there was no other way to think; there was no other perspective. It is not until the English boy begins to understand the cultural distinctions, and adopt the Aboriginal culture, that I could sense a sign of hope. The aborigine teaches the English boy survival skills, and eventually he is able to find a spring of water on his own (Roeg, 1:05:00). After the boy accepts the Aboriginal culture, he, unlike his older sister, grows confident that that he can survive and thrive in a very non-Western and "uncivilized" milieu. The interactions and culture clashes throughout his journey in the Outback allow him to open his eyes and experience a new perspective. 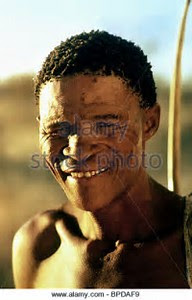 South African film director Jamie Uys also challenges us to question the principles of our society in his 1980 comedy, The Gods Must Be Crazy. Of course the opening narrative embodies this theme and mocks some of the illusions of Western civilization which causes viewers to see this film allegory in new ways. However, the deeper themes throughout the film force our eyes even wider. One of the first things I questioned was how the Bushmen function as a tribe without a written law! What is it that keeps them governed? Later it becomes clear: The absence of greed and possession give them nothing to fight over; therefore, there is no need for written law. Uys makes it evident that the purity of the Bushman tribes’ lives allow them to reach a post-conventional stage of moral development (Kohlberg). Kalahari Bushmen live based on their own ethical principles. “They’ll never punish a child, or even speak harshly to it, so of course the kids are well behaved” (Uys, 0:04:18). The signs of respect, not only between people of the tribe but also their respect for the animals they hunt and the nature that surrounds them, depicts these Bushmen in a higher ethical state than us (Uys, 0:05:00). Compelled to experience things from their point of view, I find the world so much easier to handle. There is none of the stress or anxiety that I face on a typical day at Hofstra University. Seeing the clashes between Bushman culture and Western civilization throughout the film causes us to widen our perspective on life even more. Uys suggests that we may be missing out on a higher quality of life by showing us the simplicity of their everyday lives, which lack the stresses we complain about unceasingly. Suddenly I found a new point of view; I began to wonder who should truly be considered civilized. 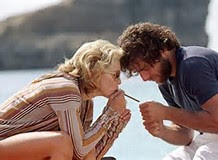 As I continued to question my life, I was smacked in the face with another culture-clashing film, Lena Wertmuller's 1974 international sensation Swept Away. At this point I more readily widened my perspective, and I was able to see this third film from a big picture point of view. Seeing how money can corrupt someone so dramatically was scary. I wonder if I act at times like the female protagonist Rafaella, the wealthy, never-ending complainer with a sense of entitlement who thinks she is superior to those around her. She zeroes in on deckhand Gennarino and orders him to get her fresh coffee and properly cooked spaghetti (Wertmuller, 0:14:36). I thought of my high school friend who would never get in trouble, because his money could buy him out of any woe. He had always seemed invincible to me until I was exposed to this film. I learned that money has minimal value in real life situations. In fact, I no longer consider financial status as a reflection of one’s wealth, but instead I consider the experience they have when it matters most. Raffaella lacks any knowledge of survival and the capability to kill in order to eat, making her the less wealthy one in this isolated island situation (Wertmuller, 1:15:00). She even tries to buy a lobster off Gennarino, offering him thousands of dollars, which he promptly refuses (Wertmuller 0:53:00). Appreciating the film from Gennarino’s point of view, we see that something that we value so heavily in our capitalistic society cannot compare to the value of knowledge and wisdom. 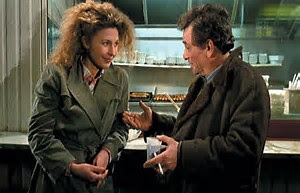 Lastly, we watched the Wim Wenders'  1987 romantic film fantasy Wings of Desire which perfectly summed up the entire semester and celebrated seeing the world from a wider perspective. If anyone can see life from an outsider's point of view, it is the angels in this Berlin setting. They have been watching life from a non-corporeal perspective since the beginning of time. Though they cannot interact, they still understand us as humans---sometimes more than we can understand ourselves. They are able to see the mistakes and wrongs of humankind. Wenders creates a boundary that separates the humans from the angels which clarifies their distinctions. Although the angels are able to see the lives of everyone from the outside and can understand a desire for spiritual assistance, they cannot understand what it feels like to exist in real life. At one point Damiel says, "Sometimes I get fed up with this spiritual existence. I don’t want to always hover above I’d rather feel a weight within," and then he proceeds to list a number of human actions that we as humans often take for granted, such as a simple card game or the concept of pain (Wenders, 0:13:20). Since Damiel is able to see the world from the outside, he is not corrupted by an egocentric society, and he has a desire to feel and experience all these things that we often take for granted. We are so consumed by the stressors our daily lives, that we fail to see the value in the little pleasures we see and feel every day. We look for some sense of guidance or a way to get us through our sophisticated lives. Often time we reach for a spiritual sense of help to get us through, because our complicated lives become too tough to handle. 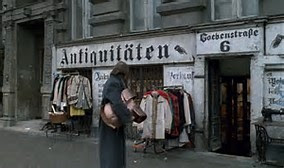 Wenders depicts the parallels between spiritual and physical notions in the film. I have been told from a young age that if I do good on earth I will fly to heaven. With that desire to fly comes a fear of falling as well. At times when I do wrong, I may fear that I may not make it to heaven, but rather fall to hell below. This idea appears throughout the film. For example, Marion’s dream to fly is accompanied with a fear of falling, and breaking her neck in front of an audience (Wenders 0:26:00). Finally, I was convinced again to open my eyes, and live my life with an open perspective, shown to appreciate the value in things I had previously taken for granted.

Our journey this semester was difficult, and it tore us out of out comfort zone, forcing us to finally consider our lives from the outside. Through less than two hours of confusion and frustration, I was able to appreciate and widen my perspective more and more with each film. I can now see the obvious flaws in Western civilization that I had been blinded to before. What seemed so natural to me began to feel barbaric. I learned to embrace my curiosity and question the things and ideas I am fed rather than merely accept them. Then finally, I was convinced to appreciate the little things in my life that I often look right past. Through four short yet powerful films, I am able to value my life in a whole new way, open my eyes to new ideas and suggestions, and feel that I am closer to achieving a post-conventional stage of moral development 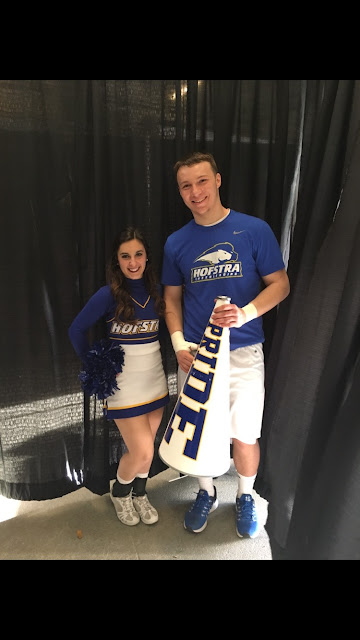 Posted by Taking Giant Steps Press at 7:10 AM