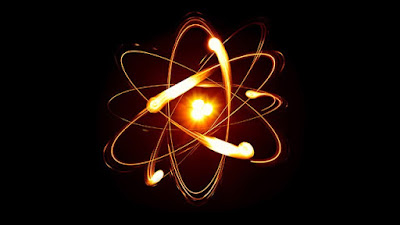 As a college student in the twenty-first century, I have realized that we go through many obstacles throughout our undergraduate career. We deal with admissions, career training, and learning how to build a community for ourselves. I have had the privilege and woes of experiencing all of this on my own. I have had to fight to be able to apply to college, to determine my future, and to take my first steps into this strange world. Having the privilege of being able to apply to college should not be taken for granted. Many people do not get the opportunity because of their religious beliefs. As a Baptist woman, going to college was demonized by my church community. They thought that if one went to college one was going to forget all of their values and jump head first into the temptations of the world. Because I was raised a Baptist, I have had many things stacked against me. My pastor told me from a young age I had to be submissive, quiet, and have a man handle my problems. I was not supposed to grow up and take charge of my future. Instead, I was expected to be a mom and take care of my children while having dinner ready on time.


I was stuck in phase one of Lawrence Kohlberg's Stages of Moral Development. “This is the stage that all young children start at (and a few adults remain in). Rules are seen as being fixed and absolute. Obeying the rules is important because it means avoiding punishment” (Kohlberg diagram 1). I had to mindlessly follow the rules that were set up for me, preventing me from thinking for myself. I was under constant observation as my pastor and his wife tried to turn me into a cardboard cutout of someone else. For a long time, I just accepted everything I was being taught and considered this strange reality normal, not knowing that there is a whole world full of opportunity and adventure. Because of this, being able to apply to college, let alone the dream of getting admitted, did not seem like an option for me. Sofie Ramirez stated it best when she wrote, “We cannot get admitted [to college] if we were too self-involved to branch out and become well-rounded people” (Ramirez, par 2). 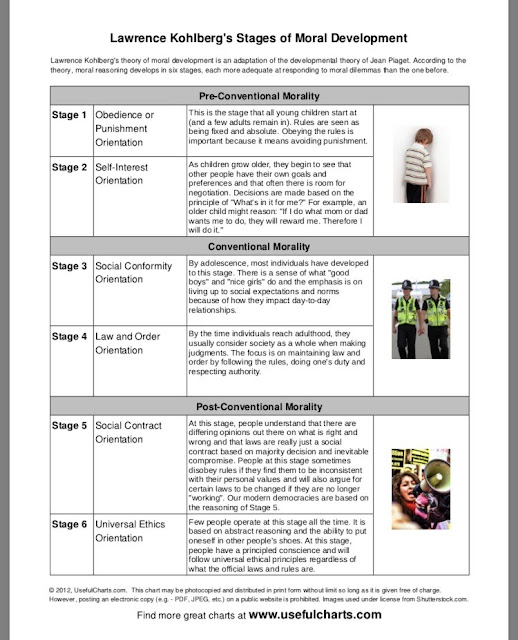 I was taught being different and having my own thoughts were wrong. When someone new and different came to my church for the first time everyone would judge them based on their appearance. How was someone like me supposed to become a well-rounded person if I was being taught to judge people before I even knew them? Whitman stated, “Whoever degrades another degrades me” (Whitman, par 24). So, why was I being taught that just because they are different, it is wrong? My pastor only taught me these things because he was afraid and believed that “places like colleges are a gilded re-education camp, where innocent children of the entrepreneurial class are turned into brainwashed Maoist cadres, chanting slogans and grinding away the hours in a sexual frolic” (Frank, par 3). However, even though my pastor thought this, he gave me permission to attend college based on my high mathematics grades. He only permitted me to do so because he wanted me to teach at the private school I attended. I blindly accepted his offer not wanting to be unable to provide for myself.


This unhappy situation had happened so frequently among the women in my church. It happened to a close friend, who got married at nineteen. She never attended college or had a stable job making her unprepared for what life was about to throw at her. Sadly, the man she married passed away and she was left with two young children and no clue how to provide for them. This situation scared me greatly and was the turning point for when I started to think differently, breaking me out of Kohlberg’s first stage.


In Pablo Freire’s Banking Concept of Education, he states, referring to our educational system, “[Learning is] motionless, static, compartmentalized, and predictable” (Freire, par 2). “Students are force-fed information only to barf it up during a test” (KP). This is a way of learning we are forced to adapt to. It limits our creative imagination and causes us to be mindless zombies. Thankfully, my twelfth- grade teacher, Mr. HT, taught me to question everything I learned and to make my own judgment based off of my analysis. He was a key component in helping me decide my career. He encouraged each student to ask as many questions as possible believing that “authentic thinking, thinking that is concerned about reality, does not take place in ivory tower isolation, but only in communication” (Freire, par 22). He wanted us to grow as thinkers and learners. He taught me that just because someone is different it does not mean we have the right to degrade them. It was because of Mr. HT that I had the hope of changing from my pastor’s original idea as a teacher to something that I wanted to do. I felt the need to write. I wanted to be able to impact the lives of others the same way that he impacted mine. I wanted to be the light that broke others out of their cave like mentality, where they only see shadows of things and not the whole picture (Plato). Mr. HT expanded my mind, helping me to look at the bigger picture instead of conforming to what others expected of me. He made me realize that, even though having a family is a wonderful thing, “I only have one shot at this life so why not make the most out of it” (Mr. HT)?


When I finally arrived at college I was there to learn and make the most out of life. I was, however, greatly shocked by the people I met there. Especially folks who were proud to be gay, proud to stand up for their beliefs, and people who had high goals they wanted to reach. I was not used to people being proud of who they were. These new people were not afraid to show their differences. That is a beautiful thing. Too often we try to conform to what we believe as perfection instead of taking a good look at ourselves and loving all of our flaws. We also should learn to build community with people who are different than us instead of restricting ourselves to individuals who think like us. “Being open to diversity is the cure. . . and the secret code to serenity” (Weber, par 9). Just from being at college I have learned that people change people. Some might state that this is the meaning of life; however, how are we supposed to grow from someone when they are exactly like us? Someone who changed me, and I grew to know, and love is Sarah Baum. She is completely different from me in every way. She made me, a straight woman, realize what life is like as a lesbian. She taught me to use terms like “they and them” instead of putting people in boxes by calling them “her and him.” By watching her actions, I learned that I am the next generation. I need to have a voice and to stand up for what I believe in. If I had not have added her to my community I would have greatly missed out on an opportunity of learning what life is about. Because of the impact of Mr. HT and Sarah, I was able to open up my mind to different ideas of thinking and realize that we are all connected to each other. Like Whitman so eloquently stated, “For every atom belonging to me as good belongs to you” (Whitman, par 1). 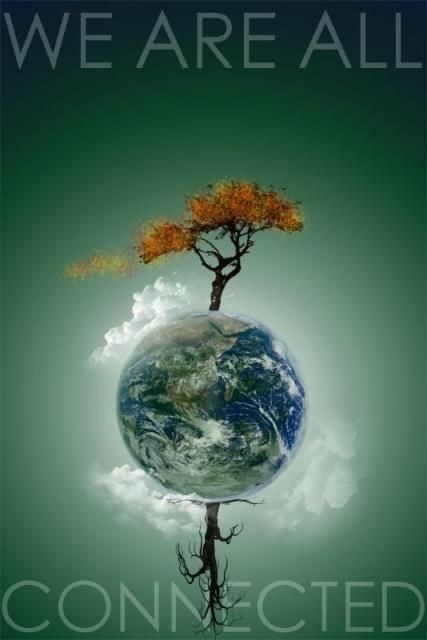 
Weber, Deanna. “Leaping out of the Cave and into the Light.” Taking Giant Steps, Kirpal Gordon, 11 Sept. 2015, http://giantstepspress.blogspot.com/2015/09/leaping-out-of-cave-and-into-light-by.html