Being, Becoming My Triple Identity by Semira Ahemed 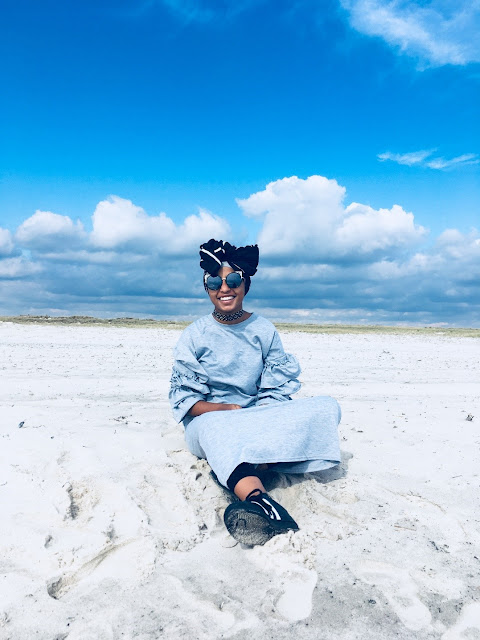 Identity is given and perceived; we are born as we are without choosing our race, gender or family. All three are our bases to understand or realize who we are, but they are not the only identities we have. I am a woman who is black and Muslim. I have my own individual identity even if I am overlapped by group identities. However, people perceive me by the stereotypes and labels that are put on my group identities. While growing up, there were moments in which I wanted to change myself to be accepted until I realized that even if I do everything in my power it is not enough to fit in the puzzle. It is not enough even if I remove my hijab, change my dialect or adopt a stranger style. Moreover, I should not have to change my shape to fit in the puzzle when I know I can still fit in with my authentic self. People try all sorts of things with the hopes of finding their true self; for me, my journey of self-discovery has led me to college. Attending a university is my journey to define who I am, and Alan Watts, Gloria Anzaldua, and Susan Faludi have helped me to truly embrace my triple identity.


I am a person of color, but that does not stop me from engaging with people of all kinds; I have friends from China, Czechoslovakia, and Russia. I am Muslim, but that does not limit me from reasoning and enjoying freedom. Religion is not a challenge in my life; rather it is my motivation to find the truth, to find my purpose. I am a woman, but it does not mean I am weak. It is my strength to fight against all odds and to experience this world differently. I am all three of these things at once with my character, intelligence, and heart. Nevertheless, people make their assumptions by what they see without interacting with me.


It is easy to be noticed when I am the only Muslim, black or woman in a classroom or social gathering. Yet I do not freak out being the only one because it is my opportunity to truly show and represent all three identities. It is also common to be bombarded with the following questions: Who obliged you to wear the headscarf? Are you suppressed? Are you sure you are capable of doing it? Don’t you think it is better for boys to do it? Why do you try to be the first? When are you planning to marry? People ask me if I am from Africa as if it is one country. They wonder why I raise my voice and laugh so loudly. They are confused about how I wear my hijab. 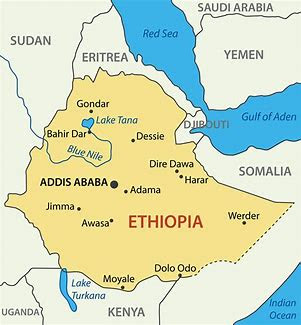 All these questions are triggered by the stereotypes and ignorance surrounding my triple identity. Then I ask: Is it a freedom to decide which part of my body to show? Cannot one see that I cover my hair and not my brain? Is it my choice to be perceived for my character and intelligence, but not for my body look? How can we as women show what we are capable of when we are not even given the opportunity to start with? How can physical strength still have such a value in the 21st century? How is it that speaking one’s mind and expressing one’s emotions are associated with arrogance? How does my skin color still create a challenge to be accepted as a human? Who are you to tell me that I am weak without knowing my background and the challenges I overcome? Does wearing my hijab like this makes me less Muslim or is it my way of expressing my religion and my origin together?


Growing up in a conservative Muslim family, there were rules and values that I had to follow. However, I never questioned my family about what was right and wrong. I never had the guts to decide for myself because I acted like every other Muslim girl in my village. I loved playing soccer, but there were no girls whom I could play with since girls stayed at home with their mothers. Indeed, it was even hard to play with boys because girls were supposed to be modest. Alan Watts in The Book: On the Taboo Against Knowing Who You Are writes, “It is a special kind of enlightenment to have this feeling that the usual, the way things normally are, is odd….” (Watts 11). Watts’ insight relates to me whenever I question the status quo. I did not have the opportunity to know him before coming to college, but without reading his works I related with him through my rebellious actions. I played soccer breaking the ordinary norm and led my team to win the sub-city soccer competition. Even though what I did was simple, it was my first step toward identifying who I am. An African adage says, “Until the antelope wins the fight, the tales of victory shall always be the lion’s” (African). This proverb is a constant reminder to write my own history and not to repeat the same story women before me had—a story that was written by the society in which they lived.


I never knew a woman whom I could look upon as a role model. Not seeing a person who was like me in the dreams that I wanted to achieve made it seem quite impossible. The life cycle of a girl in my village was all too predictable. She goes to school just to learn how to read and write because marriage is the obvious next phase in life after high school. Warsan Shire, a Somali-British poet says, “It is not my responsibility to be beautiful, I am not alive for that purpose. My existence is not how desirable you find me” (Shire). But in my village a woman’s beauty was more valued than her intelligence; at the end of the day, it is the man who is in charge of everything. After growing up in a village with such low expectations for women, I still do not believe that I am at Hofstra pursuing my undergraduate degree without paying anything. However, I still think about the girls in my community who did not have the opportunity like me to pursue their passion and dream. They are in a closed box which they cannot escape without doing something out of the ordinary. I now have better opportunities than ever before, but Susan Faludi, in her introduction to Backlash: The Undeclared War against Women, cautioned me not to be distracted by the media to fully achieve my gender equality. Moreover, as Malala Yousafzai said, “I raise my voice not so that I can shout, but so that those without a voice can be heard” (Yousafzai).

We only notice our racial identity when we embed ourselves with other social groups. I am from Ethiopia, a country that was never colonized, which made it easy to see people for who they are rather than their skin color. It was Hollywood movies that introduced me to the idea of color and the privilege and discrimination that comes along with it. I never had a color scanner glass to evaluate people and that has given me an invaluable chance to engage with diverse people at Hofstra. Nevertheless, most people do not wear the glasses I do, and some are colorblind to believe all should be the same with one homogenous culture and dialect. I even questioned myself if my English accent with Amharic root and some British pronunciation was not enough in America. But Gloria Anzaldua, a Chicana writer, gave me the courage not to be ashamed of my dialect but to be proud since it reflects my identity. Moreover, pursuing my undergraduate degree outside of my continent far away from my family is giving me the opportunity to define my identity independently. Developing a double consciousness is essential, and according to W.E.B. DuBois, it is the sense of looking at one’s self through the eyes of others. Just staying one semester in college helped open my eyes to see myself through the experience of others who have a completely different background, culture and identity.

I never thought I would question the beliefs I held true until I read Alan Watts. He challenged me to rethink if I do things out of humanity or for the sake of collecting good deeds to go to paradise. I used to do good things because my religion said so, but now in my heart I am conscious of what is right. Alan Watts helped me to see the interconnectedness in the universe and to view events without greed and ego. His book made me more responsible than I was before. I am now more sensitive to the value of the love I give to animals and people.


It would be a lie to say that I am not changing throughout my university experience. College has been more than just academics; it is a place to search my true self and transition to adulthood. Indeed, Lao Tzu is right when he said, “If you are depressed you are living in the past. If you are anxious you are living in the future. If you are at peace you are living in the present” (Tzu). It is now my everyday purpose to find peace within myself and to become the best version of who I am. Every person I meet and all the books I read are helping me to uncover my true personality on my continuing life journey.


Watts Alan. The Book; on the Taboo Against Knowing Who You Are. New York: Pantheon,

Posted by Taking Giant Steps Press at 7:51 AM