Between Two Worlds: The Struggles of a Woman with a Feuding Heritage by Isabella Soto 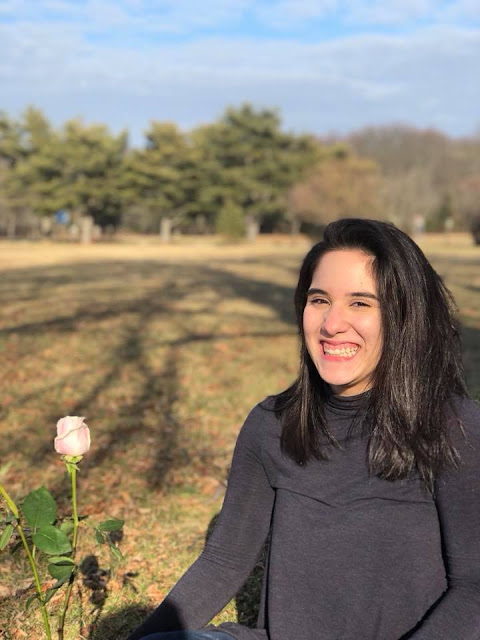 “Speak Spanish to us,” said my aunts and uncles as I responded to them with English words.


“Oh, that’s from your Dominican side,” my dad stated when I had too much of an attitude as a child.

“I won’t get you yogurt if you don’t ask in Spanish,” my grandmother said to me when I was five years old and requested a snack.


“I’ll give you twenty dollars if you say five sentences in Spanish,” uttered my Titi Milagro when I sat listening to the lecture as to why I should know how to fluently speak my family’s native language.


Growing up, these comments were spoken to me as I was a 100% Hispanic while barely knowing how to speak Spanish. As both a Dominican and Puerto Rican, I have been discriminated upon by both sides of my family for not being Dominican enough, not being Puerto Rican enough, or not being Hispanic enough all together. My mother is a Dominican immigrant and my father is a Boricua/Nuyorican (New York Puerto Rican), speaking the slang of the area he grew up in. Both speaking Spanish, I have always been questioned as to why I do not. My brilliant, persistent mother was an Emergency Room technician before I was born. Instead of being able to focus on her work and her tasks, she would constantly be pulled aside by doctors, nurses, and registrars so she could translate to/for a patient. This is the last thing she wanted us to experience as grown adults because she wanted us to work without disruptions. In addition to this, my older sister was put into ESL (English as Second Language) for not knowing enough of the English vocabulary. Ripping the accent and language from my sister’s tongue, my parents vowed to speak less Spanish around us in fear of it holding us back in school. She and my father “wanted to assimilate us into a culture that would not right away put up their guard against us because of our accents” (Rodriguez). However, not knowing the native language of my family, I have been teased and judged for being too “Americanized.” In addition, my background allowed my relatives to consider my sister and I “the mutts of the family” (Soto). Dominicans and Puerto Ricans have such a rivalry; it is hard to be accepted on either side. Throughout my life, I have found myself torn in both directions to be one or the other, forced an accent while around my family, and tried to win both sides’ acceptance through speaking a broken language with an accent that was not considered correct.

However, after reading Gloria Anzaldúa and Emily Rivera, talking to certain family members, and watching Randy Pausch’s “Last Lecture,” I have realized I am so much more than a mutt of two feuding countries; I am the product of understanding between two unique cultures that is blended perfectly from the fragmented pieces that fell together to form a new generation of people willing to fight for their individuality. As I got older, I realized how unnecessarily segregated the two cultures were toward each other as well as how much of an outcast I felt myself to be in my family. I had always been a bit different from the rest of my primas due to the fact that I do not speak fluent Spanish and am not pure Dominican. This idea of being an outsider stemmed from my grandmother’s resentment toward my mother for marrying a Puerto Rican man. Maturing as years went on, I realized this disregard toward my father carried on to favoritism of the grandchildren. Compared to my purebred cousins, my grandmother has shown to be more loving and appreciative of them. At fifteen years old, my cousin was given four pandora rings and $200 to go shopping for her quinceñera, when I was not even given a feliz cumpleaños. My cousins are rewarded for accomplishing a score of 90 on a test while I am not recognized when I have a 95 grade point average for all four years of high school. Not only am I treated differently than everyone else, I am forced to experience the comments of my abuela toward my father, like calling him un baboso, making me feel as if the comments are partly meant for me, too.

In Plato’s “Allegory of the Cave,” a man leaves a cave, becoming enlightened from a sun never seen by him before. This man, who tries to show his former cave members that there is more than what they have ever known, is shunned and resented for disrupting the peacefulness. My family is equivalent to those in the cave: close minded and unwilling to look at anything different from what they know. The enlightened one, who was different and attempted to show the others what is out in a universe nobody knew existed, is me. The only difference is that I was never in the cave to begin with. 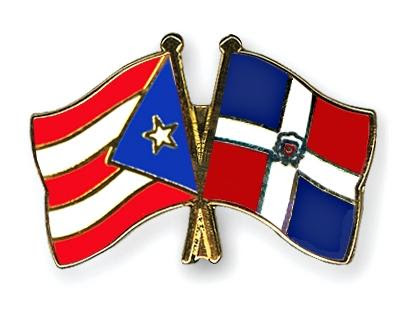 Not only being Dominican and Puerto Rican, I am a Hispanic who does not speak la lengua effortlessly. Growing up, I had to explain my lack of fluency to every family member at every family gathering. To make it worse, I forced a fake Spanish accent and listened to music that was more accepted by my family. I acted like I was totally la raza, but like Emily Rivera, “I hated every second of not being able to be my entire self” (Rivera, par. 2). Listening to more salsa to appease my Puerto Rican side, listening to more merengue to please my Dominican side and trying to stay neutral enough in order to resonate with my Americanized friends in school, I felt as if I was in a tug of war with myself, pulled in all directions in my desperate need to fit into the many situations I faced growing up. Living in the borderlands was my most significant issue. As Gloria Anzaldúa put it, I was “half and half” and was “caught in the crossfire between camps...not knowing which side to turn to [or which side] to run from” (Anzaldúa, 412). Most of all, I wished “[I] was a purebred and not a mutt” (Mendoza).


After years of thinking I was an unwanted breed of Hispanic, I read “How to Tame a Wild Tongue” by Gloria Anzaldúa. Speaking of her Chicano background, Anzaldúa felt the judgements from those within her community. Chicanas who “spoke Chicano Spanish internalized the belief that [they] speak poor Spanish” (Anzaldúa 415). Like me with my family members, Chicanas are “afraid [others] will think we’re agringada because we don’t speak Chicano Spanish” (Anzaldúa 415). I felt less alone reading this and more intrigued as to how she responded to it. Anzaldúa realized that instead of “living in the borderlands,” we are “straddling the borderlands” (Anzaldúa 418). I am not one or the other. Like Gestalt theory suggests, I want to embrace my three identities. I refuse to perceive myself as nothing less than a whole self which is greater than the sum of her parts. I am Puerto Rican and Dominican as well as American all at the same time. Many Hispanics feel confined to the walls our culture and families put up for us, but it is unfair “to put us in a box” (Rodriguez) and constrict or limit a person for not being like the rest. Perhaps my generation in America, standing on the shoulders of our Caribbean abuelos, will no longer need to worry about our differences but come to see our heritages co-existing in equilibrium. “There is more unity than anything else” (Reyes). Check the way our hips move as we dance to the beats our ancestors gave us, the way we cook arroz, habichuelas, platano maduro, y pernil, the way we gather together around the dinner table every night.


In Randy Pausch’s “Last Lecture,” he speaks of how brick walls are there to give chances. For many years I thought that I was an outsider. However, these brick walls let us “prove how badly we want things” (Pausch). Overcoming this idea of not being able to appease every side of who I am, I have broken down this brick wall representing a separation that should not have existed in the first place. There is neither being too Dominican or too Puerto Rican. There is no existence of being too much of this, too much of that, or not enough at all. My entire life has been conflicted by not allowing myself to be anything at all or everything at once. However, I have realized that I am more than just someone who cannot roll her R’s, more than someone who does not “look Hispanic,” and certainly more than a person who has been treated like an unwanted dog given the scraps of the true Hispanic experience. Por favor!


Who I am is not the separation of multiple cultures; I am the harmony amidst raging storms. Being a perfect combination of the good and bad of each, I am the loud Dominican one can hear from down the hallway, the quiet Puerto Rican who moves rhythmically  to the music of Hector Lavoe, and the American who takes pride in being a part of a nation with such diverse heritages. The unique creation of an unconditional love between two people who saw past their backgrounds, I am the product of the broken parts of a puzzle that somehow fit perfectly with one another. 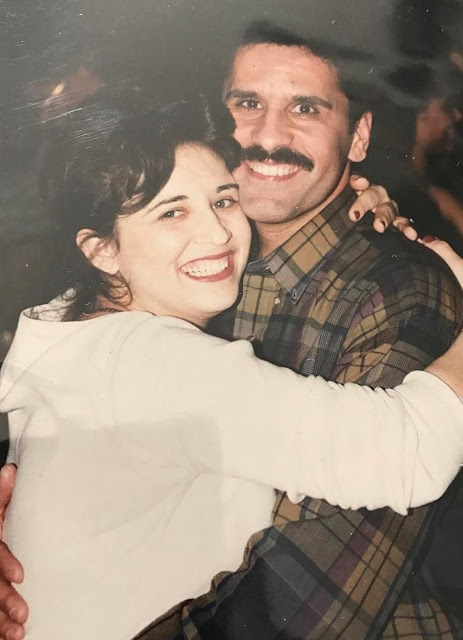 Posted by Taking Giant Steps Press at 9:07 AM