Looking back at last month’s celebrations of Walt Whitman’s 200th birthday, it is clear why America needs Whitman’s unifying vision now more than ever. 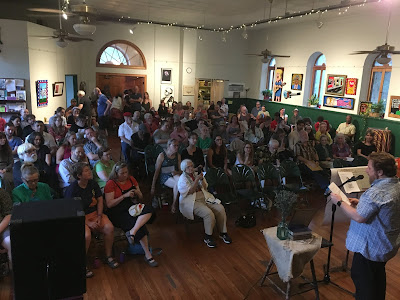 “Poetry is meant to be heard—it is an oral tradition,” said Rupert Fike, the emcee and organizer of Poetry Atlanta’s marathon end-to-end reading of “Song of Myself” on the 200th anniversary of Whitman’s birth, one of many such celebrations around the world. (Photo: May 31st, 2019 at the sanctuary of Atlanta’s First Existentialist Congregation.)


One morning back in 1979, in Beacon, NY, Pete Seeger took the empty seat next to me on the long train ride down the Hudson to Grand Central Station. I didn’t notice it was the famous folk singer until a few stops later. I was reading, focused on Walt Whitman’s poem, “Song of Myself.”


When we made eye contact, he glanced at my copy of Leaves of Grass and asked if I liked Whitman. I said I liked Whitman a lot. Then I asked him the same question. He turned and stared straight ahead, as if he were trying to identify something far away.


He finally said, “I like Woody Guthrie’s line about Whitman.”


He then intoned: “I must forever and ever stay away, from the wallowing waters of Walt Whitman.”


Yes, Whitman wallowed. He did so with such wild exuberance; it made some want to “forever stay away.” But where some stood along divided shores, Whitman swam in a single sea.


Without having to get all wet, we can gain clarity through Whitman’s vision for America. While Whitman drew upon ideas from great thinkers of his day and from those of prior eras, his is a vision grounded not in abstractions, but in his connection to Nature and in the related voice he took on, as a representative of common American men and women.


As the Atlanta-based poet Rupert Fike said in a recent interview with Atlanta’s NPR station, (City Lights: Poets Rupert Fike and Kodac Harrison, 5-30-2019), “Whitman was a ground-breaker in going conversational, and in speaking in the voice of the common man and common woman.”


Fike also noted the key role Whitman played when it comes to the development of free verse. Most poetry in the English language before Whitman, according to Fike, “was metered and rhymed, and was mostly meant for the upper-class Englishmen, but Whitman broke those boundaries. And we owe Whitman a great debt of gratitude to this day, for creating this American voice that goes on now through songwriters and rap artists and many others. He was a liberating influence, and his words still resonate today.”


Along with his love for common men and women, Whitman also had a great love for all that we have in common, and he defined democracy in precisely such terms. Whether one wants to “stay away” from his poetry or not, none of us should stay away from Whitman’s call in “Song of Myself” for a democracy where we “accept nothing which all cannot have their counterpart of on the same terms.”


Whitman’s call for democracy holds all of our rights in common. Now, tribalistic views tend to pit one group’s needs against those of another. An example in recent decades would be the idea that a law banning unfair discrimination against a minority ethnic or racial group is equivalent to “reverse discrimination” against the majority group.


Whitman drew many other important circles of commonality, rather than dividing lines, in his poems. In “I Sing the Body Electric,” he proclaims the unity of body and soul. And in “Goodbye, My Fancy,” and “Crossing Brooklyn Ferry,” he expresses oneness between himself and his future readers.


While some may view the common circles Whitman drew as “feel good” poetic devices, for his devotees they are transcendent truths.


The most important lesson for us today has to do with the common message that runs across all of the different circles of unity Whitman drew, because it is a message that helps to counteract the blindness that arises when we label everything in divisive terms.


Even where the labels that divide seem real and true, we gain a sense of balance and wisdom if we can carve out even a fleeting moment in which to step back and look at the grander reality where our precious labels are meaningless.


Throughout the wide sweep of the 52 verses of “Song of Myself,” Whitman brings everyone into a circle of oneness, famously writing “I do not ask the wounded person how he feels, I myself become the wounded person.”


In the opening of “Song of Myself” Whitman wrote something that some people take as a mere analogy, when it seems clear that he was also reaching for something grander. It is in the third line of the poem:


I celebrate myself, and sing myself


And what I assume you shall assume


For every atom belonging to me as good belongs to you.


You can read the third line above as saying: “As good, every atom belonging to me also belongs to you.” In this way, Whitman draws a circle around “me” and “you,” making a unity of identity, instead of a mere “as good as” type of comparison. (Tellingly, Whitman removed the comma from “for every atom belonging to me, as good belongs to you” after his first few editions of Leaves of Grass, and had it as shown above in his so-called deathbed edition.)


We may think it is too difficult to have such a deep sense of empathy with everyone. Can’t we simply apply the Golden Rule instead? But if we allow ourselves to feel even an inkling of this sense of unity, it is more powerful and real than abstractly telling oneself, “I need to do unto others as I would want them to do unto me.”


Consider how we may now tend to think of the voyage in 1620 of the Mayflower as something closer to nature than, say, a cross-country drive in a nice new 2019 pickup truck. But in another 400 years, it is likely the pickup truck will be viewed as being similar to the Mayflower 800 years earlier, with people saying things along the following lines: “Look how much closer to nature this car and ship were than our warp-drive starships—all of their components were made from terrestrial plants, animals, and minerals, and they were both fueled by energy directly from the Earth!”


Labels become blinders. We think we know what we mean with the label “nature” and the label “technology.” But what matters, ethically, is what we do or don’t do as a result of how we apply those labels. This is where we can gain some healthy confusion, if not clarity, from the circle of unity Whitman drew around the two.


By healthy confusion I refer to our asking questions that help us clearly examine (and consider partly erasing) the hard and fast lines we have drawn. For starters, let’s note that we romanticize nature’s awesome power at times, while at other times we seek to protect it like a fragile baby.


Some people oppose sustainable approaches by insisting that economic growth comes first. They believe the prime importance of economic growth should allow us to use technology to treat nature as a resource we can exploit, even though the long-term result of unchecked over-exploitation is economically ruinous.


Other people view rolling green meadows, and fields of corn or wheat as being “natural” even though they are the product of thousands of years of interactions where human beings deforested vast regions of the planet and domesticated wild plants into more productive varieties.


A related (and deliciously confusing) insight comes from the author of the best-selling book, Sapiens, Yuval Noah Harari, who argues that we may be giving ourselves too much credit when we claim that human beings domesticated wheat—step by step he shows how it is much more likely that wheat domesticated human beings.


Armed now with our “healthy confusion” we can look with fresh eyes at how, more than 150 years ago, Whitman expressed wonder at the renewal that occurs every spring, and wrote, “Now I am terrified at the Earth, it is that calm and patient,” in his haunting poem “This Compost.”


In a similar state of healthy confusion, we can look at Whitman’s poem “By Blue Ontario’s Shore,” where he lists “Log-houses, clearings, wild animals, hunters, trappers,” but then also includes “multiform agriculture,” as well as mines, factories, and “labor-saving machinery” in the same list!


In the radio interview referenced at the opening of this piece, the host, Lois Reitzes, mentions how Whitman looked back with nostalgia at agrarian life. This is a romantic and unrealistic view, one where we forget that log cabins often had door-latches made with iron from mines, and rugs made with labor-saving machinery, from farms’ wool or cotton.


Whitman was actually looking forward. Multiform agriculture and labor-saving machinery were the high technology of Whitman’s day, along with the first use of electricity for communication—the telegraph. Whitman used the word “electric” in several poems, perhaps partially because it is a beautiful and exciting word, but also because it is a force of nature and was a new technological marvel in his day.


Fear the mellow sweet, the sucking of honey-juice,


Beware what precedes the decay of the ruggedness of states and men.


Fundamentally, when we draw a line between nature and technology, we lose a certain level of connectedness. We have to revisit how we use those labels. In some situations they shed light. But in other situations, we are better off dropping the labels so as to see the presence of a fundamental larger unity. If we focus how we use technology so as to be more aligned with nature, the economics of decisions will take into account the longer-term perspective required for healthier lives for future generations.


Similar benefits come to the forefront when we approach other lines we have drawn. Remembering we live in our body, and it is connected to our soul, enables us to be more present, simply breath, and to think and live in a healthier manner. Similarly we may need to keep a line between “I” and “you” to negotiate in a business or job situation or to make our way through traffic jams or to balance our checkbooks, but occasionally erasing the line between “I” and “you” is still a good way to get past resentments and to reconnect with a healthier way of looking at our relationships with one another.


Whitman’s circles of unity force us to find the common factors that unify the things we label as being separate. It is, ultimately, as simple an observation as saying two divided by two equals one. But simple is not easy!


So whether we enjoy wallowing with Whitman or not, when it comes to addressing challenging issues we face as Americans, let’s honor Whitman’s great vision by tapping into “nature without check,” and a sense of our unity with everything. And everyone. 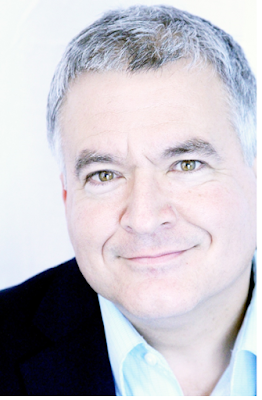 
Peter Arvan Manos has written extensively about renewable energy and smart grid trends in Transmission & Distribution World and his poems have appeared in The New York Times, AbstractMagazineTV.com, Yellow Chair Review, and other publications.

The three quoted poems utilize Whitman’s final edition of Leaves of Grass. The referenced page numbers below are from the Walt Whitman Archive at this link: Leaves of Grass (1891-92)

Posted by Taking Giant Steps Press at 6:30 AM