Horribly Evocative, Grossly Inspiring: All Too “Swept Away” by Sofie Ramirez 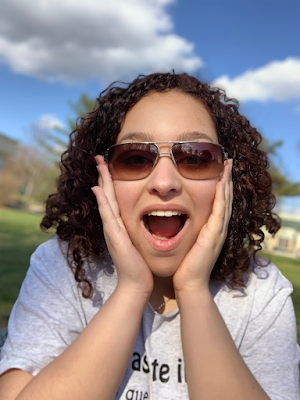 Horribly evocative---these are the words I first used to describe Lina Wertmuller’s Swept Away. Watching the film elicited a very harsh emotional reaction and evoked some painful memories that I would have rather avoided, but Swept Away was created for that very reason. What I once took as the romanticization of a horrible issue was actually the opposite; Wertmuller made this film so that people could no longer hide in the silence of issues such as sexual abuse and rape. It feels as though she had accessed all of these negative feelings for the sake of change so that, instead of staying trapped in fear, I felt a call to action. She showed such inhumanity in her film so that we could strive for humanity in our everyday lives.


I realize now that the film was an attempt “to force [the audience] to think critically on societal issues with an objective morality, without romanticism or hatred of different concepts in their entirety, and by union of the most beneficial aspects of each system to create an objectively better world” (Hoffman, par. 7). However, I have to admit that my original reaction was not so comprehensive. Upon first seeing the movie I was devastated; I sat there with tears streaming down my face wondering why I needed to watch such graphic things. Some memories that I had been denying, things that I pretended never happened, were fighting their way up to the surface, and I blamed the movie for causing me so much pain. Clouded by anger and disgust, I was willing to accept the film’s criticism as an insult to women everywhere, pushing the feminist movement back for years to come. But more importantly, I was ready to sit in silence once more, thinking I could go back into my bubble, to lie to myself and say that things as horrible as this did not really happen to people and that it never happened to me. But then I was faced with a question, “What are you going to do: stay shocked or use those emotions to empower yourself to make change through your writing?” (Gottwald). So now I look at Swept Away with the new lens of social reform. I want to be a part of the conversation that Wertmuller has started. I went from seeing Swept Away as horribly evocative to grossly inspiring.


It was not an easy feat to go from being absolutely disgusted by this film to using it as a catalyst for both personal and societal change. This issue became especially apparent during class discussions as the only things I would ever discuss were the scenes of graphic violence and rape. The nuances of the film were not lost on me; I understood the hypocrisy and sanctimony of it all. It was “incredibly ironic that the communist, who ostensibly fights for a classless society, sets up a diminutive sexist hierarchy as soon as the reigns are his to snap” (Hoffman, par. 5). I understood that through throwing away the shackles of society Gennarino and Rafaella could give into more primitive desires and live with no restrictions. I saw this, I truly did, but no matter what angle the class presented, my mind was ever fixated on the rape---but more so than that, the denial that rape had ever occurred. After days of class discussion, I had heard many people say that the scene in which Rafaella was chased, beaten, stripped, pinned down and eventually has sex with Gennarino (while unfortunate) was consensual because she technically agreed to it (Wertmuller, 01:06:00). Some argued that Rafaella was given a choice and did not have to sleep with Gennarino, but she did so repeatedly so it could not be counted as rape. The illusion of free will makes it so easy for people to deny that rape has occurred, but there is a danger to taking the word yes at face value and refusing to see everything that was manipulated in order to elicit that response and this manipulation has a name. It is called sexual coercion and it “is unwanted sexual activity that happens when you are pressured, tricked, threatened, or forced in a non-physical way” (Office on Women’s Health, par. 1). Rafaella faced the threat of starvation, physical abuse and even murder (Wertmuller, 01:32:00). When thinking about her options and the freedom she possessed in her situation, she tells Gennarino, “I feel like that rabbit you killed” (Wertmuller, 01:15:00). She saw herself as nothing more than prey that was hunted down and slain by a predator, a pitiful creature with no autonomy whatsoever. “Swept Away is not portraying the love between a tamed woman and the dominant man who puts her in her place; rather, it is a story about a cold mockery of love born from fear and abuse meant as a means of survival, not affection” (Knight, par. 2). Someone who has sex under these conditions does not do so out of genuine consent but out of a feeling of helplessness.


Wertmuller succeeded in her task to spur a homeostatic upset which forced me to come to terms with the reality of my own situation as well as the injustice of the world. Her film was powerful not only due to the vivid portrayal of issues of domination and sexual abuse but because of the social climate that she drew upon as a model for her story. Wertmuller created this film during the cinematic movement of Commedia all’taliana, “the genre [that] came in response to political unrest (legalization of divorce, abortion, etc.), poverty after WWII and other social issues…  as a way to talk about serious topics without creating something that felt like a lecture” (Garber, par. 2). Even though Wertmuller’s work served as a criticism of Italy in the Seventies, it also serves as an accurate commentary on today’s society.


One issue plaguing society that not only allows but encourages violent actions like those committed by Gennarino is the mentality of toxic masculinity. This idea that “men had to be tough, had to be strong, had to be courageous, dominating — no pain, no emotions, with the exception of anger — and definitely no fear; that men are in charge [and] women are not” (Porter 0:11)” is the reason sexual violence occurs. Toxic masculinity is not a natural mindset; it is a learned behavior, “a sturdy, poisonous branch on a tree built from social constructs” (Marking, par. 6) and it is constantly reinforced. While some men are taught to put masculinity “on the chopping block” as they know “its culture attempts to disguise dominance as benevolence… [that] has normalized values that debilitate not only men but women as well” (Gottwald, par. 9), these men are few and far between. The majority of “men are taught to… view [women] as property and the objects of men… an equation that equals violence against women” (Porter 09:20). This perception does not say that all men are doomed to commit such atrocities as the ones that were done to Rafaella or the ones that were done to me; it is to say that men are much more likely to commit these acts if society constantly encourages the mindset that men must dominate, regardless of the consequences. Toxic masculinity takes the blame off of men, as it is their right to control, and in some cases even shifts the blame onto women. When confronted with the horrifying reality of rape, some people will say things that echo the mentality that the woman “asked for it,” as “if these women [had] acted as society dictates a proper lady should, perhaps the men would not feel the need to break them down and build them back up again” (Rudegeair, par. 3). This “taming of the shrew” creates a vicious cycle of enablement, as men are encouraged to be sexually aggressive and submission, as women are taught to be meek and obedient.


Demanding social change and reformation is not enough when one does not have the complete knowledge of the systematic oppression that needs fixing. That is why, though it is shocking, it is important to “represent the decades of damage done by previous generations that lived in the shadow of ignorance all their lives. [So that] young people are forced to ask themselves the question: if it were up to me, how would I repair the broken heart of the world?” (Storms, par. 7). It is easy to stew in anger and point fingers at Wertmuller, to claim she is not a feminist and that her film is just an actualization of the male fantasy or a romanticization of rape (Ebert, par. 2). It is much harder to accept that Swept Away is something that we need to see in order to wake up and see how we have been socialized so that we may take back the narrative of sexual abuse. Wertmuller’s film is a testament of strength and shows that “victims have the ability to leave their abusers and regain their freedom, and that women do not have to be tethered down by men that wish to control them” (Knight, par. 8). Watching the film provides the audience a chance to shed light on the dark chasm of rape and to help pull people out of it; it is a chance to say “I am in pain and that’s okay; I need help and that’s okay. I don’t need to keep what happened to me a secret, and I don’t need to be ashamed. I was victimized but I refuse to be a victim, and I will not let this hold me back for the rest of my life” (Ramirez). This film gave me a realization that now is the time to take back my power and to live my life free from the fear of victimization. I will not be swept away by empty promises, but instead demand real change. Regardless of whether or not it is proper, I will be grossly inspired to find my voice and never let anyone take it away from me again. 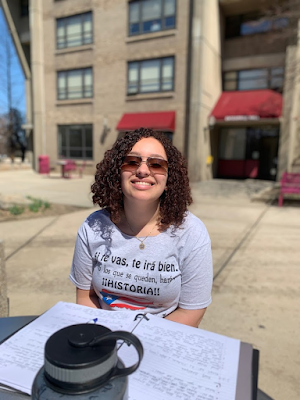 
Knight, Lindsay. “Swept Away: An Illusion of Affection Stretched Too Thin”. 18 October 2018.

Posted by Taking Giant Steps Press at 7:07 AM