The Delicate Art of Communication by Ashley Orellana-Melendez

It is truly a beautiful thing to feel understood. As social creatures we crave this kind of companionship; it is in our nature. We are most comfortable in environments in which we can share our ideas, values, and beliefs with others free of the fear of being oppressed or judged. As a result, we seek out this safe haven anywhere and everywhere that we go. However, while this level of human communion is a common goal amongst our species, it is not easily attained. The problem that often arises is that we listen to react instead of listening to understand; we speak with the intent to dismiss instead of uplift. Lina Wertmuller’s Swept Away subtly hints at the breakdown of communication that has been occurring in Italian society. Through displays of both physical and verbal abuse, Wertmuller ably proclaims the lack of understanding as the root of sociopolitical turmoil. This film shows that communication is one of the most powerful weapons in our arsenals that could lead to devastation and destruction if abused.


In order to completely grasp the message that is being transmitted through Swept Away, it is vital to understand 1970’s Italy. At the time, Italy was a hotbed of social and political activism. Stark differences in the end goals of many individuals lead to the division of the country into two extremist parties, Socialists and Communists (Weston, par. 23). And while both groups were on completely opposite sides of the political spectrum, they did share one thing in common: the inability to give an inch. This impotence on their behalf opened the floodgates for violence. Bombings and shootings began to take place under guise of the greater good.  “Right and left wing extremists took arms to try to transform the Italian state according to their own visions” (Ancos, par. 4). In the midst of these countless acts of domestic terrorism, the Italian 1970s were fittingly coined with the term “Anni di Piombo,” which translates to “Years of Lead” in English. As these events continued to occur, it seemed as though compromise was unattainable, creating an atmosphere of severe animosity. 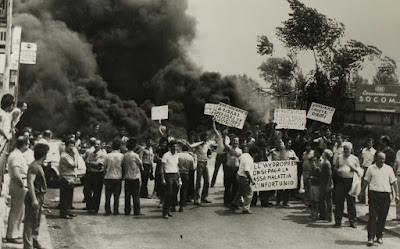 It is evident that Wertmuller draws inspiration from the tensions that were rising in the 70s. The opening scene cleverly mirrors the hostile undertone of the Years of Lead while portraying the breakdown of communication that continuously plagues generations. Swept Away opens with a compilation of beautiful oceanic shots. The camera shifts from boats gliding along the water to families of people snorkeling and exploring caves. The scenic views are backed by an acoustic soundtrack, creating an ambience of serenity. Just as the wave of tranquility begins to set in, we become disoriented by the squabbling of Rafaella and her husband. The camera veers away from the picturesque coastline and becomes fixated on the bickering couple. The two argue over political issues such as abortion and divorce, failing to see eye to eye on these matters. It does not take long before their somewhat civil dispute turns into a full-fledged yelling contest. The husband, representing the Communist party, goes from saying “Alright, Rafaella let’s enjoy this beautiful place—please, it’s a paradise just as you said” in an attempt to diffuse the quarrel, to shouting “That is nonsense! You’re crazy, try and discuss something you know” (Wertmuller, 00:04:03). This dramatic change in tone from prudence to condescension causes viewers to feel uneasy, leaving us with the urge to pick a side in this argument. 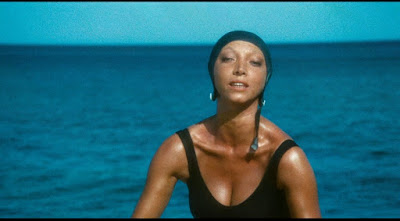 Not only does this scene expose viewers to a broken form of discourse, but it also reflects the communication styles that were prevalent amongst members of both the Socialist and Communist parties at the time. Rafaella, a progressive socialist, continues to push on the leftist front and shouts out to her husband, “You Communists are all the same. To conciliate the priest, you were ready to oppose passing a divorce referendum” (Wertmuller, 00: 04:15). It is clear that she has an undeniable passion for social reform; however, the way she goes about voicing this passion falls flat due to her inability to keep her feelings in check. This is known as the “attitude barrier.” It occurs when one feels strong emotions like anger or unhappiness, resulting in the halted effectiveness of communication. This barrier makes one less productive and cooperative (Vu, par. 9).  Her husband responds to her remarks angrily, saying, “Thanks to ten million Communists votes pushing the whole thing through, you’ve got divorce in Italy!” (Wertmuller, 00:04:19). Instead of recognizing the effort that the Communist party made to get divorce laws, Rafaella brushes it off and moves on to the next item on her list. She says, “Yes, that’s fine, but how about abortion? No one mentions it!” to which her husband replies, “How ignorant you are. You don’t seem to understand anything. The Communists are considering a bill right now on abortion. But you can’t mean free abortions! Now look.”  Perhaps predictably so, Rafaella retaliates with: “Free, that’s right! All abortions at no cost, or you must allow us the right to advertise contraceptives on TV.” Having had enough, the husband dismisses her and says, “Screw off; go on, Rafaella” while motioning her to leave him alone. It is important to note that the two failed to come to a consensus, as if they had learned nothing from one another. After having gone through that whole ordeal, they are both still stuck in their ways.


This short but intense interaction parallels the real-life exchanges that happened between the rival political groups of 1970s Italy, due to the fact that they were also unable to work towards a solution together (Weston, par. 18). It can be said that this scene is not exclusive to the communication, or the lack thereof, between the Socialists and Communists at the time. In a way, this small part of the film is a call to action that is still ringing in the ears of today’s generation. The only real difference, though, is that instead of debating divorce and abortion, we are struggling to come to a terms on immigration, gun laws, and so much more. The same problem remains: we fail to let go of our addiction to being right in order to effectively express our ideas. As a result, we move further and further away from compromise and closer to mutual devastation.


As the plot progresses, we are introduced to a new dynamic: the interactions between Rafaella and Gennarino, an alpha Communist crew member. Starting out as an emotionally strained relationship, Rafaella demeans Gennarino in every interaction. She lets her stereotypical thoughts take control of her conversations with Gennarino. After a while, it seems as though she purposely approaches him in ways that are sure to ruffle his feathers. For example, she makes Gennarino re-cook the spaghetti to her liking. Later, she makes him change out of his shirt because it is too “sweaty” and “smells.” These bossy behaviors on Rafaella’s behalf are clear exploitations of her social power. Wertmuller portrays this class gap by keeping Rafaella and her friends on top of the boat while keeping Gennarino and the crew below. Because he is getting paid by this “rich bitch,” Gennarino cannot express his disdain towards her. Instead, his anger fills up within him for as long as they remain on the boat. We soon see how their inability to express themselves in a respectful way leads them into devastating territory. 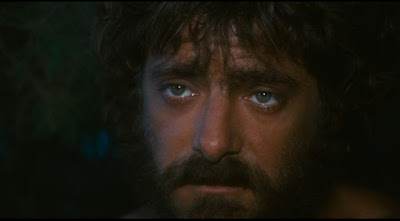 The idea that ineffective communication largely contributes to our social troubles is further reinforced by the physical abuse that is shown once they are marooned. One afternoon, Rafaella gets the bright idea that she wants to take a swim. She not so nicely asks the captain to have one of the crew members set up a dingy so as to take her out into the ocean for her plunge. Out of pure misfortune, Gennarino was ordered to carry out the task. As he is setting up, he notices a change in the tide and tries to persuade Rafaella to reconsider her swim. A thick-headed person, she refuses to pay mind to his concerns and decides to go anyway. Rafaella’s failure to listen results in the two getting shipwrecked. 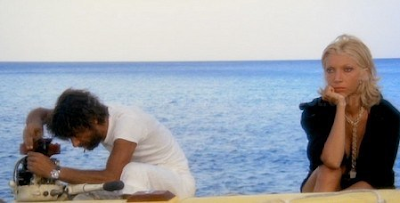 Upon landing on a remote and deserted isle with no civilization binding them, emotions begin to run higher than before. After having had enough of Rafaella’s “bitchy” remarks, Gennarino snaps and begins to clobber her. As he strikes her, he says things like, “Now you’re going to pay for every single one of them, you ugly social democrat whore!” (Wertmuller, 01:08:15). With every beating that he administers, he associates a different hardship that he has gone through. He says, “That’s for causing inflation and not paying taxes” as he smacks her, and “That’s for raising the prices of meat and cheese, and the fares on buses and trains and the cost of gas” as he kicks her around. Here Gennarino has lost the levelheaded civility of resolving matters through discourse. He engages in violent deeds because he has exceeded his breaking point. This act of using brute force represents the fallout of violence that resulted in the Years of Lead. But in this case, instead of fighting back, Rafaella attempts to stop Gennarino from striking again by using reason. She says, “But why take it out on me? All of that isn’t my fault” (01:09: 45). Gennarino, though, continues to assault her and demand obedience. We should consider his actions as a vain means of communication that transcends its basic textbook definition. To communicate entails so much more than just speech; body language and physical signs can often say just as much, if not more, than words. 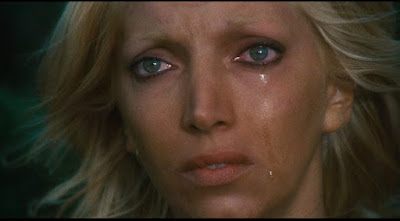 Healthy and stimulating conversation with others is one of the principles that our society was built on. Without it, we probably would not have made it out alive of the Stone Age; it is key to our overall survival. The open forum to discuss our thoughts and ideas is the fundamental cornerstone of civilization. Swept Away shows that when we cease to communicate effectively, we open ourselves to a world of emotional and or physical hurt. It is when we flip the switch and decide to listen with the intent of understanding a fellow soul and speak with the desire to elevate that we reap the vast joys that come from the delicate art of communication. 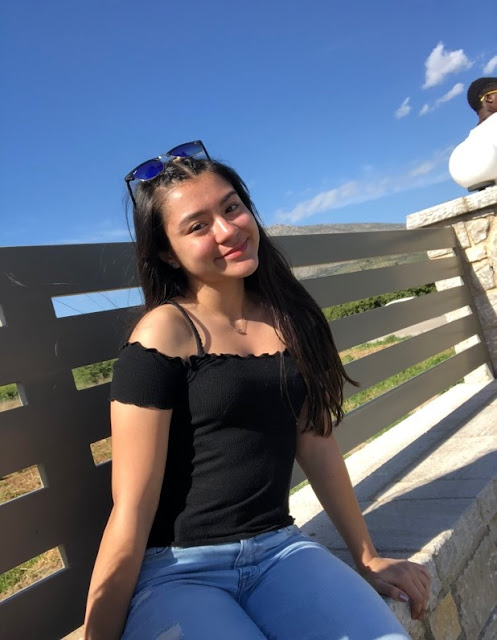 Posted by Taking Giant Steps Press at 4:19 AM