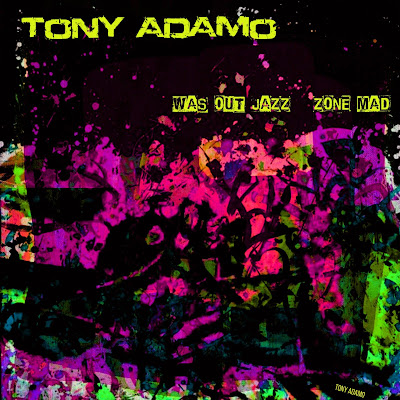 This review was first published electronically by All About Jazz

Kirpal Gordon: As a bassist, composer and arranger who has worked with spoken word artists and vocalists, what did you make of the blend that Tony Adamo and his band created in his latest release from Ropeadope Records, Was Out Jazz Zone Mad? The first thing that jumps out to me is its jazz-funk-blues direction driven by that Hammond B3 organ and guitar.


Benny Gottwald: I was immediately hit by the power of that B3; Roger Smith and Mike LeDonne are not messing around! Another voice that jumps out to me, as a bassist, is Mike Clark’s superb drumming. He threw me for a loop! First he comes in with feel-good swing pockets on tunes like “Birth of the Cool” only to contrast that with his highly syncopated funk grooves in “Fly, Jump, or Die.” Clark speaks to the diverse and capable krewe at play on this record. Sticking with “Birth of the Cool,” I was also highly impressed by Adamo’s layering of references to the jazz canon; on that track, most obviously named in honor of Miles, the cat talks about taking “giant steps ‘round midnight.” He’s got the energies of three greats—Monk, Miles, and Trane—all intermingled in one big mind of a song, and if you listen closely, you can hear the band comping on the changes to “Giant Steps.” You gotta dig that layering of influence, all compounding together, balancing out the musical and lyrical blend.


Kirpal Gordon: I hear you on the layering and the blend in
“Birth of the Cool.” Adamo is like a gone scat-singer
improvising in and out of the song form. He bends-mends-
soars-roars syllables of whack-a-doodle wonder, incredulity
and well-being on the chronic. He’s got that jazz DJ love of the
tradition, but now Hometown’s a blues shouter as well! He
sang some on Tony Adamo & the New York Crew, an earlier
CD, but he really stretches out with this band underneath him. You’re so right about the rhythm section, especially on the
opening track, “Rain Man.” With Mike Clark working that drum
kit, Adamo locks into that funky jazz feeling; it’s frisky, too. The
band is particularly steady and strong, throwing him invitations
to further his flow on two vocal tributes---“Bb King Blues,” a
blues shuffle, and “Boogaloo the Funky Beat,” reminiscent of
James Brown---and Adamo lifts off. He croons and then he
rhymes, then sings some more; after musical solos, he
improvs on the artists that he roll-calls to mind before returning
to the head. It’s a joyous dexterity: vocalese hoo-doo meets
the jazz tribute poem; spoken word spontaneity bursts into
song. He’s gone to the Gil Scott-Heron School of Crossover Crossroads, and the band is with him working deep grooves
that he slides his syllables through. The trick with funk is to
keep it greasy and not let the riff wear out its welcome. The
best example of the ensemble keeping its many parts well-
oiled is in the laid-back “Too Funky to Flush” (check “Stormy
Monday”), Adamo’s shout out to the Big Easy, its ettoufee and
its clave, its blues wisdom and its Congo Square drumming.
Let’s just say: smiles are guaranteed.


Benny Gottwald: Yes, “Too Funky to Flush” indeed had “black magic dancing in my veins.” I was immediately impressed by how such a lyrically evocative tribute to Nola could chill out on the axis of a smooth 6/8 feel. Talk about juxtaposition, especially when they hit the stop-time; that B3 keeps it real while Adamo paints a Big Easy portrait, letting the tune begin to cook just like mother’s gumbo. “Too Funky to Flush” is, of course, not the only tune where Adamo takes the sounds he’s heard in the street and throws them into the mix of a song. “Boogaloo the Funky Beat” does this big time. Yeah, one could couch it as a tip-of-the-hat to James Brown, but that funk won’t stay on the couch for very long; it’s a get-up-and-groove kind of vibe. Tony Adamo really is the chef on this record for sure, some lyrical spoken word benedictions here and some lofty crooning there. He tells us as much: “mixin’ it up now, home cookin’, rice and beans with cold beer on the side.”


Kirpal Gordon: Hey, Adamo is a force of nature. Now if we’re talking favorite track, I lean toward his tribute to Leon Thomas, “General T.” The band morphs out of guitar-organ funk blues to music that stuns and steps listeners into another dimension. Reverend Adamo marries his praise shouts to the spooky, trippy, atmospheric sound that drums, trumpet, bass, alto saxophone and piano lay down. Talk about a taste of Wayne Shorter’s “Iris” from the mid-Sixties Miles Davis Quintet: The band’s got tentacles reaching into space; they touch many stars. They comp, roll, weave, crescendo and wrap within and without Adamo’s recollections of Leon Thomas at the Village Vanguard. He describes General T’s approach as “Keepin’ his words zip-locked fresh,” but the same could be said of Adamo, whose power of jazz wit-ness never fails or stales.


Benny Gottwald: Adamo put me back in the Vanguard with General T himself. The Reverend is marrying musical elements left and right with unlikely beauty. Check the B3’s left hand on “I’m Out the Door,” giving hard swing and talking up a storm with the drummer—Joey Defrancesco and Billy Hart would be proud! One listen to that track and I am sitting in the studio while Bobby Hutcherson plays his last record, enjoying the view while the cats come out to play chorus by chorus. If you had to get my favorite track on this record, it might just be that one.


Kirpal Gordon: Taken all together, his tales and regales on these tracks celebrate his love of this musical art form. He’s acknowledging, much like Walt Whitman did on opera, that funk-jazz-blues is a manifestation of his muse. And like our national bard’s “Song of Myself,” Adamo’s song-poems celebrate his own exodus from the Moloch madness of Western civilization and his initiation into a deeper experience of meaning via the jazz life. No wonder he’s enthusiastic. He’s escaped the asylum. It’s all there on the final track, “Fly, Jump or Die.” Adamo mixes tales of his Bronx neighborhood jumping from building to building eight stories high with observations on how a tenor saxophonist flies, jumps or dies their way through a solo followed by a guitar solo that flies, jumps and re-births his theme. A smart end to a new direction from Adamo and krewe. Click this for more: https://ropeadope.com/artists/#/tony-adamo/ 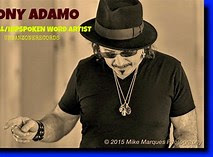 Posted by Taking Giant Steps Press at 6:21 AM