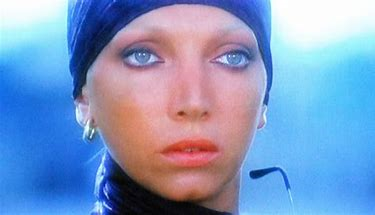 "You can be the servant for me because women were meant to serve men!" (Wertmüller 00:59:32). Creating controversy among its crowds at its initial release, Swept Away is known notoriously for offending feminist audiences. As the overwhelming tone of the patriarchy created its prominence in Lina Wertmüller’s film, I was reminded of the oppression that branches from my own ancestral roots. I was lucky enough to have the opportunity to grow up in the United States and not fall into the submissive patriarchal culture of India. However, as a bystander in my own culture, it dawned on me that the character of Raffaella was merely exposed to the oppressive patriarchal cultures many women endure worldwide.


For centuries, India followed a caste system, and despite their differences, the one thing they could all agree on was that women were inferior to men, a view that the male characters in Swept Away seem to be strongly in agreement with. According to an article from the from the Huffington Post, "The vast majority of Indians (64%) are of the view that the role of women in society is to become good mothers and wives and they should focus mainly on home" (par. 2). When a girl is born in India, she only has one purpose in life: to be trained to make the perfect wife and mother to her future husband and kids. From as young as seven-years-old in certain parts of India, girls spend their days with their mother learning to cook and clean, so they may be the perfect servants to their husbands in the future.


Wertmüller opens her film with Raffaella in a heated, politically based argument with her husband. As she expresses her anti-communist views and beliefs on abortion policies, her husband is shown immediately proposing his rebuttal in an attempt to belittle her opinions (Wertmüller 00:04:24). It is from this scene that Wertmüller manages to carry the theme of women's oppression throughout the film. Similar to Raffaella, women in India were often discouraged from speaking their minds, particularly in political matters. Furthermore, they were expected to adopt their husband's political beliefs after marriage. Raffaella's independence deteriorated as she became dependent on Gennarino much like the millions of Indian women that were forced into an arranged marriage. 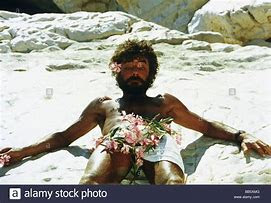 Gennarino was quick to recognize that Raffaella wouldn't be able to survive without his assistance in obtaining food and put her to work. It was in the next few scenes that Raffaella’s life reflected the life of the average Indian woman. While many filmgoers and critics would argue that Gennarino was abusive towards Raffaella when he made statements such as, "My pants do get dirty and someone has to wash them" (Wertmüller 00:54:25), household labor is part of everyday life for many women in India. Additionally, I noticed in class that many of my peers began to feel bad for Raffaella when Gennarino demands chilled water and cooked fish (Wertmüller 01:04:57). Upon observing their negative reaction, I began to doubt my feminist qualities: was I a bad feminist for not being phased by Gennarino's demands for food, or had I simply come to view this as a societal norm through witnessing my grandmother perform these tasks on a day to day basis throughout my childhood? In many parts of India, it is not uncommon for the man, the financial provider in the family, to come home from work and rest while the wife prepares dinner. Furthermore, in smaller villages, the wife is expected to serve her husband and in-laws dinner and wait until they are finished before she seats herself.


As unfortunate as it may be, societal norms in India run deep with patriarchal characteristics. In many Hindu communities, the idea of "until death do us part" is nonexistent, for if the husband is to die first, the community expects the widow to partake in the practice of sati, a self-sacrifice ritual for the recently widowed woman. She commits suicide by burning herself with her husband, so they may be together in future lives (Kashgar, par 3).  Many women must additionally endure a virginity test on their wedding night. In this degrading practice, a newlywed couple is expected to consummate their marriage on a white towel while immediate family from both sides wait outside. If she does not bleed during intercourse, she is considered impure and her husband is allowed to divorce her for her impurities (BBC, par 4). Historically, a woman in India has never been seen as an individual; if she is not under the control of a man, she does not exist. Women in India were expected to abide by the rules set by society and do nothing more. However, it is knowledge of these practices that allows me to say that Raffaella is deeply feminist for sticking by her beliefs and opinions.

Film critic Roger Ebert criticizes the film for being anti-feminist: “Although Lina Wertmüller is a leftist, she is not, apparently, a feminist" (par 5). While many people may agree with Ebert's statement, I personally connected with a statement made by Samantha Storms in her analysis of Swept Away and Walkabout: “The negative light that is shed upon women such as Raffaella is not a symbol of inhibition, but an indication of forward movement and progression within a corrupted, subjugating culture” (par 6). Raffaella is the epitome of feminism.


At the moment in which Raffaella left Gennarino, I felt as though she symbolized freedom, reassuring women worldwide that the patriarchy only exists until we women fight for our rights and put an end to it. “Some women can escape social conformity and become conscious of the incredibly sexist, patriarchal society we live in. Others are trapped and are incapable of realizing their true identity because they are the product of someone else’s identity formation” (Solis, par 2). Wertmüller's film conveys the message of oppression through Raffaella.  This is not an anti-feminist film or the story of a damsel in distress; it is a statement. It's time for women to rise above the submissive culture they have been pushed into and receive the equality they deserve.


Ebert, Roger. “Swept Away by an Unusual Destiny in the Blue Sea of August Movie Review
(1976),” https://www.rogerebert.com/reviews/swept-away-by-an-unusual-destiny-in-the-blue-sea-of-august-1976


Farajollah, Ariana. “An Abused Woman’s Colonization and Declaration of Independence in Swept Away.” https://giantstepspress.blogspot.com/2017/06/an-abused-womans-colonization-and.html


Solis, Lola. "Is Feminism the New F Word? From Resistant to Responsive."

Posted by Taking Giant Steps Press at 7:33 AM