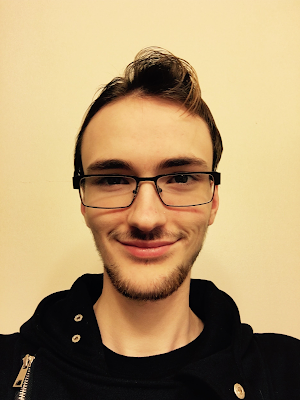 Reviewers and interpreters of the films Walkabout, by Nicolas Roeg, and Swept Away, by Lina Wertmüller, tend to paint the over-arching messages of the films as acutely monochromatic, when often there is much evidence that through the motifs of juxtaposition in the two pictures, the directors not only contrast “civilization” with “savagery” and capitalism with communism, but also compare the adverse concepts in such a manner that the viewer is forced to critically contemplate the value of each. These interpretations, though perfectly valid, often neglect the inherent reciprocity of “juxtaposition,” that the correlation of different ideas highlights both differences and similarities.


In her analysis of Walkabout, “Eyes Wide Shut,” Alexa Grabowski skillfully elaborates one such comparison in the beginning shots of the film:


People’s faces were not shown for the majority of the opening scene; they were cut off at waist level. The children even appeared to be panting like dogs while in class leading me to believe that Roeg wanted us to see them as a herd of animals rather than individuals. At that point I understood that there was going to be a hint of societal mockery throughout the film. (2)


This is an engaging interpretation, and later in her essay, Ms. Grabowski explains that to interpret this “societal mockery” as purely subversive detracts from the film’s message as a whole (4). Rather than focusing only on the contrasts between civilization and savagery, the film considers the parallels between modernity and its ancestors in tribal systems and unfortunately suggests no solution to the problems which Roeg presents.


In a similar manner, Xavier Eang Lee in his analysis, “The Colored Man’s Burden,” interprets a poignant scene in the film which juxtaposes the Aborigine boy’s gutting of a kangaroo with cuts to a professional butcher in his shop:


The switching between visuals shows the connection between the two ways of butchering. Ab’s way is messy and out in the open, while the Western butcher is chopping in a clean, white environment.  Although these two methods are different they are still essentially the same thing.  Roeg uses the constant changing between frames to show that what may seem savage or taboo from one point of view may not be so from another. (4)


This scene does not demonize Western society, but uses the assaulted sensibilities of the viewer, offended by the brutality of the butchery, to remind him/her that the most significant difference between the two worlds, civilized and savage, is that Western society demonizes the personality of the uncivilized; the concept of civility pretends that the connection between actor and action has been severed, that interaction which remains impersonal is of higher status. Notice that, much like the children in Ms. Grabowski’s scene, the face of the butcher is not in the field of view, his identity is separate from his deeds.


This insulation of doer from done is most clearly present in the young boy, who runs about playing war in the beginning of the movie, yet does not understand the implications of his own father taking shots at him. Society has severed the connection between the deed and the morality and brutality of its author, no one is personally invested in their action and this allows them to do as they please without intervention on the part of the conscience. It is this intentional severance which Roeg is highlighting in this film and he gives no real suggestions for solving the problem.

Unlike the previous analyses, the following interpretations attempt to place the film Swept Away in neat little boxes of “misogynistic” or “pseudo-feminist,” with little consideration of how the themes are used in the movie, particularly whether or not the sexism in the film—Gennarino states outright, “Women were meant to serve men” (Wertmüller 59 min.)—is presented in a negative or positive light. Though it is certainly arguable whether or not rape in film (and, in this case, it most certainly is rape) can even be comedic at all, Wertmüller’s film can be interpreted satirically, and the question simply becomes whether or not the mockery was successful and clear (the very fact that it must be debated is evidence that the parody has failed). How this satirical interpretation affects the intent of the film remains mostly unexplored.


Roger Ebert, in his review of the film, argues that the film sends two specific messages:


(1) That once the corrupt facade of capitalism is stripped away, it's the worker, with the sweat of his back, who deserves to reap the benefit of his own labor, and (2) that woman is an essentially masochistic and submissive creature who likes nothing better than being swept off her feet by a strong and lustful male. (par. 5)


While this is one possible interpretation, it assumes that Gennarino is meant to be viewed as the film’s protagonist, that he is in the “right” at all times. It seems a more nuanced approach is necessary. Perhaps Wertmüller intends to highlight the similarities between the two systems, capitalist and communist, as she points out that even when the communist is in power, he abuses his power as much as Raffaella does when she has the greatest influence. This is certainly not to say that her verbal abuse is somehow equal in magnitude to rape, as this is not the case, but if the director is satirizing Gennarino’s actions, then it is incredibly ironic that the communist, who ostensibly fights for a classless society, sets up a diminutive sexist hierarchy as soon as the reigns are his to snap.


James Berardinelli, in his opposing view of Swept Away, argues that those who criticize the film’s sexism are neglecting two pieces of evidence:


First, Raffaella actually starts the abuse with her constant berating of and lording over Gennarino on the yacht. Secondly, this "romance" is not taking place in anything resembling a civilized situation - by virtue of their circumstances, the characters have been thrown back into a setting that mimics prehistoric times, when survival (of the individual and of the species) dictated coupling. Gennarino's physical dominance of Raffaella is, in a strange way, the manner in which he proves to her that he is strong enough to be her mate. (par. 4)


About the most valuable fragments of analysis in this review are the scare-quotes around “romance,” as the film is hardly romantic and not very comedic. The critic’s first point, which has already been touched upon, argues that Raffaella somehow brought the sexual abuse upon herself through her verbal attacks on Gennarino—when he ignores her whining, she shouts, “Your refusal to answer me only shows what a peasant you were!”(Wertmüller 55 min.)—and this argument essentially justifies rape to avenge insult. Berardinelli’s second point romanticizes a primitive state of being and he falls into the trap of demonizing civility and glamorizing “prehistoric times.” The characters’ natural setting is not an excuse to defenestrate morality, but an opportunity to analyze society (which is has both advantages and disadvantages) in an objective manner; injustices can be redressed and a better amalgamated system implemented. To throw completely off the mantle of civilization is to lose its benefits along with its issues, and this principle can also be applied to capitalism, which, though quite imperfect, has some admirable qualities. This is perhaps the message of Wertmüller’s film, that critical analysis and alteration of the status quo is a better path than starting again from tabula rasa. Not to mention that to justify rape by the location in which it was committed, which Berardinelli attempts to do, is morally myopic. 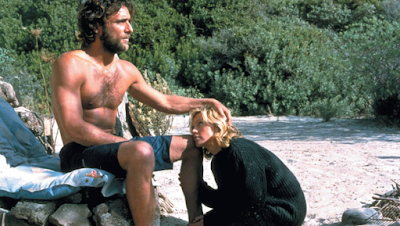 These reviews prove that to focus only on either the comparisons or the contrasts between two concepts limits interpretation, and, ironically, falls into the same trap as the characters in Swept Away, who can only see each other’s differences, physical and political, and not their similarities as fellow human beings. Neither Walkabout nor Swept Away attempt to subvert civilization as it is today, but to force their audiences to think critically on societal issues with an objective morality, without romanticism or hatred of different concepts in their entirety, and by union of the most beneficial aspects of each system to create an objectively better world.


Ebert, Roger. “Swept Away by an Unusual Destiny in the Blue Sea of August.” RogerEbert.com.

Posted by Taking Giant Steps Press at 7:16 AM