Eliot Katz's THE POETRY AND POLITICS OF ALLEN GINSBERG: A Review by Kirpal Gordon 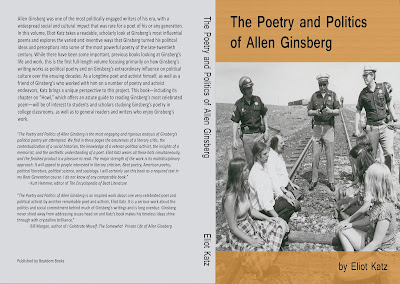 Like Walt Whitman before him, Allen Ginsberg has birthed a kosmos (and cottage industry) of interpretations, both in terms of life and poem. As regards contradictions, indeed, both poets contain multitudes. As regards legacies and celebrities, however, we often confuse the person with the poster. That's why I found Eliot Katz’s The Poetry and Politics of Allen Ginsberg a valuable bundle of medicine.


He caused me to re-member the man I had the good fortune to apprentice under for a summer, not the media-hyped Mad Magazine beatnik or a fellow poet/scholar's axe-to-grind or bum's rush vehicle to glory. As reviewer Jim Cohn put it, "The Allen Ginsberg that Katz has written about is so accurate a portrait of the Beat Generation poet, as a man and as a political activist, that I could not put the book down. The real Allen Ginsberg inhabits these pages; not a fiction. Katz’s Poetry and Politics should be considered a cornerstone of all future research and scholarship on the relationship between Ginsberg’s poetry and his political beliefs and actions, as well as their meaning for us now."


Like Whitman, Ginsberg was "not contain'd between my hat and boots." He "perused manifold objects." His cup runneth over. He had gargantuan energy, and Katz, a political poet in his own right, narrates the range of “radical ideas Ginsberg remained committed to: challenging American policy in such wide-ranging areas as nuclear proliferation, environmental destruction, skyrocketing homelessness, the increasing disparity of wealth during the Reagan and George H. W. Bush eras, continuing racial discrimination, CIA covert actions, the ‘drug war,’ domestic censorship of art and speech, and military adventures in such places as Panama and Iraq. Ginsberg did readings to benefit and publicize countless progressive organizations and projects and served on the advisory boards of numerous organizations, including the progressive media watch group, Fairness & Accuracy in Reporting (FAIR), and a national student activist group that I worked with during the late 1980s and early 1990s, Student Action Union. In the years that I knew Ginsberg, he was constantly writing or calling government offices to advocate for improved social policies and urging younger writers like myself to do the same––whether on the larger political issues like war and peace, or on more targeted cultural issues like the jailing or censorship of writers (an issue around which Ginsberg worked with the PEN Freedom to Write Committee).”


Although the image the quote conjures is the opposite of a sandal-wearing, drug-taking drop-out, it was this form of witness and organized activism that Ginsberg shared with the younger generations. Hence, Beatdom Books had it right to publish this poet-son’s memoir/scholarship during the 2016 presidential elections for this level of engagement may be the next step we must take in building Whitman’s Democratic Vista. 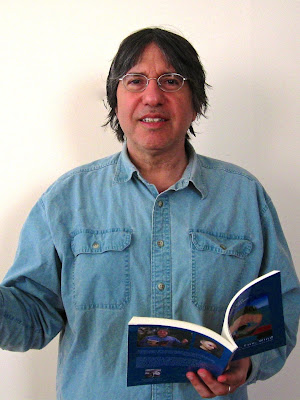 Posted by Taking Giant Steps Press at 10:21 AM