The Plane Ticket to Forever: A Chinese-American Writer Reflects on Good Fortune by Robbi Reed 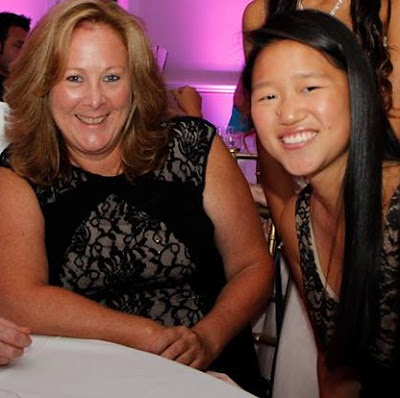 Most people go on journeys trying to discover who they are or who they aspire to be in life. For me, I have always known exactly who I am. My journey started 18 years ago, halfway across the world, in China, when my mother came to adopt me. It was my mother who gave me the foundations for a better life here in this foreign country that I now call home, a life that has allowed me to branch out and seize every opportunity presented to me. Thanks to my unique journey I have known who I am from a young age.


Many people say they have the world’s greatest mom, but very few have a mom that will travel 22 hours with 2 layover stops for them.  Alan Watts's The Book: On the Taboo against Knowing Who You Are encourages its reader to see that God as love instead of as a human figure, so when I look at my mom I see God as a state of being. Alan Watts stated, “We do not need a new religion or a new bible. We need a new experience—a new feeling of what it is to be ‘I’” (Watts, par. 4). I see her and God as one and not as two separate individuals. My mom and I have such a strong bond and she has taught me to always strive to live with a positive outlook. In kindergarten, when my peers made stupid comments about my adoption, she told me to never feel sorry for being “different.” In third grade, I got into a fight with one peer specifically and she exclaimed, “Well, at least I’m not adopted!” I remember trying to think of how that was an insult. I have never viewed adoption as the act of giving up one's child, but I have viewed it as a privilege that someone made an effort to make you a part of their life. I was lucky enough to be one of those kids.


We learn from Plato’s “Allegory of the Cave” that it is our job as humans to help one another so that we may all benefit. We are all trapped inside this competitive state of mind that we must be the best:


“Then, I said, the business of us who are the founders of the State will be to compel the best minds to attain that knowledge which we have already shown to be the greatest of all-they must continue to ascend until they arrive at the good; but when they have ascended and seen enough we must not allow them to do as they do now” (Plato, 5).


However, we rarely stop to think about helping the people around us. Learning at a young age to always pay it forward has influenced my decision to become a doctor. As Lawrence Kohlberg states in his “Stages of Moral Development,” in stage six we must realize the importance of communication between a group of people. Furthermore, we need to be able to reach out and help others so that when we are in need of help, someone will step up and do the same for us. I have learned from an early age in life that we must pay it forward because if one person suffers, we all suffer.


In Martin Luther King’s “Letter from Birmingham City Jail,” we see that “injustice anywhere is a threat to justice everywhere” (King, par. 6). In my case, I used to get taunted in elementary school for not having a “typical” family. However, my mom and I decided to do something about it. Using Gandhi's famous adage, “Be the change that you wish to see in the world,” as our guide, we started a support group called “Forever Family” in which all “non-typical” families could come and celebrate our difference and talk out the struggles we are dealing with. Surprisingly, most of the problems have been caused by the school district. People in school were being ignorant and insensitive to many of the “not normal” families. What they failed to realize is that families come in all shapes and sizes. No one is lesser than another for being different. While growing up I have never felt “different” or “not normal,” and as I have become older, I realize how lucky I am to have friends who like and accept me for who I am. “I will no longer be made to feel ashamed of existing” (Anzaldua, par. 11).


Gloria Anzaldua’s message in  “How to Tame a Wild Tongue” is simple yet powerful. She talks about how she does not want to be judged for who she is; instead, she wants to be recognized for it. Everyone is so quick to judge one another before even having a conversation. After middle school, I attended a private school called Long Island Lutheran. Whenever I told people where I went to high school, their whole demeanor towards me changed. The judgement on their faces casted me off as a stuck-up, snobby, rich girl who is above attending a public school. Little did they know that this was not the case at all. I was fortunate to have the opportunity to go to private school and I never took a day for granted. My mom, being a single parent, worked so hard to be able to send me there. I am blessed to have a mother who cares so much about me, that she was willing to work harder to be able to send me there. Even in high school I felt judged by many because I valued my grades over going out and partying. What I took away from Walt Whitman’s “Song of Myself” was that one is known by the company he or she keeps and also it is never okay to exclude anyone for any reason. All people are equally worthy of love and attention, and so no one should be turned away. The people I hung out with in high school were considered to be the “nerds” of the school; my best friend was the valedictorian of our class. The way my group of friends showed off was by being in the top ten percent of our graduating class, not by drinking ten beers in two hours. Many people in our grade didn’t accept us because we didn’t have the same views on certain topics as they did. Walt Whitman said,

“It is for the wicked just the same as the righteous . . . I make appointments with all,


I will not have a single person slighted or left away,


There shall be no difference between them and the rest.


This is the press of a bashful hand . . . this is the float and odor of hair,


This is the touch of my lips to yours . . . this is the murmur of yearning,


This is the far-off depth and height reflecting my own face,


This is the thoughtful merge of myself and the outlet again.” (Whitman, section 19)


I have realized that it is hard to find people who accept others for who they truly are, but once you do, it is the most amazing feeling in the world: to not be judged.


Malcolm X’s “The Ballot or Bullet” reveals “it’s freedom for everybody or it’s freedom for nobody” (X, par. 6). This means that everyone either gets treated poorly or greatly. Furthermore, we all get treated the same way no matter what. By treating everyone the same, judgement is eliminated. I do not understand making assumptions about people and prejudging them. Degrading someone else isn’t going to make one better, for as Whitman wrote in "Song of Myself," "Whoever degrades another, degrades me." In addition, one may not know the other’s situation. It has happened several times where people have come up to me and have just assumed that I speak Mandarin. They are so shocked when I open my mouth and confidently tell them in my Long Island accent that I am from New York! Moreover, people are also confused when I introduce them to my mom. It takes them a couple of seconds to realize that looks do not make people a family; love and compassion are what makes a family. However, when I show people who my sister is, they never question our relations because we are both Asian. What I have learned throughout my journey is to never make assumptions based merely upon looks.


Some people do not need to take a journey to recognize who they are. I am lucky enough to have a loving mother who is really involved in my life. I am able to tell her anything. She is the single reason why I am the I am today: a strong person who does not care what people think. Without her, I might still be half way across the world.

Posted by Taking Giant Steps Press at 7:07 AM