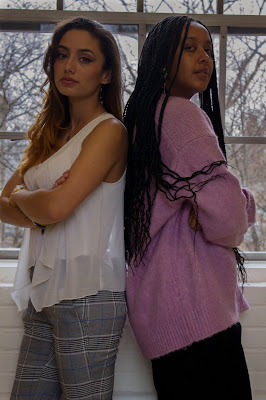 Ms. Rivera, a third-year senior at Hofstra University’s School of Communication, is a Public Relations major with a Photography minor. A member of the Alpha-Theta Beta sorority and its chairperson in Public Relations, she is also a member of the Yoga club; GiveKindness; SP!T, a poetry club; and WRHU, the campus three-time, Marconi-award-winning radio station where she writes, produces and broadcasts. 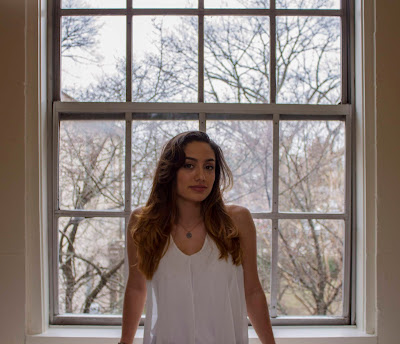 Born in Queens and raised on Long Island, she brings skills in website and book design as well as marketing, interviewing, copy writing, photography and videography. Her essay, “I Dare You: Reflections on Identity,” is part of the curriculum of Writing Studies Composition 1 at Hofstra. It has been of great service for first-year, first-semester students coming to terms with their own identities as learners (https://giantstepspress.blogspot.com/2018/10/i-dare-you-reflections-on-identity-by.html).

Ms. Araya, a third-year student, is majoring in Global Studies and Journalism and minoring in Creative Writing. Born in Ethiopia and raised in the deep South, she is making her mark as the Assistant Features Editor for the Hofstra Chronicle, as a tutor at the university’s Writing Center, and as a peer teacher in the Writing Studies and Rhetoric Department. She brings skills in copy editing for Taking Giant Steps Press blog as well as interviewing authors and reviewing their works. 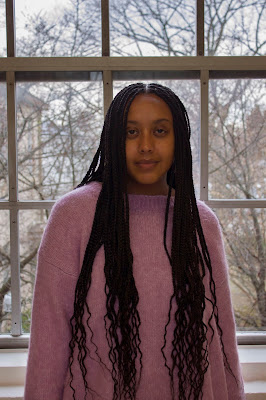 Her essay, “The Revolution Is Love,” is part of the curriculum of Writing Studies Composition 2 at Hofstra. It has proven to be greatly beneficial to students interpreting films by Wim Wenders, Jamie Uys, Lena Wertmuller and Nicholas Roeg (https://giantstepspress.blogspot.com/2018/10/the-revolution-is-love-20-by-betty-araya.html). More recently, she was the MC and co-producer of “Walt Whitman Meets the Great American Songbook” last Spring with GSP first’s intern Benny Gottwald.

Mr. Gottwald graduates this May. His four essays at Taking Giant Steps Press blog are part of Hofstra WSC 1 and 2 curricula, and his piece “El Chapin” has been featured in the undergraduate journal The Dangling Modifier as well as the syllabus of trans-lingual scholar Sarah Alvarez. In addition to his role at GSP, Mr. Gottwald is in the process of completing his debut novel, Looking Up, as well as his first album of original songs. 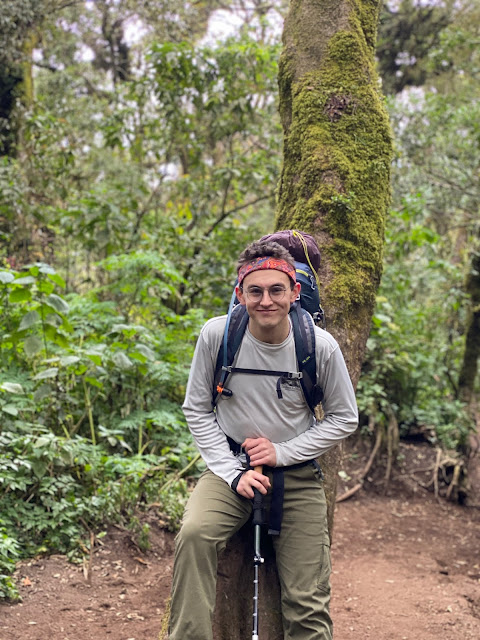 Since his introduction to GSP, Mr. Gottwald has taken on the role of Musical Director. In three campus concert performances (https://www.thehofstrachronicle.com/category/arts-andentertainment/2019/4/22/when-walt-whitman-became-a-jazz-artist) over the last three years, his insightful eye and ear to Whitman’s poetry, his band leadership as well as his arrangements of jazz standards and his own songs, have taken GSP-sponsored projects to new heights. An aspiring New York jazz musician and songwriter, Mr. Gottwald studies with Dave Lalama, a Hofstra music faculty member who has played with Buddy Rich and Stan Getz. In addition to being musically involved with GSP, Mr. Gottwald has worked as a freelance copywriter, book designer, and editor with various clients. After graduation, he is moving to Brooklyn when he will take up his diverse passions full time.

Posted by Taking Giant Steps Press at 4:17 AM