The Crippling Conventions of Civilization by Grave Langella

When thinking about relationships that exist throughout society, we are inclined to think that there is a certain level of love, safety, and rapport that is upheld by each partner, helping to create a healthy and balanced environment. Although these expectations are set in some people’s minds, it is very common for people to view relationships in a completely different light, expressing their belief that a relationship is all about gaining power and control—not about respect and kindness. Viewing relationships in this way originated years ago, where it was established that, in any circumstance, a man is superior to a woman. With the establishment of this idea, women’s actions and thoughts were easily neglected and seen as futile to the progress of society; therefore, there came an understanding that men secured a significant role in the prosperity of civilization, and women were there to simply aid the commanding men whenever necessary. As the appropriation of women’s thoughts and feelings grew as time went on, a clear distinction between the roles of men and women in society was established and executed for many years. In Lina Wertmüller’s film Swept Away, the gender roles fixed in society are reflected onto the relationship between Rafaella and Gennarino as they are stranded on an island without moral guidance or sense of cooperation. Through the relationship of Rafaella and Gennarino, there is a clear portrayal of the differences between genders in society, which lead to unhappiness and the overall corruption of love and affection.


In the first scene of the film, gender inequality is instantly recognizable. As Rafaella is engaged in an acrimonious argument with her husband about politics, he immediately asserts his dominance and discredits everything she has to say; through his dominant actions, which make Rafaella feel inferior, viewers are quickly exposed to the gender inequality that dominates relationships between men and women during this time. Throughout her argument with her husband about politics, Rafaella expresses her disapproval of the Communist party. Upon hearing Rafaella’s remarks, Gennarino, an unkempt crew member on the yacht, exclaims, “If that damn bitch doesn’t keep her mouth shut, I’ll murder her. She’s getting on my nerves” (Wertmüller 7:21). Through the actions of Rafaella’s husband and Gennarino’s superfluous comment, it becomes evident that Wertmüller is immediately exemplifying the disparity between men and women with the hope that viewers arrive at a new understanding of how gender inequalities affect society. 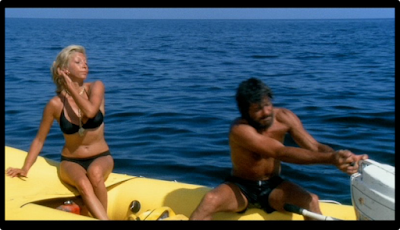 Because of the negative feelings that Rafaella and Gennarino establish towards each other while on the yacht, their feelings of misery are inevitable once they find themselves stranded on an island together. While on the yacht, it was evident that Rafaella held more power over Gennarino due to her immense amount of wealth; however, once they get on the island, the ownership of power changes, placing Rafaella and Gennarino into situations they have never found themselves in before. With the realization that Rafaella no longer has monetary power over him, Gennarino starts to use the power he is given for being a man and begins to order Rafaella around, making it clear that she is of less importance than him. Having no other option but to respect Gennarino’s newly established power, Rafaella begins obeying his every order, finding that if “she speaks her mind or does something without his permission, Gennarino hits her and berates her” (Knight, par. 3). Because of Gennarino’s disturbing treatment, Rafaella tries to figure out a way to survive, “so she changes her behavior to match [Gennarino’s] expectations,” hoping that he will then have no reason to carry out “his constant sexual, emotional, and physical abuse in the name of male superiority” (Knight, par. 1). 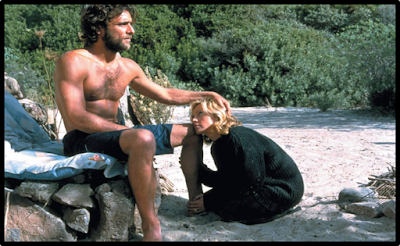 Viewers are able to see this change in Rafaella’s behavior as she tries to avoid starvation by kneeling to the ground, lowering her head, and placing Gennarino’s hand atop of it, in order to satisfy his need for control, with hopes that he will give her a portion of the rabbit he just killed. Through Rafaella’s submissive actions, it becomes evident that there was a clear shift in power once getting on the island, leaving Gennarino with control that is unwavering and clearly established— even during times of starvation and disparity.


The way in which gender roles manifest on the island can be seen as a result of Rafaella and Gennarino’s cultural backgrounds. Due to the immense amount of wealth that she has, Rafaella is able to buy herself anything she desires in life, leaving all of the dirty work to those who are below her in societal standards. With the mindset that she holds the highest position in society, Rafaella never gives Gennarino a chance on the yacht and expects him to do everything for her, especially when she notices that he is a Communist crewmember. On the other hand, Gennarino views Rafaella as the main problem within society, believing that she is one of the many people that take all of the money in order to become wealthy, leaving the lower class with nothing. Looking at Gennarino’s way of thinking, viewers can connect it to be the main reason that he decided to join the Communist party in the first place, and a reason why he holds such a strong belief that everyone should have the same amount of economic power within a society. 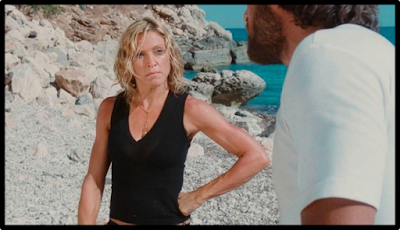 In addition to these strongly established viewpoints that Rafaella and Gennarino had before getting onto the island, the gender roles that exist within society are also a main reason as to why they so “strongly reject the power to join” (Gordon). If cultural backgrounds and gender inequalities had no influence on Rafaella and Gennarino, the possibility of their cooperation and the formation of a relationship would have been much more likely because they would not have had such drastic differences separating them from what they needed to do in order to survive under such harsh conditions.


Taking a look at the differences that stand in the way of Rafaella and Gennarino’s unity on the island, it becomes clear that those discrepancies are what prohibit them from ever reaching true love—not just between themselves, but with anyone within society. With all of the presumed thoughts and indisputable disparity between genders, it becomes very difficult for people to truly fall in love with someone for the right reasons. For women, it was very common to simply fall in love with a wealthy man so that they could buy their way through life; whereas men would fall in love with the woman that became the most subservient to his demands. Examining Gennarino’s feelings for Rafaella through this lens makes it obvious that he “can never love Rafaella because he lacks the ability to think of her as something other than a tool to be used purely for his own pleasure” (Knight, par. 5). The way in which Rafaella and Gennarino can not find any form of true love between each other on the island is not something that happened unwittingly; this inability between men and women was always prevalent, but was just highlighted as a main socio-economic imbalance on the island. 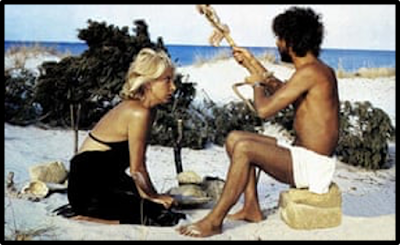 Socio-economic imbalances have, unfortunately, been something that people have had to deal with for many years; in Swept Away, Lina Wertmüller portrays these imbalances through Rafaella and Gennarino’s disparate relationship. On the island, Rafaella and Gennarino found themselves in very unhealthy circumstances, where Gennarino was constantly holding his power over Rafaella, making it known that she was of lesser value than him. Looking at the relationship between Rafaella and Gennarino, it becomes evident that cultural practices and gender roles that flourish within society can have drastic negative impacts on people and the way in which they behave and think. If Rafaella and Gennarino were not bound to societal standards, there would have been a greater chance of them flourishing and gaining a relationship on the island; however, because they were both, at some point, blinded by the need for control, they were unable to open up to pure human happiness and love. 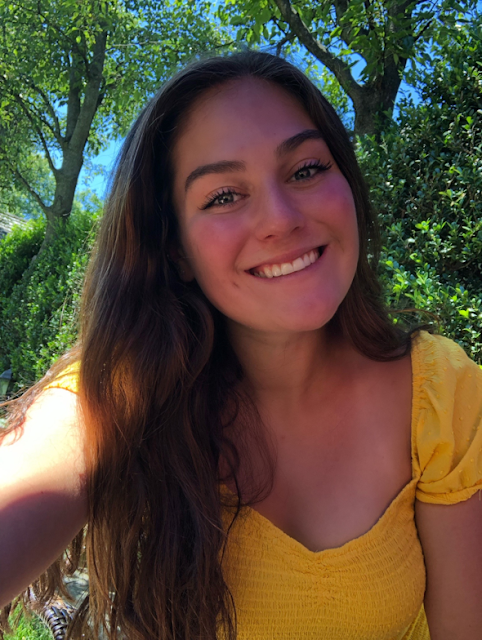 Posted by Taking Giant Steps Press at 6:28 AM