The Price of Happiness Is Actually Free by Brendan Kaston 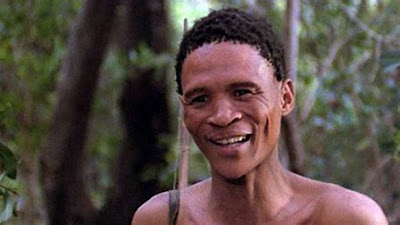 What if we lived life in a way in which we did not need to worry about the future, a world where living just meant existing without the stresses of our modern society? That is the existence of Xi in Jamie Uys’ film The Gods Must be Crazy. The Bushmen are living in the harsh Kalahari Desert when one day Western civilization invades his home in the form of a glass Coke bottle, which brings a lot of good to the members of Xi’s tribe. However, it also brings jealousy, anger, and violence (emotions the tribe has never had to face before). Without hesitation, Xi decides to expel the “evil thing” from the earth in order to bring his tribe back to the peaceful way it once was. On his journey, he encounters and explores Western civilization’s hectic ways. However, at the end of his adventure, Xi does not adapt any part of Western culture into his. Xi and the Bushmen make the decision to live without the technology of modern society because they realize that they value real happiness over alleged progress.


The tribe’s rejection of the Coke bottle is their rejection of Western society. At first, the Bushmen see the bottle as a gift from the Gods, and the Gods have only given them good things. The Bushmen soon realize that this is not the entirely the positive force they believed it to be. The tribe huddles around the fire silently, dreading what else it will bring. However, the whole tribe comes to the same conclusion: they do not need the “evil thing” that they have grown to depend on. Xi understands that his people have two choices just as primitive societies did: progress or happiness. Our ancestors chose the former, and the world has expanded and been developed into the concrete jungles we call home today. Xi and his tribe make the opposite choice. They value their happiness much more than they value ease of life. While our society may have all the tools to live with minimal effort, many of us are not truly happy with our roles. Many are forced into lackluster jobs in order to make ends meet while monotonous routines drain them until they can no longer feel fulfilled in the workplace. On the other hand, the Bushmen are happy even though they live in one of the most inhospitable locations on the planet. Xi and the other Bushmen appreciated how much easier the bottle made their lives, but that is not why they rejected progress. “They repudiated the jealousy and materialism of the West” (Gordon). 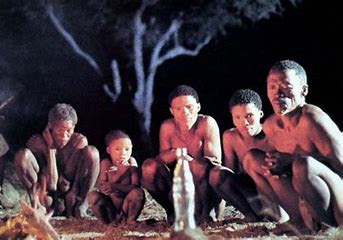 Western society choose the path of progress, and while it has created an amazing world of leisure, it has also created a society that has not stop to smell the roses. Our cities are proof that we could not adapt to living life in nature, so we made nature adapt to us. However, now that we have access to fresh running water and almost any kind of food we could want with a short walk to our refrigerators, humanity has lost its instinctual need to fight to survive. A psychologist, Abraham Harold Maslow, studied human nature and how we address certain needs that are required to have successful and fulfilling lives. “Maslow stated that people are motivated to achieve certain needs and that some needs take precedence over others. Our most basic need is for physical survival, and this will be the first thing that motivates our behavior. Once that level is fulfilled the next level up is what motivates us, and so on” (McLeod, par. 2). 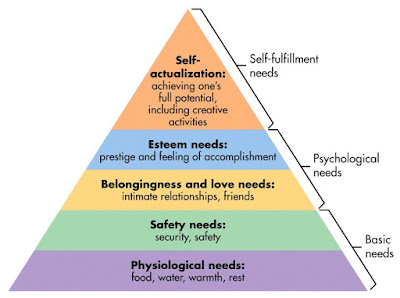 The problem is that Western society has overcome our basic needs, making our foundation much smaller and weaker. Without having to work too hard for food, water, or shelter, we see our psychological needs as basic needs for happiness. Tirelessly working each and every day makes us, “crack under the constant pressure of the routine monotony of modern life” (Knight). That is why Kate, the journalist, decides to move out to the small Botswanan village in order to teach (Uys 0:25:53). While she is looking for something different, she is also unhappy with the state of her life. By moving to the Botswanan village, she is able to reinvigorate herself. She has students to care for; she meets Andrew, her eventual love interest; and she reaches self-actualization by immersing herself in the locals’ way of life. Kate’s transition proves that distancing oneself from the constant stressors of Western civilization can increase one’s quality of life. 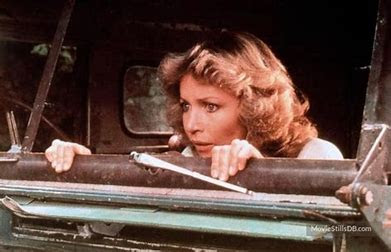 While some may argue that Kate’s eventual happiness would not bloom as it did in the film, it has been proven to work. Henry David Thoreau was a naturalist who decided to seclude himself from modern American society in 1845. He understood that the path to a greater understanding of our life on earth is through an understanding of the natural world around us and of which we are part:


We can never have enough of nature. We must be refreshed by the sight of inexhaustible vigor, vast and Titanic features, the sea-coast with its wrecks, the wilderness with its living and its decaying trees, the thunder cloud, and the rain which lasts three weeks and produces freshets. We need to witness our own limits transgressed, and some life pasturing freely where we never wander — I suppose that what in other men is religion is in me love of nature (http://www.walden.org/thoreau/ par. 4).

His experience in the woods mirrors the lives of the native people of the Kalahari. Nature is a magical gift to them as it should be to all who are willing to stop and open their senses. Life may not be as easy when one immerses themselves in nature; however, one is able to focus on what is truly important to them without the distractions of never ending deadlines and repetitious routines. In Walden he writes, “Simplicity, simplicity, simplicity! I say, let your affairs be as two or three, and not a hundred or a thousand; instead of a million count half a dozen, and keep your accounts on your thumb-nail” (Thoreau 82). Thoreau is praising the simple life. He discovered that the hustle and bustle of modern life made a formula for stress and unhappiness, a formula that he rejected in order to find his own happiness. 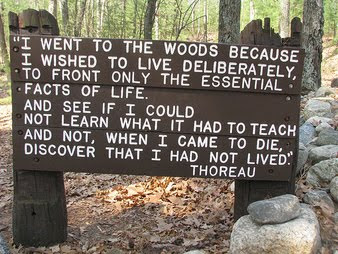 The Bushmen are content with their lives no matter how difficult things may be. They see their way of life as complete without technology. They work hard to survive, and they are happy to be a part of the tribe. This contrast with modern society is shown in our levels of stress and overall happiness:


Modern society equals fullness with meaning so if schedules are always booked then life must be wonderful. A busy schedule blocks and shoves down unpleasant feelings brought on by difficult to answer questions. Those feelings, however, do not go away, but instead manifest themselves in the rampant outbreak of depression. This is why the Bushmen’s freedom is so important; they have the time to reflect and engage with tough topics. It is not as though they are always having deep philosophical discussions, but they are able to if need be (Morrill par. 7).


The Bushmen’s minds are sounder due to their natural lifestyle. They think clearly about whatever obstacles or issues are thrown, or dropped, their way. When one of the most important life changing tools falls to their feet they are able to think rationally about the pros and cons of having such power. The Bushmen decided that while progress may make their lives easier, it would not make them happier.


The Bushmen who are seen as primitive compared to industrialized western society are actually much wiser than their stressed-out neighbors. They understand the importance of living in the moment. In their eyes God has given them all they need, and they are eternally grateful. The bottle was a test, one which they believed they passed. Xi’s decision to throw the bottle off the end of the earth was accepted by the whole community because their tribe’s values are different then ours: they value happiness over easiness. Until our culture can choose peace of mind over higher productivity, we will never self-actualize like the Bushmen of the Kalahari Dessert. 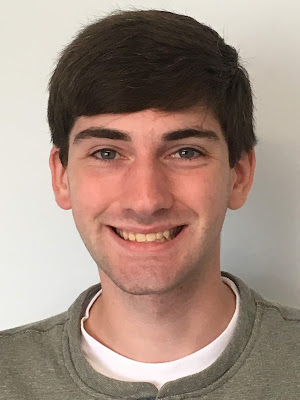 
“Where I Lived and What I Lived For, a Chapter in Walden by Henry David

Posted by Taking Giant Steps Press at 7:20 AM