“The Ironic Hospitality of the Kalahari Desert” by Morgan Morrill

Today, members of the modern world rush past in a whirl of color and noise, too concerned with busy schedules rather than with their quality of life. People live their lives in a strict fashion with every minute of every day planned out. There is barely time to breath in this machine-like world with the amount of meetings and activities that everyone has written on to their calendars. This is an extreme way to live, but people brush it off believing that it is the only way.  After all, it is the new and improved method of advancing civilization. This image deeply contrasts with the lifestyle of the Kalahari Bushmen that Jamie Uys presents in his 1980 film, The Gods Must Be Crazy. Deep in the parched Kalahari Desert, these tribes live a simple life devoid of all modern improvements, yet they seem perfectly content. Is there more to life than endless to-do lists? Uys uses the Bushmen in his film to show the benefits of a laid-back lifestyle as opposed to the high-strung chaos of modern life.


When the movie beings, Uys sets up his comparison promptly. Sweet playful notes fill the background as images of African animals flash across the screen. The first people that are shown are the “pretty, dainty, small and graceful” (Uys, 1:33) Bushmen. They are all dark and slender, each with a wide smile on their face. Young and old members of the small tribe are seen helping one another, as well as laughing and playing. Though only 600 miles from a city, the Bushmen live in a completely different world where there is not evil nor vices to poison their lives. As the voiceover remarks, “They must be the most contented people in the world” (Uys, 2:54). The narrator treats this scene, and all other ones, as though the movie is a nature documentary. Most of the insights that the voice makes are over the top and used as a comedic tool. For example, the narrator makes it seem like the Bushmen have no problems in their lives, but that is a strong unlikelihood. The comments do, however, emphasize the fact that these people live a peaceful life and makes it glaringly obvious to the audience.

Just as the voiceover points out the tranquility of the Bushmen, it also illustrates the chaos of modern life. The opening cuts quickly from the joyful tribe of people to the hustle of a loud city with cars speeding along its roads like blood through veins. This is how Uys depicts what the narrator deems “civilized man” (Uys, multiple occasions): fast-paced, raucous, and utterly insane. The last descriptor becomes more apparent as the voice begins to describe the lifestyle of city people. He states that “civilized man refused to adapt himself to his environment, and instead he built his environment to suit him” (Uys, 6:12). Towers, cars, assembly lines, and other inventions whiz past to further prove his point. Not a single piece of nature is seen unless it has been mowed, trimmed, and pruned to perfection. The whole scene moves with a machine-like precision, stopping and starting at just the right times. Everything is by design. Once again these characteristics are emphasized on purpose just like with the Bushmen. The severity of order in the city is being used to make it obvious to the audience and easy to contrast with the ironic hospitality of the Kalahari Desert.


The biggest difference between the Bushmen’s world and that of civilized man were not the blatant alterations, but rather the overall feel of each place. As mentioned previously, the Bushmen all had large grins across their mouths; it is as if they were born with them in place. They have to work hard to survive in the desert, but their faces never falter and they still have time for fun. The Bushmen simply radiate happiness and viewers can sense the warmth these people give off. There is no such feeling with the modern world. Smiles are few and far between in their modern scene and no laughter is heard above the blaring car horns. Everyone keeps their heads down and a bland monotony settles throughout the streets. Despite having almost everything the Bushmen do not, modern man lacks one thing: happiness.


The happiness famine in the industrialized world is nothing new. Looking at worldwide statistics, one will find that the United States has one of the highest depression rates even though it is one of the most developed countries. About 1 in every 10 Americans suffers from depression and the number of people diagnosed increases by 20% every year (“Depression Statistics”). Why is this the case? What is the cause of the robotic population in Uys‘s film and the declining mental state of America? The movie hints at an explanation when the narrator remarks, “The more [civilized man] improved his surrounding to make his life easier, the more complicated he made it” (Uys, 6:26). Modern day people spend most of their time working in order to keep society running and before that children are shoved into schools to prepare for the work. Stress consumes the population as everyone scrabbles for that house with the picket fence which they never truly get to enjoy because work is always hanging over them. As the voiceover correctly points out, “No wonder some people go off the rails a bit” (Uys, 8:08). It is as though ‘civilized’ man is running inside of a wheel, believing that if they run hard enough they will get the treat just outside of their reach, when in reality they are exhausting themselves just to stay in the same place.


Not only are people working themselves to death, they are also addicted to the stress. Tim Kreider addresses this topic in his article, “The ‘Busy’ Trap.” He explains that people who are constantly busy, which includes most of the population, are that way “because of their own ambition or drive or anxiety, because they’re addicted to busyness and dread what they might have to face in its absence” (Kreider, par. 2). Society has come up with the notion that if a person is not running around 24 hours a day then something is terribly wrong. Standard work weeks are 40 hours, but that time is growing exponentially as the internet allows the population to bring work with them wherever they go, provided they can get a signal. It is not just adults who do this. Parents force full schedules on to their children under the pretense that it will get them ahead in life. In his article, “The Disease of Being Busy,” Omid Safi recalls how when he tried to set up a playdate between his daughter and the neighbor’s child the mother responded with this: “She has a 45-minute opening two and half weeks from now. The rest of the time it’s gymnastics, piano, and voice lessons. She’s just…. so busy” (Safi, par. 5). This toxic environment hell-bent on filling up everyone’s planners down to the last second is what produces the fast paced and apathetic society that Uys shows to his audience.


As opposed to the perpetually swamped lifestyle of modern man, the Kalahari Bushmen hold leisure time in high regard. In their small family groups or villages, these people spend a fair amount of time doing, well, nothing. Free time for all ages is available every day and they fill the time based upon actual desires. Children are also not given tasks until they are much older (“San People,” par. 10). These groups deal with something that civilized man appears to be deathly afraid of: unstructured time. Kreider describes the love of being busy as “a hedge against emptiness” (Kreider, par. 6). Modern society equals fullness with meaning so if schedules are always booked then life must be wonderful. A busy schedule blocks and shoves down unpleasant feelings brought on by difficult to answer questions. Those feelings, however, do not go away, but instead manifest themselves in the rampant outbreak of depression. This is why the Bushmen’s freedom is so important; they have the time to reflect and engage with tough topics. It is not as though they are always having deep philosophical discussions, but they are able to if need be. According to Kreider, “Idleness is not just a vacation, an indulgence or a vice; it is as indispensable to the brain as vitamin D is to the body, and deprived of it we suffer a mental affliction as disfiguring as rickets” (Kreider, par. 10). It is a simple thing, open time, but it makes all the difference and it is what allows the Bushmen to have a well-developed relationship with contentment.


Unstructured time is what will save the mental health of modern man.  It is clear enough that the way society is currently structured is detrimental to people of all ages and making them have a morbid attraction to being busy. Uys’s movie does provide an alternative model in the form of the Kalahari Bushmen. They are obviously much happier, despite living in one of the most unforgiving areas on the planet. The goal in the rehabilitation of civilized man, however, is not to relocate them all to the desert. Instead, specific alterations need to be made so that free time is not seen as a cancer to society, but rather a supplement. Certain laws and regulations have already been put into action and the results cannot be argued against. For example, Finland’s school system allots 75 minutes a day for recess and rarely gives homework. This extra time to grow and develop as a person has allowed Finnish students to graduate from high school at a rate of 93% and surpass all other countries on test scores (“There Is No Homework in Finland”). As for adults, France has only a 35 hour work week and has a law preventing workers from checking their work emails after 6 pm. The country is currently one of the top ten happiest countries in the world (Johnson, par. 2). It is clear by this data that free time is beneficial to the over worked, stressed, and tired population of civilized man.


The time to kick the addiction to busyness it now. Uys was aware of this problem when his movie came out almost 40 years ago. He saw the advantages of joy and leisure in the Kalahari Bushmen, but society has ignored its metal decline. Caught up in meetings, classes, and work, modern man has forgotten about its heart. Along the path to improvement, hearts and souls were left to deteriorate in the background, perpetually left off of anyone’s to-do list. Now, the only way to revive humanity from its emotionally diseased state is to nurture the self again. Time is a gift, not a menace breathing down everyone’s neck till they meet the deadline, and it should be celebrated. That is when people get to know themselves and it is where possibility lies. It is time to put down the paperwork, turn off cell phones, and stop being so busy. Life is a meeting that cannot be missed and there is no way to reschedule it when the time has passed. 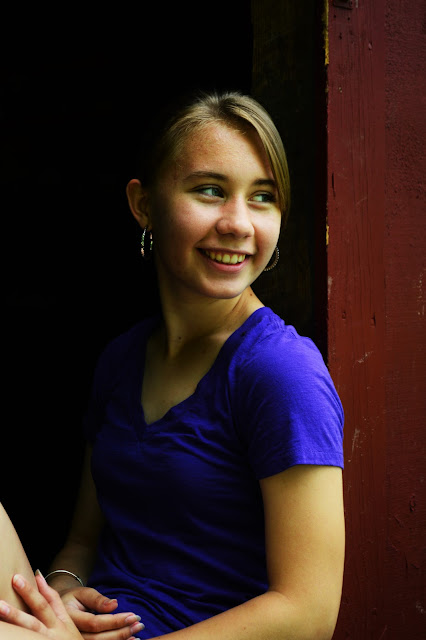 Posted by Taking Giant Steps Press at 6:04 AM