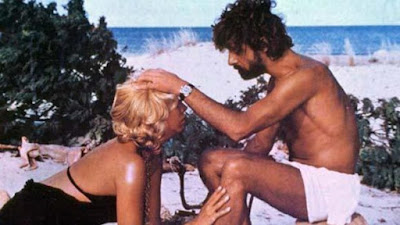 After stripping away the distinct features of the film Swept Away, at its heart the storyline follows a trope seen throughout history: a headstrong and independent woman meeting her match in a misogynistic man set to “tame her.” While watching Swept Away, I was eerily reminded of the Shakespearean classic The Taming of the Shrew. Though these stories end differently and vary in time period, location, and character backgrounds, the common themes of gender roles and the purpose of relationships remain. These two relationships are built on misogynistic and fragile men who need to suck the life force from women in order to feel powerful and fulfilled. If one explores these stories with more scrutiny, perhaps they are not as black and white as they seem; perhaps the tamer will in his own way become the tamed.

Swept Away, directed by Lina Wertmuller in 1974, tells the story of a “manically self-involved blonde named Rafaella” and a “hunky and brooding and self-righteous Communist Party member” named Gennarino, who is a crew member on the yacht of Raffaella’s husband (Ulaby par. 2). The two clash immediately due to Rafaella’s demanding presence and hatred for the Communist party. Early on in the film, Rafaella aligns herself with the views of many of today’s feminists, pronouncing her beliefs that abortion should be free and contraceptives advertised on television (Wertmuller 4:43). Though shrill and often scornful, Rafaella is introduced as a woman who speaks her mind, and does not easily back down. Gennarino despises everything that Rafaella stands for, saying to a crew mate, “If that damn bitch doesn’t keep her mouth shut, I’ll murder her. She’s getting on my nerves” (Wertmuller 7:21). Despite this, Gennarino finds himself sexually attracted to Rafaella, and can only act on this when the two are swept away to a deserted island with no immediate way of escaping. As Roger Ebert puts it, "Ashore and on board the yacht, the woman held the unquestioned upper hand because of her husband's money. But on the island, it's the man, with his survival skills and (most controversial, this) his very masculinity, who's the dominant figure” (Ebert par. 4). Because this shift in power has occurred, Gennarino abuses Rafaella, verbally and physically berating her, and denying her basic human resources like food and shelter unless she submits to his dominance. Though at first Rafaella fights back, she transitions to submissive behavior. Her change is shown in a disturbing  scene, in which she comes to Gennarino crying and saying that she feels “like that rabbit [he] killed” (Wertmuller 1:15:54) before laying down at his feet. Wertmuller presents a troubling relationship in which the more sexually and verbally submissive Rafaella is, the more ecstasy she encounters, to the point where she believes that she is in love with Gennarino. He cannot accept her love as an equal however, saying to her, “If you only knew how beautiful you become when I beat you” (Wertmuller 1:28:03). The two characters spend the rest of their time on the island becoming more intimately intertwined in their lusty relationship. Up to this point in the film, it seems that Gennarino has tamed his woman into what he wants her to be, a notion that calls to mind Shakespeare’s The Taming of the Shrew.

In this comedy, the tempestuous Katherine, known throughout Padua for her tantrums and shrewishness, is wooed by the brutish Petruchio against her will. Like Rafaella, Kate is subject to the whims of men in power. In order for Kate’s beautiful (and complacent) younger sister to marry, Kate must first be handed off to a worthy suitor. Unlike Gennarino, who wins over Rafaella with his assault, Petruchio insistently flatters and threatens Kate despite her protests. Kate and Rafaella, both presented as feisty and unwilling to comply, find themselves in need of what the men can provide: marriage and a way to survive. If these women acted as society dictates a proper lady should, perhaps the men would not feel the need to break them down and build them back up again. While it is true that both Kate and Raffaella are often rude and caustic, the real problem stems from the reality that they are women with those traits. 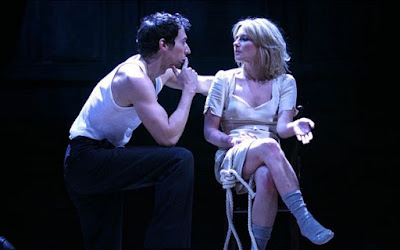 Though Petruchio and Gennarino both intend to tame their respective women, their reason for doing so contrasts one another. Petruchio clearly states that in looking for a wife, “I come to wive it wealthily in Padua; If wealthily, then happily in Padua” (I.ii.62-73). Conversely, Gennarino holds disdain for the rich and privileged, using it as an excuse to beat Rafaella. Despite this difference, these men can be viewed in two capacities. Either they are both brutes who thrive off domineering in relationships, or they are indeed capable of loving these woman, and believe the way to do this is through dominance. Regardless of their reasoning, these two men are misogynistic and fragile in their masculine identity. Gennarino says this of a woman’s purpose, “Women were meant to serve men, understand?” (Wertmuller 59:34). Petruchio says this: “Women were made to bear, and so are you” (II.i.194). In order to feel successful in their status as men, these two feel the need to put women “in their place.” Without women succumbing to their beck and call, these men have no purpose. These stories provide an example of how possession is linked to manhood; it is not enough for these men to be in equal, reciprocating relationships, they must own. Before Katherine, Petruchio, was a wandering bachelor, and before Rafaella, Gennarino was merely a crew member on a Yacht. Though Katherine and Rafaella may be the most “tamed” at first sight, the men become tamed in a way as well. Petruchio can wander selfishly no more, but must now be a faithful husband to match Kate’s obedience. Gennarino will be haunted by his feelings for Rafaella.

Though both Swept Away and Taming of the Shrew present very difficult relationships to watch, perhaps it is possible for these characters to change and live in happy, albeit unconventional relationships. The subject matter of Wertmuller’s film seems to suggest that women are most happy when they are under the sway of a powerful man. “This is a notion the feminists have spent the last 10 years trying to erase from our collective fantasies, and it must be unsettling, to say the least, to find the foremost woman director making a whole movie out of it” (Ebert Par.5). Though feminism is based around gender equality, perhaps it should also include a woman being able to choose what kind of life makes her feel happy and satisfied. Though the relationship of Rafaella and Gennarino is not in keeping with the gender roles (or lack thereof) that modern feminism promotes, if the two are happy in their own way, it might justify their behavior. Lisa Dillon, an actress who played Kate in The Royal Shakespeare Company’s 2012 production of The Taming of the Shrew says this, “It’s not just men versus women, there is one specific woman, and the things that happen to her. So, you can’t generalize it being about all men and women. Kate behaves quite badly, and nobody can do that long-term. So then it becomes about someone damaged who needs structure in her life” (Dillon 1:10).  To this, her co-star David Caves adds, “You have these people who are pretty messed up, that find each other, and work out a way of being together” (Caves 1:27). These comments could also apply to Rafaella and Gennarino’s tumultuous relationship. Perhaps Wertmuller was not trying to create the blueprints of a relationship that all men and women should follow, just that these two can. Perhaps Shakespeare was not trying to assert his belief of gender roles, but, “was demonstrating the way in which women are beaten down, criticised and derided for being themselves and in an ironic way was challenging this?” (Jamieson par. 5). Regardless of the creator's' intent, these two relationships are interesting mirrors of one another, and just two examples of this storyline. It is seen in the Greek story of Pygmalion, as well as the classic musical My Fair Lady. Despite the sometimes disturbing sequences in Swept Away, the film presents interesting questions with ambiguous answers, and will challenge audience members for years to come. 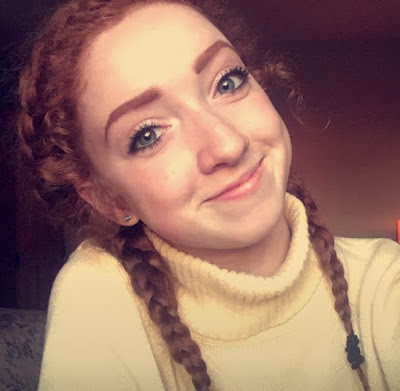 Posted by Taking Giant Steps Press at 2:47 AM

Email ThisBlogThis!Share to TwitterShare to FacebookShare to Pinterest
Labels: Lena Wertmuller, misogyny, Pygmalion, sexism, Swept Away, The taming of the Shrew, William Shakespeare