“An Eye to WALKABOUT: Little Mother” by Chelsea Miller 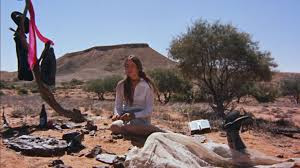 Nothing in the world is like a mother’s love, except the love of a motherly big sister. When I watched the film, Walkabout, directed by Nicolas Roeg, I originally thought the teenage girl was the little boy’s mother because of the way she looked out for him. I later discovered that she was in fact the older sister when we discussed the film as a class. Throughout the film, the girl is forced to act as a mother to her little brother and makes seemingly nonsensical decisions which I relate to on a personal level. Many people misread the sister because her actions don’t seem to make sense, but as a motherly sister there is a method to her madness.
In the beginning of the film, when the father starts shooting at the little boy, the sister’s first instinct was not to hide, but to protect her little brother (Roeg, 0:9:44). She risked her life to protect him, which was the first sign of her motherly attitude towards the boy. It is likely that the girl began developing her motherly instinct toward her brother because of her father. From what little was seen of the father, it seemed that he was unstable and potentially abusive which may have caused the daughter to grow up faster and feel the need to protect the little boy. Similar to the girl, I am very motherly and protective of my siblings because my parents did not play as big of a role as they should have, although the situation was not as extreme. Of course having a motherly nature does not mean that we always make the best decisions.
Often we put the security of our siblings before practicality and common sense. The sister engendered many questionable decisions which made surviving and getting home much more challenging but made sense to her at the time. For instance, instead of  following the car tracks back home, the older sister took her brother into the middle of nowhere without gathering proper supplies from the picnic spread. There was an important reason she went in the opposite direction from where they came from. She was protecting her brother from the horrific sight by walking away from the car wreckage and their dead father, rather than towards it.
In our class discussion and in the essays written by my peers, many people think the girl is only to prove how stupid western civilization has become and fail to see the deeper meaning behind her actions. They see her making bad decisions like not stocking up on supplies and label her as dumb and brainwashed by civilization. I felt the same way, until I took a second look at her actions. It is important to try to understand what she is going through; she is feeling overwhelmed but is still doing the best she can. After all she is still just a kid who just saw her father kill himself, and now she has to care for her little brother while trying to get back home when she doesn’t even know where they are.  When she goes to grab food from the picnic, she doesn’t take everything which seems really stupid (Roeg, 0:11:26). You would think that grabbing everything useful is the only logical thing to do in that situation, right? Well, not exactly. When the sister was grabbing stuff, she knew she had to be really quick because she didn’t have a lot of time. Even though the sister had told her brother to stay put while she packed the supplies, she knew it was only a matter of time before her brother would get curious and try to see what was going on and stumble across the wreckage. So, in order to preserve her brother’s innocence, the girl sacrificed taking time to think about what she was taking with her.
While caring about appearances may seem stupid and useless when trying to survive, it is actually very important. Maintaining a proper appearance was a way of coping with the situation, acting as if everything was normal to ensure the little brother did not have to also deal with worrying about being lost. The girl wanted the small child to keep his shirt on for this reason, as well as protect his skin from getting a sunburn. Similarly, I had to keep my two siblings from being scared every time my parents started screaming at each other, when I was just as scared as they were, if not more. I did not want my siblings to think that our parents might get divorced like I feared. Both the girl and I had to keep a stiff upper lip and keep the truth from our younger siblings, and often the easiest way to do that is by acting as if nothing is wrong.
As motherly older sisters, we will go to great lengths to keep our siblings safe and worry free. Sometimes that means lying to their faces to preserve their innocence, assuring them that everything is fine when it is definitely not fine. The sister and I have both lied to our siblings many times so that they would not worry about the troubling circumstances while we dealt with the stress on our own. In the film, when the little boy asked why they were leaving their father who the girl who had just seen commit suicide, the girl told her brother that their father said “to go on ahead” and he would catch up to them (Roeg, 0:11:58). She also had to reassure the child that they were not lost, even though it was clear the indeed were. Lying is not something protective sisters enjoy doing, but we’ll do it if it will put our loved ones at ease. 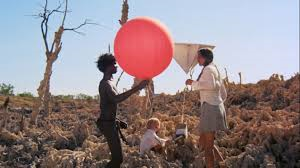 To keep her brother from worrying, the girl also tried to make being in the outback seem like an adventure, turning boring things like walking into a game. While the boy went on the pretend adventure, the mini-mom could not relax because she was responsible for keeping an eye on him and had to find a way back to civilization while also dealing with lot of stress. It wasn’t until after they met the aborigine boy, who relieved her of some of the burden, that she was able to let her guard down and enjoy herself alongside her brother. After the death of the aborigine boy and  their return to civilization, the sister reverted back to the uptight motherly mentality which she had before.
Like mothers, older sisters may not be perfect, but they do their best to look out for the younger children. Many things they do can seem impractical or counterproductive, but there’s almost always a reason behind the strange actions. That reason is almost always to ensure the physical and mental well being of tiny people are the most important things, and motherly people will go to great lengths to ensure it. It is unfortunate when children are forced to grow up early to take on a parenting role, their innocence and youth taken from them too soon and replaced with the burden of responsibility. Under the right circumstances, those burdens can be lessened, allowing them to once again be carefree. The parental mentality is something one can never truly escape, returning the moment those burdens resurface. At the end of the film, it shows the girl, who has now grown up, looking back and regretting that she did not loosen up and enjoy herself more when she was younger because she was so focused on being a replacement mother to her little brother. A big sister’s love is so strong that she will forsake her youth and innocence to protect  her siblings. 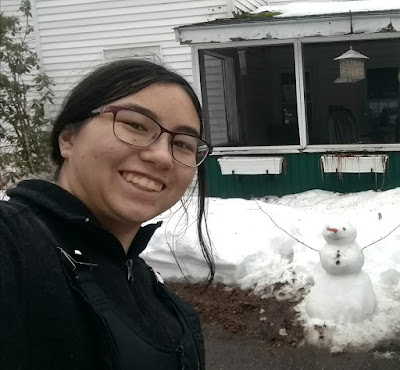 Posted by Taking Giant Steps Press at 4:37 AM