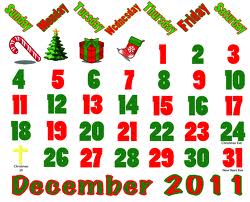 Ever since Thanksgiving, I’ve been tip-toeing about the house hoping to avoid any conversation that might have anything to do with putting up Christmas lights. Most people who know me are well aware that I’m not a fan of December! Without getting into all the details, I’ll just say quickly that my twenty-five year career as a UPS man, working non-stop into the late hours of the evening from mid-October until December 24th, destroyed any fondness I may have had at one time for the holiday. Having an inquisitive mind and asking endless questions about the origins of Christmas, and Christianity for that matter, has contributed greatly to my wanting to hibernate through the season.

Well here it was December 16th and my luck had run out. While I was trying to enjoy the last few drops of my morning cup of coffee, my wife entered the kitchen and gently approached me asking if I was going to help her put up the Christmas lights. “Damn,” I thought, “One of these years I’m going to get away with not decorating!”

I didn’t really want her to think of me as a heartless, selfish bastard, so trying with the best of my ability not to show my annoyance, I answered affirmatively and as pleasantly as possible, “Sure honey, I’ll help you!”

“I’ll arrange the lights on the bushes,” she said compromisingly, “I just need you to hook them up to the electric!” 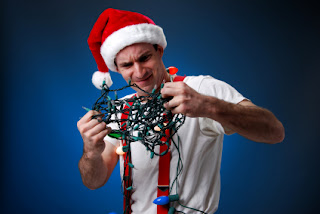 Putting up Christmas lights on my house can sometimes turn into a three day nightmare. Aside from the torturous ordeal of untwisting miles of tangled wire only to find yet another set has died completely, my wife is very particular on how the lights are displayed; symmetry is of extreme importance. There is perfect order to all she does; OCD runs in her family! My motto, “Fuck it, it’s good enough,” does not sit well with her. This year, however, she agreed to concede by not overdoing it; this year she promised not to light up the entire house and to decorate the front bushes only. Relieved by the comforting thought that the annual Christmas light ritual was going to be somewhat toned down this year, I offered my assistance, assuming the task would take up only ninety minutes of my time…tops! What do they say about the best laid plans?

There we were; me and Mrs. Claus, neatly draping lights from bush to bush. It was going along pretty smoothly, I had to say. We weren’t arguing; she wasn’t being overly fussy. We were almost done; there was just one bush remaining. She gave me an engaging smile that led me to believe she was pleased to know we weren’t bickering as she headed towards the front steps with plans to bring out the last two strings of lights. She stopped dead in her tracks just before pulling open the storm door. “Oh no!” she yelped with a horrified expression of dread and disgust. Her Santa-red cheeks turned ghostly white as she stomped her feet and grumbled, “I stepped in shit!” 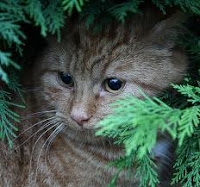 My first thought was that it was probably mud she had mistaken for shit, but then the vile odor started to suddenly permeate the air alerting me to the fact that, as usual, she was right. There was no denying she had definitely stepped in shit, cat shit, in fact! One of our neighbors thought she was doing the humane thing several years ago by putting milk out for stray cats. Her backyard and garage are now havens for felines from all over Nassau County. Obviously, one of the many cats that seem to think they can drop their turds any old place they chose to, must have eaten something that wreaked havoc on its intestinal tract and relieved itself under our bush. Any ideas I may have entertained about getting our lights up in less than a couple of hours were over. I spent the remainder of the afternoon with the garden hose, a scrub brush, a bottle of ammonia, a rake, a shovel and a few plastic bags, courtesy of our local CVS. Not only did my wife get cat excrement on her sneakers, the front walkway and the steps leading to our front door, she got it on the bottom of her jeans. The day turned into an out and out shit-fiasco! Determined to finish the job, while I scrubbed and sprayed in repulsion, she returned to the scene wearing clean sweat pants and an old pair of flip-flops in an attempt to hang the last string of lights. As luck would have it, her foot found the one blob of cat shit I overlooked. Round two had begun. 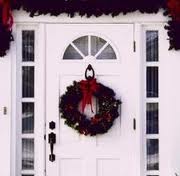 Was there a lesson to be learned from this?  Was somebody trying to tell us something? I don’t know. Could her refraining from putting up Christmas lights to please me have prevented her from getting shit all over her shoes, clothes and front steps; or would my cooperating and going with the program to please her by putting up the lights myself have prevented me from having to clean the shit off her sneakers and scrub the front stoop with ammonia and freezing water on a cold December afternoon? Or did all of this occur simply because shit happens?