MEET THE NEW YEAR, SAME AS THE OLD YEAR?

~2012 is just days away; the year everyone seems to be talking about. Some folks like to interpret the alleged Mayan prediction as being the literal end of the world as we know it. Some folks claim that the world is not going to end, but this particular civilization will. Other folks believe it’s not going to be the end of anything, but stand firm on the belief that a shift in consciousness will occur causing structure to collapse and people to awaken to the bigger picture. Just like Y2K, I don’t think anything of great magnitude is going to happen. Thousands upon thousands of people will gather in Times Square to watch the ball drop, wish each other a healthy, happy and prosperous New Year and by the time they recover from their hangovers on January 1st, the same shit will start all over again. We will continue to make the same mistakes, swallow the same lies, follow the same traditions, believe the same illusions and allow the faceless controllers of the world to create distractions and continue to pull the strings.

~I’m not at all thrilled about how jaded I’ve become to welcoming a New Year. With all the wake-up calls this world has encountered throughout the past centuries, we continue to remain asleep. I certainly don’t want to be burdened by the thought that the human race is hopeless. I want desperately to believe things will get better; that the quality of life will improve for all the underprivileged, undernourished, suffering citizens of Planet Earth. I don’t particularly care in what manner this improvement will come about. I welcome change for the better and it doesn’t necessarily have to occur the way I envision it. I’ll take it any way we can get it. Whether it’s going to be Jesus crashing through the clouds carrying a sword and riding a White Horse, the spaceships circling down from other galaxies, or rays of positive energy beaming down from distant stars, I don’t care; just bring it on! 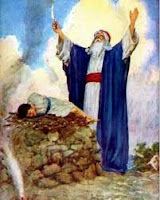 ~Are we on our own? I certainly hope not, because if we are, judging from our past history and recent events, we’re doomed! I would love to be convinced beyond the shadow of a doubt that there is a God of Love sitting on a heavenly throne who we can summon at a moment’s notice to intervene in our affairs and make all things right. I don’t know of a time in Biblical history, from when man first acknowledged the God of Abraham, that there was ever a day of peace on Earth. If this God of Abraham is real, why has he been so removed from the hearts of men that they can kill, cheat, lie and ravage the planet which nourishes them? Could it be the God of Abraham is just the figment of one man’s imagination who won favor with his people simply because of the gratifying promises they needed to hear? If actions speak louder than words, there certainly isn’t enough action occurring to prove this particular God’s existence. The God of the Bible seems more like wishful thinking. This doesn’t mean I don’t believe in a Creator. The One I need to believe in is just too big to put in a box.

~Have earthlings been visited by other life forces? Logic tells me that humans of past civilizations were either very much advanced, or alien beings were here to help our primitive ancestors along. Explain the mathematical precision of the Pyramids, the plumbing in the lost city of Pompeii, or the location of Stonehenge aligning with the latitudinal and longitudinal position of the winter and summer Solstice? How could early civilizations, such as the Egyptians and Mayans, have known Earth’s place in the solar system and invented advanced calendars when future civilizations reverted to believing the world was flat? Where did the knowledge disappear to?

~Do humans have eternal souls inhabiting temporal physical bodies and is life just a recurring chain of events whereby we ultimately become one with the Creator when we attain the highest level of consciousness? Not a bad thought and it certainly makes more sense than being banished to Bogey Land or meeting our deceased loved ones on golden streets beyond some pearly gates. Is all physical life just a means of a Spiritual Creator entertaining himself? Is the gift of life we live strictly for the purpose of fulfilling the Creator’s personal need of expression? Does each of us eventually return to and become One with the Source of all creation?

~I don’t know the answer to any of the above questions but I do know that anything’s possible. My resolution for the New Year is to be more open, more positive and more loving. I will openly admit that I can’t be sure of anything except for the fact that one day the physical body I inhabit will perish. If another journey is awaiting me, I welcome it. I only hope I learned a few lessons in this lifetime that will bring me closer to home. In the meantime, I wish everyone a happy, healthy and prosperous New Year and a step closer to the Light.