Pushing Past Pessimism by Grace Langella


When going through life, humans have a tendency to be very pessimistic—seeing the negative aspect of things, believing that the worst will happen. Because it is so common for humans to think this way, society has created pessimism to be a norm, not realizing how detrimental it is to prosperity and happiness. Contrary to most, some humans have realized how destructive this way of thinking can be to one’s life; therefore, they have established opposed ways of reasoning which are more optimistic and tend to focus on the confidence and success of the future. With these two opposing views infiltrating the minds of humans, we are able to see the way of thinking one chooses to follow by looking at how they choose to present their ideas, feelings, and opinions. All of the different ways people choose to exemplify their outlook on life can be seen in the films Walkabout, Swept Away, The Gods Must be Crazy, and Wings of Desire. Accurately representing the pessimism and optimism that exist within society, the majority of the films portray a pessimistic point of view, whereas only one represents the optimistic way of thinking. In Walkabout, Swept Away, and The Gods Must be Crazy, we are able to see pessimistic thoughts through the depiction of civilized society, for it is shown as nothing but calamitous and toxic for people trying to reach true happiness. On the contrary, Wim Wenders exemplifies optimistic thoughts in Wings of Desire by giving people a reason to trust that society is exquisite and full of opportunity.


Prohibiting people from reaching great opportunity and living a happy life is something that civilized society seems to constantly do. Because this pessimistic way of thinking is so common, Nicolas Roeg, Jamie Uys, and Lina Wertmüller exemplify the many different ways it is brought to light in society. In Roeg’s Walkabout, viewers are able to get an understanding of how detrimental civilized society can be to one’s prosperity through the experience of a young girl and her little brother as they find themselves stranded in the Australian Outback with no means of survival. As The Boy and Girl venture into an unfamiliar world, they are faced with problems, such as not having water, that expose the inadequacy of intelligence that Western society granted them. 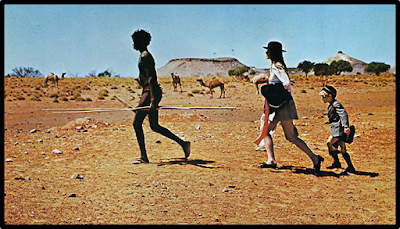 Acting as a complete burden to the children’s survival, the civilized society that they came from did not prepare them for circumstances that would force them out of their comfort zones and expose them to the unrefined elements of indigenous society. Viewers are able to see how vulnerable the children are as they “trudge along the scorching desert in search of home,” until they eventually meet an Aboriginal boy who takes them under his wing and shows how much more beneficial his knowledge from the Outback is compared to the knowledge the children gained from civilized society (Farajollah, par.2).


Taking a similar approach to Roeg, Jamie Uys exemplifies how destructive civilized society is to one’s prosperity in his film, The Gods Must be Crazy, through the Kalahari Bushmen and their serene lifestyle. As a Coke bottle falls out of the sky, the Bushmen experience something they never have before; with the arrival of this unfamiliar object, they see a disruption of peace within their lives due to the infiltration of civilized society. This disruption of peace becomes evident once the Bushmen realize that the Coke bottle can greatly benefit their way of living, which pushes members to compete for ownership. 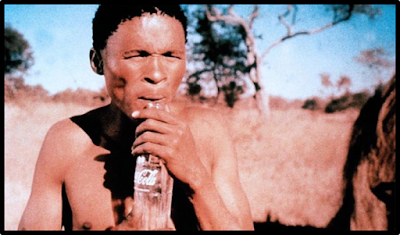 Due to the competition that inevitably starts with the arrival of the Coke bottle, feelings of anger, violence, and hatred begin to form between the Bushmen that once lived in harmony. Through this drastic alteration in behavior, viewers are able to gain a clear understanding that Uys intended to show a pessimistic view of   society by showing how destructive it can be once it gains the attention of people that are unfamiliar to it.


Shining an unfamiliar light on the pessimistic views of civilization in her film Swept Away, Lina Wertmüller exemplifies how destructive the gender roles that exist within Western society are to the cooperation and happiness amongst people. Through Rafaella and Gennarino, viewers are able to see a clear refusal to cooperate due to the idea that a hierarchy exists within society, which restricts them from listening and reasoning with one another. 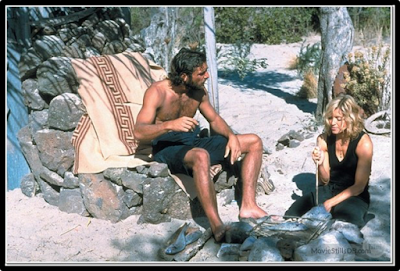 On the boat, Rafaella sees herself as a powerful woman who has control over Gennarino because she is married to a wealthy man that gets her through life; however, once they get stranded on an island together, there is a shift in power as Gennarino takes advantage of the opportunity to show Rafaella that she is nothing but inferior to him and all other men in society. In order to assert his dominance, Gennarino begins to order Rafaella around, making sure she understands that if she does not follow his orders, she will not receive any food or water to survive on the island. When looking at Gennarino’s disturbing actions on the island, viewers are able to gain a clear understanding of the gender roles that exist within society, causing them to see how disastrous the inequality is to people and their way of living.


For the angels in Wenders’ Wings of Desire, their way of living seems to be very monotonous. Spending their time looking down on humanity, the angels are able to see everything that happens in the real world—including both the good and the bad. Exemplifying the bad that happens in the world, Wenders has most of the film revolve around the Berlin Wall, showing viewers “the desolation of WWⅡ” (Orellana, par.3). In order to contrast the dismal and dull images from such a terrible time in history and shed an optimistic light on society, Wenders includes a very unique angel, Damiel, who “has the great luxury of living out of time, out of pain, and consequently, out of suffering” (Orellana, par.3). 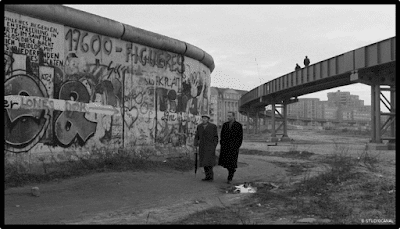 Although Damiel is gifted with such uncommon privileges and sees “so much human suffering, [he] still [chooses] to join” humanity in order to experience what it is like to be part of the bigger picture (Hannanian, par.8). Through his actions, viewers are able to see how “Damiel minimizes...concerns, looking beyond them to discover a world swelling with affection, beauty, and gratitude” (Farajollah, par.8). Once Damiel is able to fulfill his dream and become mortal, he falls in love and solidifies his reasoning for wanting to end his time as an angel; once in love, Damiel gets “filled with an enormous longing for the small things in life,” and comes to realize “that the ability to love is the greatest gift of mankind, and that as long as there is love, there is nothing better than being alive” (Orellana, par.3).

By having Damiel come to such a great understanding of love and society, Wenders is exemplifying that there is more to the world than the negative and destructive things that are briefly shown in his film, and the three previously mentioned. Yes, Wenders understands that there are societal standards and traditions that leave people feeling lost, unhappy, and dissatisfied, but he also is able to be optimistic and exemplify how exquisite and inspiring life can be. 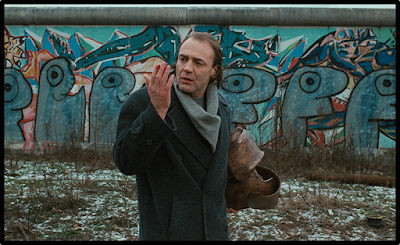 Being able to realize and understand the beauty in life is something that is not easy; naturally, as humans, we are more inclined to think and talk about our negative experiences rather than enjoy the positive things that we go through. This common approach to life can be seen in the films Walkabout, The Gods Must be Crazy, Swept Away, and Wings of Desire because the majority of the directors choose to show only the negative things in life, whereas, there is only one director that chooses to bring out the brighter points that exist within darkness. The lone director that is able to do so is Wim Wenders, for he “assures viewers that the concerns raised by the former three films are minor compared to life’s inherent beauty” (Farajollah, par.7). Although Wenders’ film may seem unrealistic as an angel becomes a mortal being, it is that angel who is able to “break the social and emotional barriers we create for ourselves, and guide us toward a fuller, deeper, richer existence” (Hannanian, par.8). Through Damiel’s ability to realize the beauty in even the most mundane things in life, viewers, including myself, are able to take a step back, realize the importance of appreciating the little things, and understand that we are our own agent of change. Like Damiel, if we are dissatisfied with the way we are living or the things that are going on around us, we have the power to step up and live a life that shines a positive light on everything—no matter how simple or complex it may be. 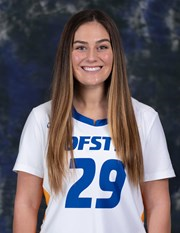 
Uys, Jamie, Director, writer and director. The Gods Must be Crazy.

Posted by Taking Giant Steps Press at 4:41 AM