The Ortolan Bird: Looking for Light in an Unknown World by Haley Ecker 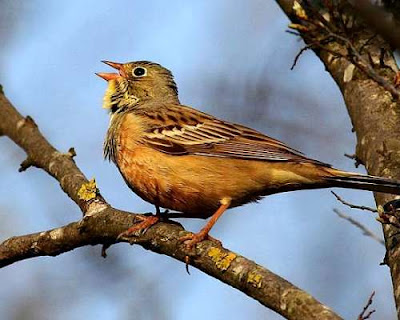 When I left California, my English teacher asked our class what we would take in our “metaphorical briefcase” (Kanda) when we leave for college, harking back to the three months we spent reading The Invisible Man. Classmate after classmate discussed taking their memories, friendships, and lessons learned from high school with them. When it came my turn to respond, my answer was straightforward and simple.


I wanted nothing more than to begin my new life and get as far away as possible from the toxic, Silicon Valley culture that had come to haunt me over the first 17 years of my life. As soon as my feet touched the ground at JFK International Airport, a bizarre new world enveloped me, filled with freedom, choice, and the opportunity to finally experience life on my own terms.


This breakthrough was my own personal journey, my walkabout. The trials and tribulations I have gone through are very reminiscent of those of The Girl in Nicholas Roeg’s cult-classic Walkabout film. My New York was her Outback. My analytical process of life was her need to obey rules and maintain a proper disposition. For both of us, this drastic change in environment, although harrowing and lonely, was necessary to help us learn how to experience life without worrying about the boundaries we were confined to back home.


Both journeys began with the trading of the known for the unknown. Early in the film, there is a narration of an Ortolan bird pecking for food in a box. The bird continues to peck “at the grain in the hope of penetrating through to the light, which he mistakes for the sun” (Roeg, 00:04:22) until it is trapped in the box for so long that the bird drowns. The bird’s continuous search for light is similar to The Girl’s search for freedom. Her brother asks her what she is looking for on the first night they are lost. As the sun sets on their first day alone, she gazed towards the mountains and replied, “I’m looking for light” (Roeg, 00:14:11 ). Although she is literally looking for city lights beyond the mountains to determine which way to go, she is also searching for the possibility of freedom in life. The bird poking through was looking for a light as a way to continue living and find something it needs to live, and The Girl is also looking for a way to survive alone in the Outback. Back home, she was forced to live a life of rules and order with a father who clearly showed no interest in caring for his own children. This journey into the Outback, although not by choice, brings about an opportunity to finally experience the light that she never got to experience back home. Without the supervision of her parent and rules of civilization holding her back, The Girl enters a period of freedom and choice, something she never had growing up.


I began my search for the light when I started to live on my own in New York. I had never been so far from home before and knew virtually nothing about the east coast. If I were asked to name and locate all the states in the northeast, I would not get very far. I had a goal, like The Girl did, but mine was less about life and death and more about creating a new life and a future for myself. This was a necessary journey since there was nothing for me back home. My life back in California revolved around the competitive academic environment of the Silicon Valley and, like The Girl, I was all alone, left to wallow in my self-pity about how much I wanted to be free. 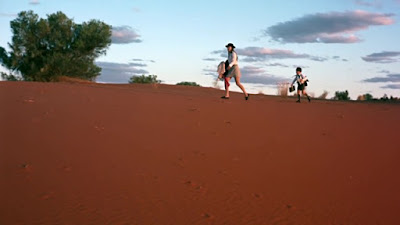 After being abandoned by their father, The Girl has no choice but to act as a mother figure to her little brother. She takes on a role of responsibility to make sure her brother does not have to worry about being lost in the Outback. It is likely that she was already close to her brother as a result of their father’s lack of parenting, but she now has to act as his parent and enforce rules upon the two of them that will help them survive, such as conserving water and radio usage. Having to assume this much responsibility at such a young age is a lot for a teenager. This resonates with Chelsea Miller’s story of her family life in “An Eye to Walkabout: Little Mother” in that the author, like The Girl, had to assume adult-like responsibility to care for the wellbeing of her own sibling. The Girl did not want her little brother to have to worry about whether or not they would make it out alive, similar to how Miller “did not want [her] siblings to think that [their] parents might get divorced like [she] feared” (Miller, par. 5). The Girl has no one to vent to since her little brother will not understand the gravity of what she is going through to keep the two of them alive. She was unable to do as she necessarily pleased, since she had to stay strong for her brother. She had not found the light, yet.


This struggle changed when she met the Aborigine. While she was cautious upon first meeting him, the Aborigine becomes an asset for The Girl and her brother. They finally have someone who is able to guide them through the harsh terrain and provide them with actual nourishment. Despite the language barrier, The Girl and the Aborigine become friends, and he is able to lessen her stress by helping her care for her little brother. She is finally able to be at ease with herself and partake in more fun, personal activities. While the Aborigine goes hunting with her brother, The Girl is able to swim freely, by herself, in a lagoon (Roeg, 1:00:43). This moment is something that she never would have been able to do had she been caring for her brother alone. The new life she finds with the Aborigine is completely different from what she was accustomed to, but this deeply contrasts the restricted, responsibility-focused life she was used to. She is seen smiling far more after she meets the Aborigine and is actually able to have more fun even though her and her brother are stranded. This new freedom she gains after meeting the Aborigine is like the Ortolan bird pecking through to the light – she finally begins to find her light because of him.


It is this new environment, able to be understood with the Aborigine’s help, that allows The Girl to flourish and begin to experience freedom and choice in her daily life. I went through a similar period of freedom and joy after I joined my sorority on campus. I was instantly given a new, less lonely perspective on New York and found myself way more involved in my undergraduate community. I felt uneasy when I first joined, like The Girl was after meeting the Aborigine for the first time, but as I got to know the sorority sisters and join them in their activities, I realized that this lonely place was not as empty as I thought it was. No longer confined to my dorm room and my chemistry lab, Hofstra became the brightest place in the world. I found lifelong friends and the thought of having to leave New York never crossed my mind.


I did not realize I had found my light, however, until I was forced back into darkness when I returned home. My first summer after freshman year ended brought me back to a dark place that I thought I had escaped in New York. I found myself all alone, with all my friends back on the east coast, and trapped in the house where I spent nights crying myself to sleep. As happy as I was to see my parents, I dreamed of going back to my new home. My mental health worsened and without the ability to freely move and do what I wanted, I was sent into a depressive spiral that just deepened more and more with each passing day. My time in New York felt like a fever dream. The joyful life that I had yearned for was suddenly snatched away from me. 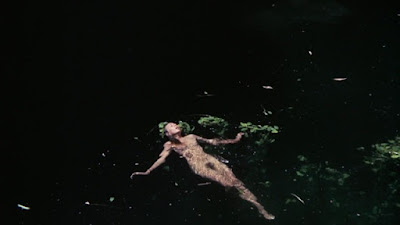 The Girl’s flashback as an adult eerily mirrored the feelings I had when I was sent back home. She found herself back in a life she had escaped from. It is clear based on her expressionless face when her husband is talking about work that she is not as happy as she was when her, the Aborigine, and her brother were in the Outback (Roeg, 1:37:48). The fact that she ends up in the same house she grew up in with her distant, murderous father further supports the point that she returned to a life she wanted to get away from. She recalled her time with the Aborigine while in a hug with her husband because she had not realized just how good she had it when she was on her own. Now that she is a grown woman forced into a simple housewife’s role, she is aware of how much freedom she had when with the Aborigine.


The Girl and I found ourselves in the same situation as the Ortolan bird. We thought we had found the sun during our brief time on our own and thought we were free to reap the rewards. Instead, we ended up still trapped in the boxes we had escaped, left to drown in memories of what freedom and choice used to taste like. Returning home is now even more difficult than it used to be. My light is here in New York, amongst my sorority sisters and new friends. The Girl and I were able to experience what it is like to have a sip of freedom during our walkabouts and unfortunately, we can no longer settle for anything less without wondering about the good times we used to have. 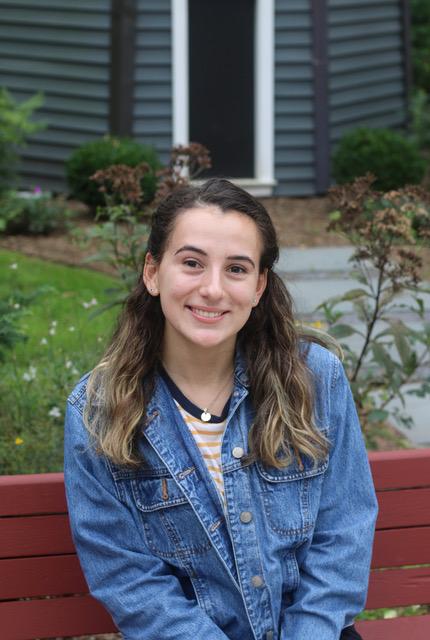 Posted by Taking Giant Steps Press at 6:23 AM