Making It Work: The Bell and The Bowl by Dushyant Rakheja


When I was seventeen-years-old, my parents allowed me to watch a movie with my friends for the first time. Feeling like the king of the world, I went to buy popcorn during the trailers. As I was waiting in line playing with the only thing in my pocket, my dad’s debit card, a thought swept over me harder than a tsunami; someday I will have to spend my own money to buy the popcorn, the movie ticket, and the water! I went back home and handed the card back to my father without any grease on my fingers. The strength of the thought threw me into such an absolute anxiety about how to earn money that I forgot to order popcorn. This lingering unease was all I could talk to my friends about for the next couple of days. Unsurprisingly, they had had the same thought way before I did and were also looking for solutions. We shared our ideas on our communal bench, the one by the window in the corner. We took down notes during lectures hoping to scientifically analyse the historical decisions made in our civic society. However, we were only young seventeen-year-old brains with no real-world experience. All the ideas that we could come up with were too simple, according to our parents. So, naturally, we turned to them for advice and learned something we would never forget.

Having gone through the same phase, my father had an exact cure to my itch: “Go to college and get a degree. If you score all ‘A’s you will earn enough riches to dwarf a small nation. Score one B and you’ll just be getting along. Anything below that and you can call the assistant because you are not worth the time” (Rakheja). That is, in closest translation, what my father said to me, just as his elder brother had stated it to him. Later when I consulted my uncle, he confessed to quoting my grandfather on that occasion. One can assume that my grandfather probably quoted somebody ancient who came before him. Going to college for money, therefore, seems like an inherent knowledge passed down through my family. By conversing with people in my classes I discovered that this knowledge is not just my heirloom; we all have it. Consider the clear indication in my roommate’s prompt reply to my questioning his major: “I am an accounting major so I can get a job as an accountant. I gotta pay the bills” (Galietta). Everybody wants to study a subject to “get a job” in that field. It has been conditioned into us like the bell and the bowl of food that was conditioned into Pavlov’s dogs.

During the 1890’s, a Russian physiologist named Ivan Pavlov conducted research in classical conditioning by examining dogs’ saliva in response to an induced stimulus (BullyingNewsVideo). He would ring a bell and give the dogs a bowl of treats. In time, the dogs started to associate the sound of the bell with the bowl of food, thus releasing happy hormones whenever the bell was rung. After a while, the dogs got elated by the mere sound of the bell even without the chow in sight, thereby being conditioned to like the chime. Using the same logic, one is conditioned to stay in crippling college debt. 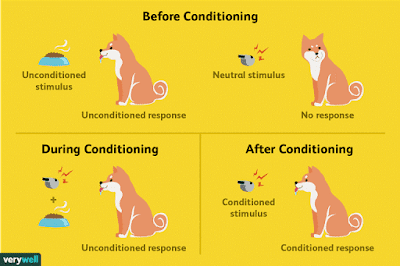 There is no denying that the cost of college is increasing exponentially. Take Hofstra University, for example; their per year tuition rates went up from $20,999 (inflation adjusted) in 1998 to $43,960 in 2018. Similarly, the City University of New York’s rates went up from $5,091 in 1998 (inflation adjusted) to $17,910 in 2018 (Chronicle of Higher Education). The cost of attending each college throughout the U.S. went up almost every year of the decade. If one was to take an economist’s view, it only seems fair to raise prices. Since it is seen as an essential product (diploma) and service (learning) by the people, they are bound to indulge in it. As Thomas Frank notes in “The Price of Admission,” “An annual pass to Disneyland would also cost $54,000 if society believed that what it took to make you eligible for success was a great many hours spent absorbing the subtle lessons of the Finding Nemo Submarine Voyage” (par. 5). Even so, it is not necessary for the bowl of crippling debt to follow the bell of college. The bowl that leaves a student crying on their floor eating ice cream while re-watching the same Disney movie for the 19th time is avoidable. Alas, my strolls through campus and its neighborhood have pointed out that we do not want to evade it!

Every person I know would love to have less debt, but they are not willing to work. Obviously, they want a job, but they desire the immediate rags-to-riches story because they want to be Princess Diana. Nobody notices the “Help Wanted” signs posted in the windows of shops that are within a ten minute walking radius of the campus as they are too busy shining their tiaras. My own roommates, who have more debt than I do. would rather make fun of me for waking up at 6:00 am to go to work than get off their Playstation and work alongside me. By lounging around and complaining about not having enough money or required job experience afterwards, we allow our comfort zone to become a limiting threshold. Certainly not everyone may want to be waiting tables til midnight, but I have also seen a “We are Hiring” poster outside the same Target Superstore for the past month. These are not jobs that pay $250 or $300 an hour as we would like them to, but it is still progress--- the building block of human society. These $7 or $8 per hour jobs keep us from being monkeys with suits and ties hanging in our wardrobes. Everybody seems to be so content with being in the state of having debt that they forget what being human is.

Slow progress over centuries is what led humans to rule the food chain. It is these increments, i.e., low paying jobs, that will continue to lead our march towards the top. It is not as easy as going out with our paper degree, handing it over the counter, and coming back with money as if we are buying bread from a grocery store. It involves long hours of collecting small slices that will eventually bundle up to a big loaf (Farquharson). Not only is it about small slices, but American citizens can make their college lives easier in big sums---even if they do not have an academic scholarship! 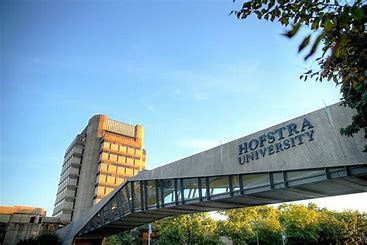 The ROTC program at most universities is available for anyone with an average GPA of 2.4. The program’s recruiting officer at Hofstra University also mentioned that there are scholarships that can amount to half the cost of tuition (Massidas). Since room and board amount to the second highest cost contributor in college, Hofstra, like many American universities, provides free room and board to active ROTC members. This is just one way to cut down college cost without being an academic or athletic genius. All it takes is a little snooping around.


Amidst all this “give me what I want because I want it” mindset that we carry, the go-getter sense has been lost. The sooner one realizes that they cannot beam up to the rich life, but rather will have to put in some effort, the closer they will be to their American dream. I am an international student from a middle-class family who is not allowed to work in America. However, while nobody was looking, I was able to add two slices to my bread fund. If I could, that means native-born Americans do not look closely enough. Are we letting opportunities pass us by because we are blinded by the end goal? There is a treacherous track we must tread before reaching the ribbon. As the product of our parents’ money, having almost nothing to our name, why should we be afraid to start from level negative one? We have got to stop getting happy at the sound of the bell and go look for the bowl. 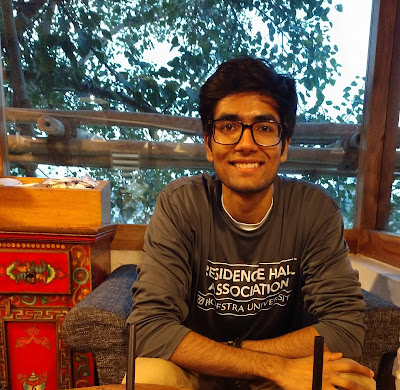