How Identity Works: Without Pain How Can We Know Joy? by Sadie Schofield 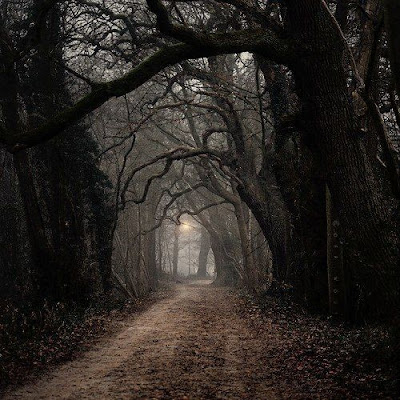 What is good without bad? In “The Story of the Chinese Farmer” by Alan Watts there was a man who had bad and good fortune happen to him at different times. His son broke his leg which seemed to be a bad fortune, but because of this, he was not drafted into the war. His neighbors gathered around him every time a different event occurred, and they would cry out “Oh, that’s too bad” or “Wow, that’s great!” However, each time the Chinese farmer would state, “Maybe” (Watts). The Chinese farmer realized something that all these town folks did not understand. You cannot have good without bad. They are inseparable. For “your joy is your sorrow unmasked” (Gibran, [On Joy and Sorrow]). Alan Watts gives a clearer picture of this in The Book: On the Taboo Against Knowing Who You Are by stating:
. . . Just as the hour-hand of the watch goes up to twelve and down to six, so, too, there is day and night, waking and sleeping, living and dying, summer and winter. You can't have any one of these without the other, because you wouldn't be able to know what black is unless you had seen it side-by-side with white, or white unless side-by-side with black.

Everyone has their own experiences with black and white. One fails a test, but because of it, one wants to study harder. One gets thrown in jail; however, one learns not to make the same mistake again. One gets sexually assaulted, yet one walks away stronger with the knowledge that even though this happened, one might be able to help someone else who is going through the same thing. Whitman wrote in “Song of Myself,” section 4, “I also say it is good to fall, battles are lost in the same spirit in which they are won” (Whitman, par. 18). I have had my own share of black and white which I had to deal with and my own identity to figure out. For me to tell what happened to me and to take ownership of the situation is going to be a hard thing, but in the end, it will help myself as well as others.

From the ages of three through sixteen, I was sexually assaulted by my grandfather. He was a man who I called Papa. I was supposed to trust him and have comfort knowing he would protect me, yet instead he betrayed me. This was something which pierced my soul and made me ashamed of who I was. I thought that it was me who did something wrong, that in some way I was the problem. Just like any other victim of a sexual assault, whether you are male or female, you know that a part of you is missing after the occurrence. There is that feeling missing from you; you know it was there, but now it is snatched away by the rapist.

Surprisingly, I never realized what was happening to me until I was sixteen. Because of my Baptist background, I was never taught what sexual assault was. My church thought it best to keep these things away from children not realizing that sexual assault could happen to anyone. The even sadder part was, when I eventually realized what was happening, my grandfather was admitted to a nursing home because he suffered from Alzheimer’s disease and forgot his past. He might have forgotten what he did, but I did not. He eventually passed away in October of 2016; I watched him take his final breath as he laid there on a hospital cot. For a long time, I felt no justice was done for his actions. Instead, I curled up in a ball of negative emotions causing 2017 to be the worst year of my life. I tried counseling for a while with no avail. One cannot be helped by a counselor if one is not willing to heed their advice. For me, at least, I had to figure out for myself who I was. Was I just a victim of a crime or was I someone who might grow from this experience?
Someone who helped me figure out my identity was my friend Robert. He went through a similar experience of feeling rejected and used, yet somehow he looked past all of that and found the beauty in life. He realized “the deeper that sorrow carves into your being, the more joy you can contain” (Gibran, [On Joy and Sorrow]). It was him who got me out of my mental state of collapse. Through him, I learned to “unscrew the locks from the doors and to unscrew the doors themselves from their jambs” (Whitman, par. 24). Reflecting on my grandfather’s behavior, I took refuge in these words: “Whoever degrades another degrades me and whatever is said and done at last returns to me” (Whitman, par. 24). Because of Robert’s scarred past, he looked to alternative options to relieve his pain, causing him to have a run-in with the law. He did, however, learn that he would not be making the same mistake again, but he still had to pay for the consequence of his actions. This past November he was taken away to prison for a few months, where he is now. This was another major event in my life which could have caused me to slip into depression had I not looked at it from a healthy point of view. I saw this as a way for me to put into practice everything that he helped me with. I saw it as an opportunity for growth and to show the world that even though this is my past it does not define me. I do still struggle a bit with my past sometimes and “these thoughts come to me days and nights and go from me again, but they are not the Me myself” (Whitman, par. 4). 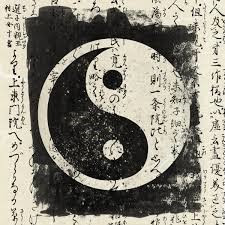 I took my first steps into discovering my new self as I progressed throughout my first semester of college here at Hofstra University. I was not going to let these series of sexual assaults be the thing that took me down. Instead, I decided to surround myself with people who I knew had my best interest at heart, even though this story of sexual abuse might scare them. However, this story might also help them because “no matter who you are, we all have some sort of monster hiding in our closet” (Gottwald). This was my monster and is the monster of many other people. I have to say if I had not have gone through this experience I would not be at the same state of mental compacity as I am now. In a weird, twisted way I did grow from this experience. Because of this, I unlocked what Whitman was trying to say when he stated in his Preface to Leaves of Grass:
. . . hate tyrants . . . have patience and indulgence toward the people, take off your hat to nothing known or unknown or to any man or number of men. . .  read these leaves in the open air every season of every year of your life, re-examine all you have been told at school or church or in any book, dismiss whatever insults your own soul; and your flesh shall be a great poem and have the richest fluency not only in its words but in the silent lines of its lips and face and between the lashes of your eyes and in every motion and joint of your body.

Because of experiencing rape at a young age, I have learned to be more companionate and to take more time to invest in the lives of others. I also learned to re-examine my life as well as overcome whatever insults me. My job now as a thinker and learner is to use the Jewish philosophy תיקון עולם or tikkun olam, which roughly translates, “to heal the world.” I have to repair the tear in the world by showing people that “I will no longer be made to feel ashamed of existing. . . I will overcome the tradition of silence” (Anzaldua, par. 40). We are given tongues to be able to speak the truth and to stand up for what is right. We should not feel like we have to hide our past or be too afraid to speak up when we are being abused. Gloria Anzaldua suffered with using her own voice. Every time she opened up her mouth she was deemed wrong. That is why we have to untame our tongues; we need to prevent the silence. There are many women and men alike that feel the need to keep silent; they do not feel like they are going to be taken seriously. Such is the case with many college students. Sarah Baum wrote it best in her essay, “Pulling That Weight: How Colleges Can Support Survivors of Sexual Assault,” especially the story of Emma Sulkowize (uses they/them pronoun). Emma was sexually assaulted while they attended Columbia University. “They reported it [the assault] to campus authorities but it fell on deaf ears. When that failed, they reported their assault to the NYPD. Their case was ridiculed and dismissed” (Baum, par. 1) Emma is just one of many who have suffered by being dismissed. It is a scary thought that “One in five women will be assaulted on a college campus” (RAINN). Yet, when a student is a victim of sexual assault on campus, they have no ally in their school. They only face blame and shame. “They are damned before they can even be victimized” (Baum, par. 2). We need to all bond together to stop this from happening. We need to lend a listening ear to victims. We also need to help heal the world of the victims whose lives have been torn apart. We need to jump out of the cave and look toward the light (Plato).

Looking back now, a semester after I wrote this, I can truly say that my life has changed. I have been able to use my voice as a writer to help others by stepping into peoples’ lives and being the listening ear, they were yearning for. Because of this I have been able to help victims gain a voice of their own. Sexual assault is a hard battle to overcome, but when we all join together to take it down little by little the mountain turns into a mole hill. 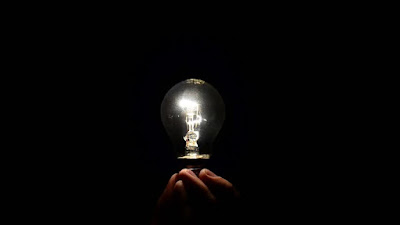 
Baum, S. (2018). Pulling That Weight: How Colleges Can Support Survivors of Sexual Assault.