Apathy, Atheism, and The Last Call by Dushyant Rakheja 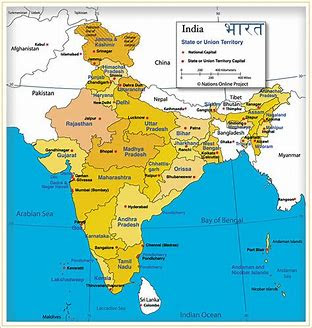 I spoiled God’s divine plan at the age of 17. My mother was shouting at me to not throw a bucket of water at my sleeping brother, yet I did. As expected, she was as enraged as was my brother, but he’s not important for now. My mother, or rather her beliefs as a Hindu, however, are. According to Hinduism, God has a divine plan for the world and everything that happens in a human’s life happens for a reason that only They know. Hence, it is often preached that one should not give into rage because all bad things are Their plan. If one reads again closely, they will find that I was able to aggravate a firm believer of this notion. I had her, just for a moment, “step away from God” and commit a sin. That possibly wasn’t part of his plan. I beat God…or did I?

Later that year angering my mother became a second habit, and questioning Their existence became the first. That was because I had concluded at this point that there was no divine plan that we followed. Call me skeptical but I fail to understand why the plan called for people to die at the hands of others for money. If there was a God, would he make a plan that could lead to this? Though I did know the answer already I wanted confirmation, which I found in Alan Watts’s The Book: On the Taboo against Knowing Who You Are. He confirmed my suspicion in the very first chapter by saying:
God also likes to play hide-and-seek, but because there is nothing outside God, he has no one but himself to play with. But he gets over this difficulty by pretending that he is not himself. This is his way of hiding from himself. He pretends that he is you and I and all the people in the world, all the animals, all the plants, all the rocks, and all the stars. (Watts)
Hindu philosophy states that we are born of God and we are one with Him. Watts seconds this notion by stating “there is nothing outside God.” Ergo, inhabitants of the earth, we all collectively are God! He is more you and more I than he is in Himself. The fog dissipated at last, giving way to why the divine plan led us to an era where the majority is not happy to be alive.

“… Sometimes the reason is you're stupid and make bad decisions.” (Harmon)

Being the Devil’s advocate, or maybe the God’s advocate, I started questioning priests and learned people about whether they knew God or not. More importantly, had God given them what they asked for any more than their parents or friends did? Before the big reveal, however, it is important that one knows about Plato’s Allegory of the Cave.

Consider a bunch of prisoners who were chained up in an underground cave ever since birth. Their only sources of light are the diffused sunlight coming from the mouth of the cave and the fire burning behind them at a higher elevation than them. From in front of the fire passes a road where showman and puppeteers perform casting a shadow on the opposite wall, the only wall that prisoners can see. Since that was the only thing they saw since the beginning of their lives, the prisoners accept the shadows to be true and hence start naming and familiarizing with them. If from a bunch of these prisoners one random person was freed and shown his surroundings – the fire and the diffused sunlight – he would start questioning his conception of reality.

Furthermore, if he was led through the mouth of the cave and into the outside world, his eyes would find the sunlight too bright and it would be hard for him to adjust. But once they do, he is introduced to a whole new world that he could not have dreamt of in his wildest dreams. He is exposed to figures that have depth and color, that cast shadows. After a while of discomfort and a lot of questions, he would recognize the sun as the source of light and objects as the source of shadows. He then deciphers what we consider basic reality.

Illuminated by this new knowledge, the prisoner returns to the cave to help his fellow prisoners differentiate the true from the shadows. Before making a decision, I would like you to try and remember your reaction when you figured out your mother’s name was not “mom,” or some other variation of it, but rather something else. I, personally, did not accept the fact and it took a lot of explanation to reconcile me. Or, try telling somebody that cockroaches cannot harm them and do not need to be feared. If one can be unaccepting of such minor changes, it would come as no surprise that the prisoners did not want to believe the free man. Since his eyes were more adapted to light, he could not see the shadows of the cave properly whereas the other prisoners could. They used that fact to establish their superiority and shunned him aside like a lunatic. The prisoners in this case could be exchanged with the priests I talked in my quest for sun.

Some debated with me back and forth and strengthened my point that God resides in all of us, and prayer is just a way of reminding oneself what’s important to them in life. Others entered a state of absolute denial or even became a little hostile with their words and called me the personification of blasphemy. 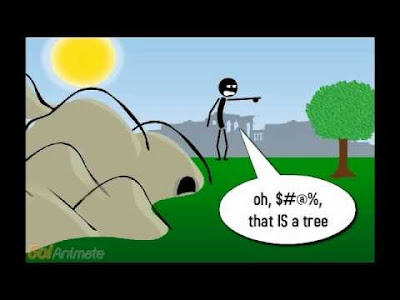 Societal pressure, however, did not stop my investigations. I had progressed to finding the meaning in every mundane aspect of life: each blink, each wink, the flutter of the bees that I now consider my equal, each breath we take. The last question popped up to me during my grandfather’s funeral. He was clinging to life with an oxygen mask as Alzheimer’s took away his ability to breathe. My uncles and father gathered around him and were showing him images of the deity he worshiped and whispered, “They are calling you. You want to go to Them, right? You can go.” Among the loud sniffles, cries, and wailing, this sentence rang loud in my mind. If one believes in living a better life after death, why do they fear it or get sad when a close one dies?

“Has any one supposed it lucky to be born? I hasten to inform him or her it is just as lucky to die…” (Whitman)

Walt Whitman’s 52-piece series called “Song of Myself” covered most of what I would like to know about life. It is true that the way I assimilate the message may be radically different than what he intended, but it resolved my issues. From Song 1, “I celebrate myself, and sing myself…,” I learned what it truly means to live and bask in the glory of oneself while enjoying the moment. Song 6 talks about leaves of grass, affirming oneness among humans and the earth; all of us being part of the same, being born and dying to be the same. Why should I then treat anything or anybody any different than others? The grass I walk on is not less deserving of my respect than the stranger I share a smile with at the coffee shop. My reaction on my phone falling out of my pocket and breaking must not differ from when I found out it was just my tempered glass protector. Some people mistake this for my apathy, but I am merely taking things as they come, like the Chinese farmer.

The Chinese farmer, in Alan Watts’ The Story of the Chinese Farmer, as one may have guessed by now, was a statute of the Buddhist principle of impermanence with an eye to the tao (zen). When dealt with seemingly good or bad situations, the farmer stays calm and waits for them to play out on their own, much like Arjuna learns in the Bhagavad Gita, that is, non-attachment to the fruits of one's actions. Divergence of the actual outcome from our expectations is what causes our sadness and not the outcomes themselves. This happens to be an unrealistic thing to chase after, but we all hope for a miracle every day.


Through my journey of life till now, I have been transformed into an atheist who does not believe in god, but after being acquainted with Alan Watts and Plato, I believe in humans and our power to change our lives as well as others. Hence, I would rather say that I am non-theistic but still pursuing truth. I believe in questioning what I see and am told to believe without reason. Walt Whitman gave me new questions to think about and a new perspective to view things from. The Chinese farmer challenged me to not over-think too much and to take things as they come. I was resolved and challenged to break the shackles and go to the light, to stand at the edge of the cave and learn about all the new parts of me that I see and not be overwhelmed by it. I have a new rail to take my train of thought on, and this is the last call. All aboard! 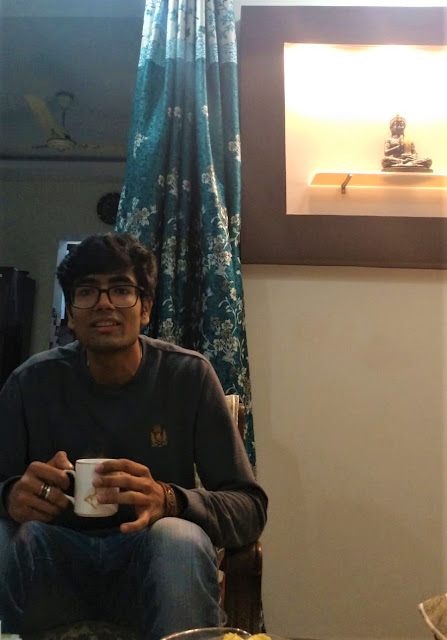 
Watts, Alan. Chapter 1 “Inside Information.” The Book On the Taboo Against Knowing Who You Are. Aylesbury: Hazell Watson & Viney Ltd, 1973. Xvii. PDF

Posted by Taking Giant Steps Press at 7:22 AM

Email ThisBlogThis!Share to TwitterShare to FacebookShare to Pinterest
Labels: Alan Watts, Bhagavad Gita, Dushyant Rakheja, Leaves of Grass, Plato, The Book: On The Taboo Against Knowing Who You Are, The Story of the Chinese Farmer, Walt Whitman