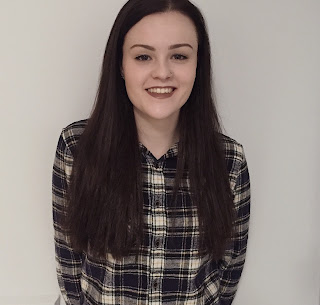 It’s amazing to me how certain texts can generate profound reactions, inciting my thought and broadening my outlook. Whilst reading the works of Franz Kafka, Susan Faludi, Plato, and Walt Whitman, I became particularly introspective due to the relatability of the concepts and the artistry in which they were written. With Franz Kafka’s The Metamorphosis, I was forced to confront the magnitude in which I use my voice, and if my voice is considered a leading component of my character. Susan Faludi’s Backlash educated me on the struggles that adult women encounter, motivating me to denounce and reform the current structure in which women are marginalized. The symbolism behind Plato’s “Allegory of the Cave” demonstrated the obligation I have to be both free in my thinking and influential in my liberation. “Song of Myself,” written by Walt Whitman, contains an abundance of complexities, but, as he elegantly expresses, I am not alone in understanding the convoluted perplexities the world puts forth. Not only have these texts forced me to reflect on my identity, but they have also promoted me to further my advancement in both my attitudes and my judgments.

In Franz Kafka’s novella The Metamorphosis, the protagonist, Gregor, wishes to be rid of his mundane job and household responsibilities. To his surprise and his family’s, he wakes up one morning as a giant bug. Though his family tries to assist him in his new condition, they end up finding him to be a burden and want to be free of him. The novella ends with Gregor’s demise from depression and lack of care. Metamorphosis is grim not only because of Gregor’s unwelcomed transformation and consequentially his end, but also due to his immediate exclusion from society as a result of his noncompliance to societal norms.

Gregor is unable to speak, therefore suppressing his identity. He is unable to explain his actions and is therefore chastised for behaving in a manner that renounces norms because he is unable to justify such actions. Subjectively speaking, I have never been one to repudiate the status quo; however, I can relate to the protagonist’s conflict with speech. Unlike Gregor, I have the opportunity to communicate with others; however, my aversion to speech tends to put me in a position similar to Gregor’s. Great communicators can oftentimes undermine the voices of others. With this work, I was forced to ask myself if I am repressing my own identity by allowing those with more potent voices to assert their opinions over mine. Kafka also challenged me to observe how much of our identities come from the nature of speech. Those who may not have the capacity to sufficiently verbalize their thoughts may find an interest in writing; however, today we rarely communicate through writing and if we do, it is mostly through shorthand and Emojis. Although we can attempt to express ourselves through appearance, like Gregor, we are forever subjugated to the unwarranted disapprovals that are cast upon us. Through voice, one can learn, engage in compromise, and speak up for themselves and others. Kafka challenges me to use the voice I have to construct my own identity.

I don’t find that our nation’s gender gap is apparently distinct in my everyday life; however, the media, one of the greatest influences of my generation, is always prone to highlight gender disparities and even widen the gap for further self-interest. In Susan Faludi’s Backlash, she exposes the inequalities women face today, despite the many misconceptions people have made in believing that women have overcome all of their obstacles. Faludi concludes the debate by offering several instances in which females are deemed inferior to men, including government representation, occupational and domestic positions, our nation’s failure to accommodate for women’s reproductive rights, and the way we are portrayed in popular culture. Due to Faludi’s work, my stance on women’s rights expanded, because at my age, many of the divergences between genders are not necessarily conspicuous in my position. Through her outlook and research, I am able to better understand the challenges I might face if  adequate progress in the women’s rights movement is not made.

Faludi argues that female dilemmas derive from the media, calling it “an endless feedback loop that perpetuates and exaggerates its own false images of womanhood.” I find that it has been increasingly difficult to overlook the prevailing portrayals of women in the media. Through advertisements, women are repeatedly over-sexualized, and onscreen, in television and movies, they account only for 12% of the protagonists in 2014 programming. This depiction of women gives society the impression that women’s voices are less valuable compared to men’s, and their appearances are the foremost component of their identities. Women’s voices are also extremely underrepresented in the media. In 2014, women comprised merely 25% of writers, 23% of executive producers, and 20% of show creators (Alter). As expressed by Simone de Beauvoir, “Representation of the world, like the world itself, is the work of men; they describe it from their own point of view, which they confuse with absolute truth” (141). It is difficult to achieve genuine images of womanhood if men are the ones constructing female ideals. Faludi’s writing settled my position on women in media: the lack of female involvement in the media’s influential portrayals of women generates further insignificance for women’s central identities. In acknowledging this issue that women continually endure, I can aim to resolve the ongoing imbalances and false depictions, furthering the advancement of gender equality.  My identity as a woman should not be established by distorted ideals, and other women should not feel the need to alter themselves in order to match any corrupt standards.

One of the concepts created by Plato is the Theory of Forms, which explains that in our reality there are true “forms” that we cannot necessarily observe with our five senses, but function as our reference point for everything, from beauty to goodness. Plato taught that humans are born with an understanding of the real forms, but as we grow, society alters those forms, obstructing us from being able to see the truth (“Plato’s Theory of Forms- What Does it Really Mean”). In the “Allegory of the Cave,” prisoners have been held inside a cave since birth, and while they are unable to see the world outside of the cave, they do observe the shadows that the world makes, accepting that to be reality. One prisoner frees himself from the false world presented to him, and by leaving the cave, the prisoner is attempting to unearth the true “forms.” The environment the prisoner discovers represents the World of Forms, and all elements in the world derive from the sun, which represents goodness. The World of Forms is believed to be where honest beauty exists. Plato’s work broadens my outlook on what is deemed beautiful. Society establishes standards of beauty and forces humanity to perceive them, through advertisements and media, although the ingrained standards are merely reflections of the true “forms.” Plato teaches that those who seek the genuine model of beauty will find that it derives from goodness.

As humans, our knowledge is limited to the civilization that we are born into, similar to the prisoners enduring the entirety of their lives in a cave. They perceive the world from solely their position inside the cave, observing inaccurate depictions and refusing to believe that they are being deceived. “The Allegory of the Cave” can also be resolved by understanding of what it means to be open-minded. As described by Alan Watts, “If we are open only to discoveries which will accord with what we know already, we may as well stay shut” (103). In order to interpret the world on a broader spectrum, I must learn to detach myself from what I was taught in order to justly perceive a world that is unlike the one I have come to know.

The best way to learn is through experience, according Walt Whitman. In his poem “Song of Myself,” he is not only commending himself, but also humanity in its entirety. According to Whitman, we are all connected as he illustrates through the nature of grass. Grass grows upon the deceased, connecting humanity to earth and individuals to all of humanity. Just as humans and nature are equal, Whitman considers body and soul to one as well. Whitman’s emphasis on the integrality that exists between humans and nature builds by notion that humanity should fixate on what we know, rather than what we hold to be true, as in religion. Whitman rejects prioritizing one God over others, because God is everywhere and we are all one collective world. I am inspired by his rejection of complete isolation, because regardless of the circumstance, one is never alone on his or her journey of existence. The difficulties in life are easier to conquer when an individual recognizes that they are not unaccompanied. Whitman declares, “And I say to any man or woman, Let your soul stand cool and composed before a million universes” (79). He is assuring readers that their identity is great and able to overcome any of the challenges that life presents.

It’s a beautiful concept that poetry, stories, and memoirs can forge one’s individuality. The publication and dissemination of history’s and today’s influential perspectives persuades the mindsets of several individuals, not only connecting people to the past, but also connecting people together here and now. People might not always think the same way as me either because their identities have been more or less developed, or because their identities have been established in a completely dissimilar system; however, this difference in identities is one of the grand advantages that humanity tends to overlook. Those who possess identities that have been forged by numerous experiences can influence and inspire those who have not or may never be able to undergo those experiences. The works that I read have guided my growth as an individual, and my interactions with others encourages me to continue to expand my own perspective.

"Plato's Theory of Forms- What Does It Really Mean?" Philosophyzer. N.p., . Web. . <http://www.philosophyzer.com/platos-theory-of-forms/>.

Posted by Taking Giant Steps Press at 7:06 AM