Painting the Texas Hill Country: An Interview with DUSTY PENDLETON 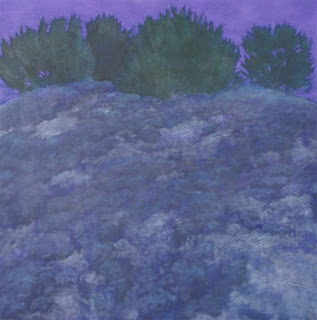 ﻿
KIRPAL GORDON:  As you enter your 41st year of working as a painter, do you have any thoughts on your career so far?

DUSTY PENDLETON:  First of all, I’ve never considered what I do or have as being a ‘career.’ This is in direct opposition to the idea of ‘careerism’ in the arts wherein a certain amount of time and energy is spent on self-promotion and hype in order to get the works sold. My feelings have always run to the idea that if what I’m doing is legitimate, then it will be allowed to continue being done. If the work resonates, then someone will find it to be something that they'd wish to keep.  For many, that’s not possible but for some, it is and they buy it. Like Stieglitz said of the works in his gallery, “These works are for sale, but no, we do not sell art.” 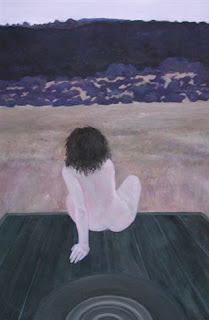 ﻿
KIRPAL GORDON:  How did you come to this way of thinking?

DUSTY PENDLETON: I’d read of Stieglitz while studying art history, but it wasn’t until arriving in NYC that I encountered how the system works there. That Grand Dame of the Artists Information Registry, that sort of clearing house for artists and gallery connections, put it to me as, “Who do you think you are? You've got to find a gallery, go to openings, attend the parties and maybe get your own solo show and then another gallery will notice how your works are doing and they will steal you away from the first gallery and so forth.” That's when I became aware of the dictum, ‘It’s not about the art, it’s about the artist.’ Plus, I found that no gallery would consider showing the
figure, certainly not the nude. So, to get noticed, I’d have to be working within the parameters of what I called the style du jour. None of that made me want to be a part of the scene, so I didn’t.  It’s that simple.

KIRPAL GORDON: Has it been difficult to be outside the mainstream?

DUSTY PENDLETON: There have been times, certainly, when I could have been better  funded. However, Martha, my wife of 41 years, has always been supportive and kept the wolves at bay when needed. When times have been better, we’ve been able to move about to more interesting locales with lower overheads.  We’re in this together, you see.  Also, we both really enjoyed the foreign experiences, which seem quite exotic but were actually more a case of lower overhead expenses. To live for a year in Paris was less expensive than a year in NYC during the 70s and a year in England was less expensive than Paris in the 80s and so on. Plus, there was the added bonus of the respect that Europeans or Mexicans have for anyone in the arts and they aren’t so hide bound about accepting them into their community. 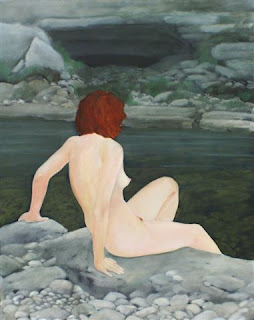 ﻿
KIRPAL GORDON:  I notice that, since returning to Texas, you’ve become more of a landscape painter. Is that because Texas is more open to your landscapes than your figure work? I can’t imagine Texas as being a place where the nude is all right as subject matter.

DUSTY PENDLETON:  Texas, or ‘Takes-us’ as I call it, is still a mish mash of uptight and liberal but I did find that Austin was a great venue and nudes aren’t an issue there. However, the galleries suffered in this recession and all that carried my work are now defunct. The landscape here is beautiful but rapidly vanishing due to the booming population so what I’m doing is essentially fiction---painting what I remember it to have been. It’s also a place where the sun is merciless so the landscapes are best seen in the crepuscular light of twilight or early morning.  Everything that I do is accomplished in the studio and is of things remembered. This studio is also a reason to be here. The space is twice the size of any apartment that we ever had in Paris or
anywhere else in Europe or Mexico and far and away less expensive. It may be that affordable space combined with on line communication will make artists aware that living and working NYC isn’t all that necessary and there are thousands of us out here in the hinterlands who are doing just fine. 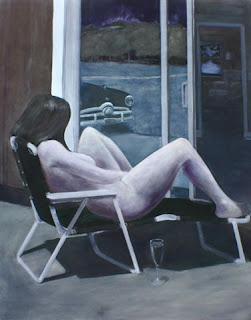 KIRPAL GORDON:  How can interested viewers see your work?

DUSTY PENDLETON: If what they’ve seen on this blog piques an interest, they can go to http://www.pendletonart.com/ to see more works and my contact information.  We’ll work from there to see what can be arranged.

Posted by Kirpal Gordon at 8:53 AM