Living in a World without Borders: An Interview with author MICHAEL HOGAN 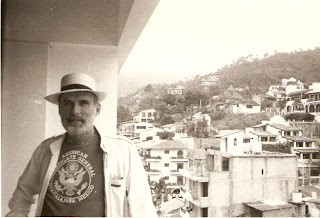 KIRPAL GORDON:  For Giant Steps Press readers new to your work, let me take it back to 1978 in . You had just hit a monster home run with “A Lion at a Cocktail Party” and were the talk of the lit circles, most especially because you had your own voice and weren’t an imitation of any style-du-jour. Brother, you gave all of us struggling writers out there hope!

MICHAEL HOGAN: Thanks, Kirpal. Yes, that book did very well. A lot of the material was originally published by George Hitchcock in his magazine, “kayak.” It was a magazine that favored the unusual, the unique and surreal. The press that originally published my book went out of business, though, and it languished in limbo until Kindle came along. I continued to publish in small lit mags over the years and in chapbooks but since after moving to I was not active in the poetry scene. At least not like I was in the glory days of the Seventies. Then I did readings with Allen Ginsberg, William Stafford, Charles Bukowski, Richard Shelton, Sam Hamill and many others as you know. 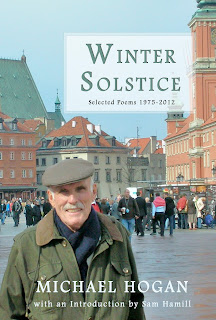 KIRPAL GORDON: I see that Sam Hamill has written the introduction to your “Winter Solstice: Collected Poems, 1975-2012.”  How long has this been out and how has it been received?

MICHAEL HOGAN: The book is not out yet. We expect to see in print sometime in early 2012. Sam is still writing the introduction. His wife passed away recently and he has understandably been stalled. I first met Sam many years ago in when we both read together at A Clean Well Lighted Place. After he started Poets Against the War I connected up with him again and contributed to that project. I admire him a great deal as a poet, translator and an anti-war activist and I am honored that he has agreed to write the introduction to my life’s work of poetry.

MICHAEL HOGAN: That was the editor’s decision. Jim Hepworth of Confluence Press in . I wrote over 2,000 poems and many of them (he felt) were best left on the editorial floor, so to speak. However it is what I would call a “highly selective Collected Poems”…. about 300 poems.

KIRPAL GORDON: How did you find your way from poetry into writing non-fiction and fiction?

MICHAEL HOGAN: Well, I always wrote short stories and articles. However, I had not begun any large projects in this area until the 90s. I started to write a novel about the Irish in the Mexican War because I had an ancestor who fought in it. After I had written a couple of chapters, I realized how little I knew about that period of history. So, when I had an opportunity to teach in , I went ahead and studied advanced Spanish at the , and then went for the doctorate in history while doing research extensive on the period of the Mexican-American War. My book, “The Irish Soldiers of Mexico” received the gold medal of the National Geographic Society in and went through five editions in English and four in Spanish. The novel “Molly Malone and the San Patricios” followed from that.

KIRPAL GORDON: So that explains your Ph.D. in Latin American studies. How about your role in education? And your consultancies with the State Department?

MICHAEL HOGAN: Well, I went to on a two-year contract to teach at a private school there. I was invited because in I did work in the Mission District (which is mostly Latino) with at-risk kids and was quite successful. I established a literary magazine for three schools and also introduced some advanced courses. So in I founded “Sin Fronteras” which is the longest running and most talked-out bilingual student magazine in the . It also has received 20 consecutive awards from the National Council of Teachers of English.  I also started the Advanced Placement Program in . For my work there I received a citation from the Office of Overseas Schools. This sounds an awful lot like bragging but I don’t mean it to be. I felt like I was on a mission in those days and that education was the answer. I also had a lot of help as you can imagine. In my own life I had some pretty heavy setbacks and I knew that education was a way out for many kids who might otherwise end up in dead end jobs or worse.

KIRPAL GORDON: So that led to your consultancies?

MICHAEL HOGAN: Yes, the State Department asked me to go to other countries in and work with the schools there to help improve their academic offerings. These are essentially American schools abroad which children of ambassadors attend as well as the children of local leaders of government and business. So academic rigor is important. 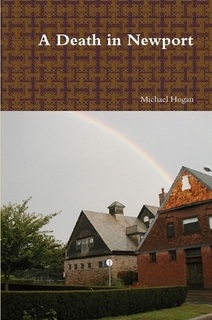 KIRPAL GORDON: In your latest book, “A Death in Newport,” which I just finished, you manage to deliver a multiple murder mystery in your old Rhode Island hometown with a plot that revolves around multi-national corporations, Latin America, deforestation, peonage, greed and propaganda to deliver a climax that changes the lives of the tale’s main characters while rendering to readers an intensely sober appreciation of the actual global mess we’re in deep denial over. Talk about compelling reading---that’s quite a gauntlet you’ve thrown down.

MICHAEL HOGAN: Well, a lot of things came together at the same time to help me with that book. I had written a non-fiction work, “Savage Capitalism and the Myth of Democracy,” two years ago. That led to several discussions with Noam Chomsky who wrote a blurb for the book. We were both deeply concerned with what was going on globally and shared many of the same values. Also, I had gone to as a consultant and saw what was happening there and was invited to a globalization conference at . Finally, I had an opportunity to spend three consecutive summer writing at the beautiful campus of in , which is the setting and also as you say, my old hometown which I had not spent any time in for over forty years. 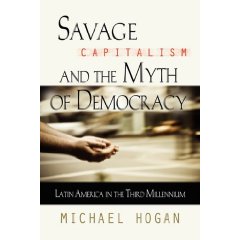 KIRPAL GORDON: What’s next and how do Giant Steps readers stay in better touch with you and your projects?

MICHAEL HOGAN: My next project is a more light-hearted book called “Growing Up Catholic.” I think it will amuse my readers. I am also continuing to write articles on globalization, the Church, gangs in , the failure of global economic systems, and the future education. Many of my articles appear on line in Alterinfos and Z Net. All of my books and some articles can be accessed on my home page www.drmichaelhogan.com. There is also audio so you can hear some of my most anthologized poems. I also have a Facebook page for the “Irish Soldiers of Mexico” where one can hear Irish music, visit Mexican museums, study the history of the Mexican War and the Irish participation. It is www.facebook.com/IrishMex. 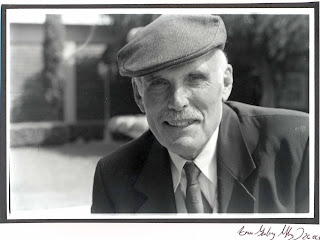 Posted by Kirpal Gordon at 6:43 AM