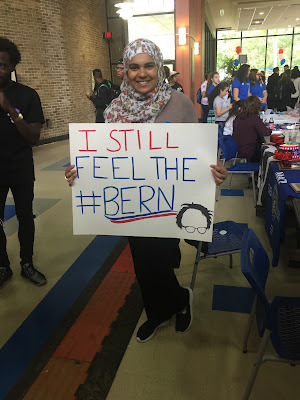 Self /self/: In psychology, self is defined as the set of attributes, abilities, attitudes and values an individual believes defines who he or she is. We believe we are beautiful, smart, loved, hated, short, tall, poor or rich. For some, it takes until adolescence to define oneself, and for others, it takes us a lifetime to define ourselves. Unfortunately, we define ourselves based on the approval of others. But who are the "others," the judges, the expectants? This "other" is not a person, or a group of people, yet is the invisible audience we believe are standing in front of us; we are victims of our own conscience. We work for this audience, we earn for this audience and often, we do what we hate to do in order to reach the infinite expectations of this audience. However, we should not fall victim to these expectations and the expectorants, who hide us from our true self. I have been a victim to this audience for far too long; even today, I dress, I act and talk the way others want me to talk, the way I believe I will be able to fit into society. Even if I stand out in a sea of blonde hair and blue eyes, I work to act like one of them despite the fact that I am a brown-eyed, hijab-wearing Pakistani. In the words of Malik El-Shabbazz, “We’re all in the same boat and we are all going to catch the same hell from the same man. He just happens to be a white man” (X, 1964).


Let me identify myself: I am Rosheen Awais, an 18-year-old daughter, sister, and student. I am a Muslim from Lahore, Pakistan, but born in Woodside, Queens, New York. I am smart (smart enough to get into Hofstra University), I care about the people around me, and personally, I believe I can care too much, but if anyone takes advantage of my affection, they’re nothing to me. I just identified myself in the “worldly” or “material” sense; how I perceive myself as a person, who I am, what I do, even my interpersonal characteristics are part of “me.” The real me is who I am as a whole. I am a follower of Allah, a believer of the six articles of faith and a follower of the five pillars. I believe in the immortal, the King of kings; I believe that the Prophet Muhammad (PBUH) was the last prophet, and I believe in the final revelation. Nevertheless, Islam is not about believing; it is not a religion. Rather, it is a set of principles for life: I pray five times a day and I fast for one month each year, devoting this month to God and remembering the less fortunate. The same Sharia law that some Americans fear is taking over the original law of the land is not a law; it is a lifestyle. In the Qur’an, Surah 5 Verse 32: “If you save one man’s life, it is as if you have saved the lives of all mankind.” How could a religion that preaches love and sympathy for every human being, regardless of what they believe and who they pray to, have such mercy on a non-believer? I could be just like many other young adults who “did the physical part of their religion, but never let their heart out.” I could, like millions of others, still be standing in a dark tunnel, waiting for a ray of hope; but no: I have found my ray of hope in my religion, in the perfected religion, even though I admit every day that I am in fact far from perfect. Islam is not a material characteristic; it shapes one’s life, how one should act, and remember that no matter what: God is “Al Basir and Al Sami” (All Seeing and All Listening). If us humans cannot identify our whole self, remember: even God needed to use 99 names to convey his identity.


Earlier I had said that I was an American, but now I will say I am an American by name. Malik El- Shabbazz states that: “Being born in America doesn’t make you an American, you wouldn’t need any legislation, you wouldn’t need any amendments to the constitution…”, and he is absolutely correct. Most of the people who call themselves “Americans” have ancestors as early as grandparents who moved from Europe or Asia to America (X, 1964). America is stereotypically seen as the Christian, melatonin-deprived, deer-hunting Republican population who managed to get a man addicted to spray tan into office. In reality, America includes the little ripped pieces of cloth left on the floor, in a reservation, living poor lives or managing casinos on the U.S-Canadian border. Even though the Indigenous live in their homeland, America is nothing like home to them. Taken over by strange outsiders and their diseases, the real America is falling through. My point is: who am I to say I am an American because I have a blue and gold passport, or I speak English with a New York accent? I am simply a guest who is long due to return home. Referring to the quote by Mr. X, if this had been our home, we would not fear hate crimes and seek deportation; we would pass legislation just so that a hijabi can work at an Abercrombie and Fitch. Who I am is who my ancestry is: Pakistani, from a family as early as my grandmother, who came from Amritsar to Lahore at the tender age of 6 months came to create a new identity that was nothing much more different than their Indian roots but moved to Pakistan to enjoy the freedom of an Islamic Republic. Now one may argue that my grandparents, who came from another country are not technically Pakistanis. Well, I must refute: Pakistan was created by Quaid E Azam Muhammad Ali Jinnah to give Muslims in India a new land to identify with, a land with legislature following Sharia law, where a country can be run the Islamic way. My grandparents and great grandparents belonged because the law, the legislature, and the country was founded for them. I am a Pakistani because I know that if I am ever forced to leave a country that is not mine, Pakistan is the only land that will ever embrace me like my own mother. I just returned from Pakistan after eight years of constant yearning. Like an addict, I begged to go back one more time, with each passing year, thinking about what I would sacrifice to jet set back to Lahore for one week. Even after living in America for 18 years, my country and my culture run through my veins. I have lived amongst people completely opposite of me for my whole life, yet I still am shocked at some of the habits and lifestyle of the people who live in America. Instead of blood, ganne ka ras (sugarcane juice) runs through my body, and the burning smell of sittay (wheat chaffs) floods my nose with each memory.


My material self---where I was born, my ancestry, my religion---extends to my whole self, who I am from the inside, my past, my upbringing and where I really am from. I described two attributes that define myself as a whole, my religion and my ancestry. Personally, I feel more comfortable around people who are like me, who dress like me, eat like me, and have a lifestyle similar to mine. Although I come from a third world country and I am living in America, something inside always attracts me back to Lahore and Pakistan, and attract me to people who are from Lahore and Pakistan. I have lived in America my whole life, but what I know is that I will always feel like an outsider, no matter how well I speak the language, dress myself and how educated I become. There will always be someone to say, "Go back to your own country," so go ahead and buy me a ticket back and I will gladly pack my bags! In regards to Islam, being a Muslim is comforting to me; I know that in every high and low there is a greater Being who I can resort to, even if every human on earth is against me. Although I have never seen God, I have a blind trust, a trust that has been reinforced by the miracles in my life. Some may refute that miracles are only coincidences, but I must refute that these so called coincidences which are often out of my reach happen so perfectly. I am comfortable in my hijab, and I am comfortable on my knees on a prayer rug.

Posted by Taking Giant Steps Press at 5:59 AM