Career Development for Undergraduates: A Genius-Bar Idea by Hannah Goodman 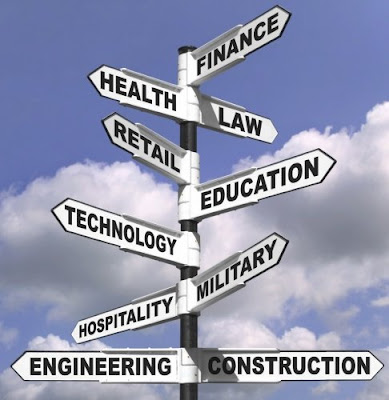 To many, the sole purpose of coming to college is to get an education with the intent of applying those skills in the real world. For some, entering post-secondary education is an opportunity to explore many different opportunities and fields that they may pursue in the future, while others, like myself, begin college knowing exactly what they plan to achieve. An issue that often presents itself is the lack of real-world experience and internship opportunities for certain fields of study. After talking to many professors and trusted adults, I declared myself as a double major in Criminology and Psychology with the hopes of being provided the best pathway toward a career with the FBI. Even so, Hofstra does not offer any internships with the Bureau, let alone anything similar in nature. It is not just an issue that is present at Hofstra, but at universities all over.

While there are many goals to accomplish in college, some are much more beneficial than others. In the short time that I have been at Hofstra, I have noticed a significant lack of internship opportunities to gain real world experience. Although the Lawrence Herbert School of Communications, along with those students on the pre-med track, are given abundant options to gain hands-on experience as part of their college experience, it seems to me that they are among the only ones. It is of utmost importance that students are fully exposed to the realities of the career that they have dedicated their time and money to for the next four years. Without the chance to go into the field and learn first-hand how life will be following the pursuit of their major, students will be more vulnerable to the harsh truths of the world once it is far too late to shift gears in a timely and effective manner. As a result of unrealistic assumptions, students frequently become entrapped in a field that they no longer wish to pursue post-graduation. After going through the entire college experience, it is not likely that these students would have the motivation---or financial ability---to start from scratch in a new field of study.


Another issue that may arise for students wishing to pursue a field with few directly related educational opportunities is information presented in an ineffective way. As explained by Paulo Freire in “The Banking Concept of Education,” “It turns them [the students] into ‘containers,’ into ‘receptacles’ to be ‘filled’ by the teachers” (Freire, Par. 4). This statement directly correlates with the main ideas elaborated on throughout the entire piece, expressing the detrimental effects of many current teaching methods. Freire explains that many instructors simply deposit information in the students, shoving it down their throats and expecting regurgitation come test time.  By doing so, it has been found that the content is not actually learned, for when the student “vomits” the materials up on test day, the knowledge leaves the student as well. The classroom, in many scenarios, has become a monarchy in which the instructor’s knowledge overpowers the thoughts of everyone else, regardless of their quality. Instead of being talked at, it has been shown to be much more effective to be talked to in such a way that true conversation occurs.  Freire cites the importance of inventing and reinventing one’s beliefs, along with expressing one’s freedom, which I believe to be strongly contradictory with the banking concept of education. Without the freedom to express one’s own views and to have true dialogue, the margin for self-improvement and growth shrinks significantly.

In Roksa and Arum’s “Life After College,” they report that in 2010, college graduates faced an unemployment rate of 9.1 percent, the highest rate on record, and just one of the many challenges faced by young people.  When evaluating the 925 graduates who were a part of their study of how effectively college graduates transition into adult life, they found that academic engagement and growth during college was a significant factor in the future success of the young graduates. In addition to studying students’ academic engagement, the researchers used the Collegiate Learning Assessment (CLA), which evaluates complex reasoning, critical thinking, and writing skills. Ultimately, the study revealed that those students who exhibited substantial levels of intellectual commitment, active participation, and progression throughout their time in college were those who adjusted into the real world in a much steadier fashion (Roksa and Arum, Par. 11).


These results further support the idea that the education system most commonly used is not necessarily the best option. Due to the organization of class materials and how they are taught, it has become significantly harder to comprehend the information being fed to the pupils.  Although it may seem effective at a first glance, it is a shorthand effect that is masked by incorrectly portrayed test scores. While this has become a much more significant problem in schools all over, there are many approaches to fix this overlooked dilemma that the current, and future, generations of students are burdened by. To help prevent this group of aspiring young adults from wasting precious resources, colleges and universities could provide greater opportunities to ensure that the students’ presumed interest and dedication to a field aligns with the reality of that field. With such opportunities, students would be able to change course well before it is too late to begin the entire process again. There is a simple solution that could be presented for students interested in gaining first-hand knowledge, regardless of their field of study. I think of it as a “genius bar” of mentors: a central, online portal where all interested students can go to browse, make connections with alumni and other professionals in related fields, and expand horizons in order to gain experience and greater understanding in a hands-on fashion.


Yes, while there are already internship programs here at Hofstra, they are not all equal. For example, the communications and pre-med programs are known to provide an abundance of real-world opportunities for students who display interest. I spoke with a sophomore, Harvin Singh, who has some personal insight on the pre-med side of Hofstra’s internship opportunities. After graduating high school at the age of 17 in his home of India, Harvin attended the University of Oxford in the United Kingdom, followed by two semesters at Fordham University, before finding himself here at Hofstra. Harvin, who has already achieved so much at the ripe age of 21, told me that he believes Hofstra offers loads of opportunities for students on a pre-med track.  “They have really good placement events every two months” (Singh). During his sophomore year after transferring to Hofstra, Harvin was offered two separate internships with Northwell Health System, both of which he now regrets turning down.  On the other end of the spectrum, there are students at Hofstra, myself included, who have been desperately looking for internships and other opportunities to gain field experience that seemingly do not exist for our fields of interest.

If my proposal was brought to fruition, it would not rely on school administration to deal with students seeking these outside internships; instead, the mentors who would be choosing to take interns under their wing. With this genius bar of mentors and professionals in the New York City region and beyond (think alumni in far-flung areas) who are willing to further expand the knowledge and experience of dedicated young individuals, many doors would be opened to an endless array of options.  In the genius bar, one would be able to search the database by using tags related to the field of pursuit.

So, for instance, if I were utilizing the genius bar to find a mentor, and my goal was to become an FBI Special Agent, I would look for tags of FBI, Law, Law Enforcement, Criminal Justice, Cyber Security, National Security, and Fraud, among others.  This way, it would be easy to sort through different people and options without being overwhelmed by useless information.  Mentors would not necessarily need to be in close proximity to the school due to the ability to communicate via video chats and social networking sites.  A mentor and student could be in contact with one another throughout the course of the school year and then work together in the field of choice over the summer. With such a program, students could explore the actuality of the job they plan to pursue, while still having the option of changing their minds before they no longer have any reasonable choices left. Students would no longer have to concern themselves that their expectations may actually be misconceptions if they have the ability to find out the answers on their own.  Additionally, the university could set up regular opportunities for students and professors or alumni to connect outside of the classroom through round table discussions and auditing of classes.


It is so important for students to learn in a positive environment where they feel comfortable expressing their opinions and are able to gain solid insight into their future if they take a particular path. Through real interactions and experiential learning, rather than simply hearing lectures from the front of a hall, students’ capacity to absorb material increases greatly, widening their margin for future success. There is also much value in making and sustaining outside connections, for they can be used down the road when looking for guidance, references, and employment. Another aspect of the genius bar would be exposure to listings of other opportunities that may not seem directly correlated with one’s interests, but could have a positive effect. For example, the genius bar could also offer connections with non-profit organizations, volunteer opportunities, groups that work with underserved children and families, and other indirect ways to gain exposure to the field of interest.


With greater opportunities for hands-on learning, students will be able to experience real-world situations in order to decide whether that field is or is not for them. By doing so while still in college, changing one’s mind does not necessarily have to put a damper on the student's education. The mentoring genius bar and lists of organizations that correspond with certain areas of study will be a great way to expose students to opportunities they may not have thought of, or have been able to attain otherwise. Hopefully, with the creation of this database, the issue of graduating college and transitioning into the real world only to discover your dislike toward your field will significantly decrease, creating a more effective education system for all those who are interested. 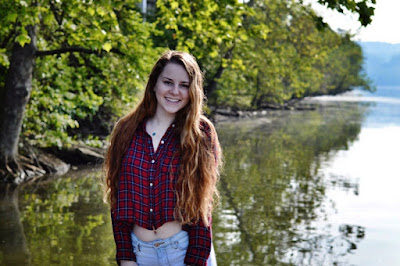 
Freire, Paulo. “The Banking Concept of Education” Chapter 2 of Pedagogy of the Oppressed.

Posted by Taking Giant Steps Press at 7:04 AM