Internal Jihad: My Identity as a Muslim American by Arbaaz Khan 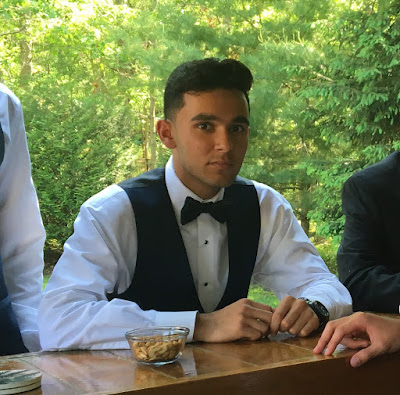 "Many American Muslims are peaceful and define jihad primarily as an internal struggle to improve."---Marvin Olasky


As the first semester of my college career comes to an end, my secondary education seems so long ago. I would be lying if I said I did not miss high school---I miss it every day. However, Hofstra University has changed me, my thought process, as well as my priorities. It has opened my eyes on what is the reality that we are living, as well as how much the reality sucks. Ultimately, I am beginning to discover my purpose here at college through the maturation of my mind and realizing how precious each second really is during my time.


Unlike many public high schools in the country, mine was run by predominantly white individuals. Eastport South Manor is 93% white and is also ranked 9,365th of 9,538 in the country for public high schools in diversity (Eastport). Yes, I was at a disadvantage from the start. Being a brown kid entering such an uncultured environment made me have to adjust my beliefs according to the beliefs of the kids there. I soon began losing my way. Although the proper path that my parents raised me to follow was hiding the fact that I am Muslim, it seemed like the right thing to do. 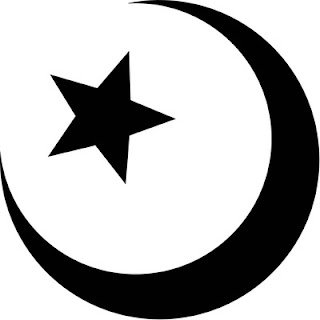 Having parents who immigrated from Pakistan to this country is an adjustment that I have still not comprehended to this day. Diving into the American culture was difficult for them as well as for me. Due to not attending school in the United States, my parents never understood what occurs in the classroom as well as the community. As their first child, my parents kept me isolated through the elementary school years of my life as they did not know what to expect. When I started high school, my ceiling was lifted slightly as I started to gain more control in becoming involved with the community and known by others. I took part in sports and joined clubs such as track and field, which is where I found my place. Becoming more social and outgoing seemed great to me at first as I began to enjoy what I was doing, and more importantly, enjoyed going to school. However, there was a dark side. Being the minority at such a large public high school made me encounter many racist remarks due to my origin. This oppression is something that I dealt with throughout my high school years, which aided in masking my true self. Although this oppression was my down point, the extracurricular activities helped me portray my fake self which in turn helped me fit in. Ultimately, what I was doing was just running away from who I really am. Being involved with after-school activities took time away from being at home, specifically praying, as my parents were very religious and raised me to be likewise.


Along with this obstacle of shading myself from the reality of who I really am, I began ignoring the requirements of my religion of Islam. The term “whitewashed” can come into play as the white culture that I was being exposed to was threatening my traditional values. The Quran states, “So let not this present life deceive you” (Surah Fatir, verse 5); this correlates with the inner war I began to have with reality. I was taking everything for granted and not thanking God for what I have been spoon-fed that others struggle to acquire. I was taught that the present life is a test given to us from God and the afterlife is the reward. However, from the start of high school I left this notion until senior year came along.


The university application process made me realize the reality that I was not going to be in high school forever.  The college journey on which I was about to embark would compel a change in the values that I learned in high school. I knew that I had to break my silence, as Gloria Anzaldua states, “I will overcome the tradition of silence” (Anzaldua, 40).  As I was silent about my religion for most of my high school career, the thought of embracing my culture left me fearful of what the outcome would be.  Gloria Anzaldua explains, “Yet the struggle of identities continues, the struggle of borders is our reality still. One day the inner struggle will cease and a true integration take place” (Anzaldua, 44).  The borders of my predominantly white high school suffocated me with their norms, leaving me helplessly trying to pick up the shattered pieces of my true self.


Thinking in the context of Plato’s “Allegory of the Cave,” my acceptance to Hofstra University was my time to move away from my deprived self of culture due to my experiences from high school. Escaping from the cave of my high school, my uncultured self was also left behind so I could start on the right foot and follow the guidelines that my parents raised me to shadow. As stated in the Quran, “And he found you lost and guided you” (Adh-Dhuha 93:7).  My religion came to me in my struggle of finding myself and put me back on the path that I left. As my high school years seem so long ago now, the internal struggle that I faced helped me grow and prepare for what Hofstra has in store for me.  Malcolm X states, “Islam is my religion, but I believe my religion is my personal business.  It governs my personal life, my personal morals” (X, par. 3). This holds true in my family and in the religion of Islam as it is a pure religion and not the extremist destruction that is portrayed on the American media to viewers.


The media conveys negative connotations towards the religion which in turn brainwashes individuals to believe that Islam is a religion of evil when, in fact, it is the complete opposite. In high school, I remember that when I heard a news headline involving terrorism, I would become frightened to go to school and embarrassed to show my face as I believed that an act by a terrorist represented the whole Muslim community. My classmates were raised to correlate the epidemic of terrorism with Islam which was unfair to individuals, such as myself, to be comfortable with expressing what presents the real purpose of Islam. According to the Quran, “Do what is beautiful. Allah loves those who do what is Beautiful” (2:195). Instead of listening to rants on TV or reading false headlines, one should look to the primary source of what defines Islam, namely the Quran.


My evolution in understanding the true meaning of my religion widened at Hofstra, as I have met individuals who faced similar situations as me in their high school as well as share the same Islamic background. As humans, we are all the same; our background or ethnicity should not excite tension between groups. This common ground is articulated by Walt Whitman, “My tongue, every atom of my blood, form’d from this soil, this air, /Born here of parents born here from parents the same, and their parents the same” (Whitman, par. 1). Through the readings of renown writers, instead of fearing religious oppression, I have become more proud of being a Muslim and have taken the next major step in conquering my internal jihad.

Posted by Taking Giant Steps Press at 5:31 AM