Just Another Loose Brick in the Wall by Kelsey Picciano 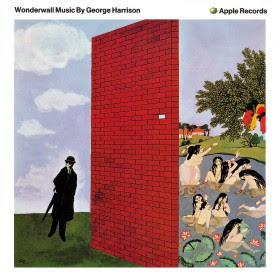 Homeostasis, the tendency of a system or a person to maintain internal stability and resist change, can get easily upset, especially in the change from high school to college. I definitely felt my homeostasis slip away on , as I entered my first semester's composition class. The wildly gray-haired instructor with the observant blue eyes asked us to think of him as a coach or midwife and to call him KP, just like his writing clients do in the real world. He said looking at the backs of one another’s heads put us at a disadvantage, another example of how the education industry was “running game” on us, and invited us to arrange our desks into a circle so that we could see one another better. We wrote our names on tags we hung from our seats, looked around and introduced ourselves. After we read the syllabus aloud, he asked us to take ownership of the course, journal on our experience (75 pages!), get to know each other, author our own author-ity, discover our identities as writers and not mind a little homeostatic upset.

He may not have realized that his interrogation of everything had already threatened our homeostasis. As class ended, some shook their heads, rolled their eyes or huffed their discontent. Was he too unpredictable for the grade-centric, too participatory for the shy, too poetic for the more rectilinear among us? Although some called him a hopeless nut case, insane weirdo or serious whack job, I felt intrigued by his strange antics, irreverent disposition and passionate bursts of ideas. He wasn’t merely critiquing our conventional expectations; he was celebrating an alternative that would prove life-changing for me. So, over the next few weeks, I gathered the evidence, but his medicine proved useful only after I took to heart his diagnosis of our millennial generation’s illness—we’re in peer competition; we fear being judged; we have weak attention spans co-opted by smart phones (“magic power devices” in KP-speak), computer screens, texts, TV—so we are reactive, not proactive (Gordon, interview).

Regarding our inability to listen for long, he called the prompts we’d been given for writing assignments in high school can’t-fail, paint-by-number exercises that eliminated thoughtful responses in favor of predictable mediocrity. He delivered to us what service providers at Hofstra had delivered to him: We, having had no experience out of our homeostasis, could not make use of the university’s resources that we had already paid for (Gordon, class discussion). Hence, our first prompts, though activity-driven—a) convince the class that one’s peer interviewee is an asset to us; b) experience a service at Hofstra, interview the service provider and convince us to participate in the service—came with no written instructions. As one of our best writers put it, “At first I was frustrated with a lack of direction because growing up all we had was a sheet of paper with an assignment and we stuck to that, but with KP I discovered that there is more room to express ourselves freely without fear of being greatly penalized in our work. Not only does it allow for creative freedom, but it removes the stress from writing essays” (Solis). Ironically, his encouragement of our transcending convention rather than enforcing it granted greater capacity to express, as well as to entertain, new ideas.

He talked ideas often and he increased my attention span with his animated commentaries: a combination of playful asides and cliff-hanging transitions, puns and double entendres, song lyrics and poem quotes, jazz and jailhouse slang, exclamations in other tongues. His rapid-fire delivery burst our little high school bubbles, but I sensed another motive more sinister than shock and awe. His trust-your-gut-&-let-go-into-the-flow convo style invited us to treat language as a tool for discovery rather than a restricting set of rules that kept us in our places. He also caused me to reconsider strategies for conveying a thesis as well as new ways to interpret data. As Sydney put it, “When he first starts talking, there is that doomed moment of total uncertainty about where he is going, but after slowly internalizing his diverse ramblings into a coherent whole, it turns out that his ideas can be applied with great benefit to most aspects of our college intellectual life” (Chesworth).


Like he predicted, we did need one another—as study buddies, as readers of our journals, as peer reviewers and as writers capable of taking feedback—to repudiate the banking concept of education (Freire, 1) with a problem-posing method that engages us as peers. My heart opened while reading a blog post from his former student fresh from the Ivy League and a life-threatening coma who described KP “as being the weirdest person in the room in order to ensure that no one feels alienated by their fellow classmates” (Weiss, par. 3). His asking us to take him as he is meant that he wanted us to be ourselves and “quit frontin’.” Because of (or in spite of) his behavior, we learned to speak our minds and share notions that we may have otherwise rejected as below standard or out of orbit.


In essence, his wide-angle, learn-by-doing method suggests that we create room for all the possibilities, including the non-rational, intuitional and oddball notion. This involves an attitude adjustment about making mistakes or getting judged and leads to a more dynamic exchange of ideas. We students are allies to each other rather than aliens and one another’s greatest resource; the success of our peers is not a threat to our achievement within the class. Intellectual growth of those around us only encourages and evokes development within our expanding minds. Learning of the upmost importance occurs within our one-on-one experience, and it is the heart-to-heart, eye-to-eye conversations with our equals that provide us with life lessons that will extend further beyond our schooling years. Developing close interpersonal relationships facilitates the improvement of our skills as writers and thinkers. As a service to one another, KP asks us to critique the work our peers have presented and to offer praise when praise is due as well as offer solutions to what is problematically expressed. Not only must one be honest and tactful but also be willing to change one’s mind without fear of failure, which is particularly relevant because, preceding our university experience, we were tricked into becoming slightly different versions of the ideal student in order to get accepted by our dream college. We lost our individuality without any recognition of it even happening. Now that we have become acutely aware of this loss, we must regain the original and unafraid voices that we rightfully possess.


Nothing has stimulated this unlearning/re-learning process for me like discussions following reading assignments. From the parable of the Chinese farmer to the Gestalt vase/facial profile image, from Chuang Tzu’s butterfly dream to Lawrence Kohlberg’s levels of moral development, from Plato’s “Allegory of the Cave” to Alan Watts’ The Book: On the Taboo Against Knowing Who You Are, from Walt Whitman’s “Song of Myself” to John Smitanka’s “A Reflection on the Purpose of Higher Education,” from Gloria Anzaldua’s “How to Tame a Wild Tongue” to Susan Faludi’s Backlash, from Malcolm X’s “The Ballot ot the Bullet” to Martin Luther King, Jr.’s “Letter from Birmingham Jail” and Thomas Frank’s eye to contemporary university life alongside Roksa and Arum’s “Life after College,” I better sense reality’s multi-dimensional threshold. Talks about Taoism, Buddhism and other meditation-driven philosophies have inspired me to research ideas that had previously seemed bizarre, but I can now confidently say I identify with.

Having grown up in a strict, conservative household where I was constantly spoon-fed beliefs that I had to follow, I wouldn’t have even thought to reach beyond the Roman Catholic, predetermined, obedience-driven mold bestowed upon me. When I thought of school or church, it was the image of a machine filing in students and turning them out as plastic, uniformly faced learners from the music video by Pink Floyd, accompanied by the words: “We don’t need no thought control … all and all, you’re just another brick in the wall” (Pink Floyd). Now, for the first time in my educational career, my point of view is not limited by my mother’s fear-based, overbearing restrictions. I have expanded my ways of thinking and have been met with enthusiasm by my classmates. Having intellectually grown as an individual due to this inimitable character, I now understand what was meant by the comment: “With KP, you will do more than just learn” (Anonymous). 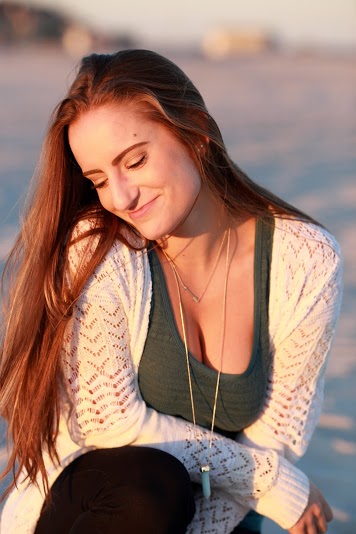 Posted by Taking Giant Steps Press at 4:23 AM