For all fans of the Beatles: "Say the Word, Love" by Kirpal Gordon 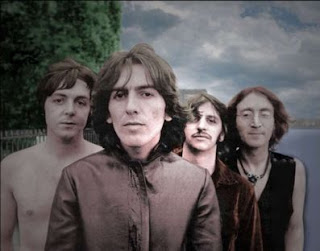 Beatle lyrics often flooded Michelle, especially when under pressure, like now watching Walt do nothing while the living room curtain combusted into flame, “I’m gonna let you down and leave you flat, because I told you before, oh you can’t do that.”


Walt Rusk had just lost the letters t and k in his name earlier that evening of December Eighth, 2012, at the thirty-second anniversary of The Death of John Lennon in Central Park’s Strawberry Fields across from the Dakota, only to return home and discover he’d accidentally left a candle burning on the Beatle shrine under the big window that overlooked the Hudson in their Riverdale condo. Its running wax was now setting the second curtain on fire. He could not move, nor could he speak, but he willed these words out from his brain, “Help, I need somebody, help, not just anybody, help, you know I need someone, help.”


Michelle’s muscles felt trapped in slow motion. It was ironic in the face of fire to feel so underwater and just like living with Walt. Only ten minutes before, when he could still move about easily, she’d teased him about how the change he was famous for had finally returned thirty years later. Walking home from the subway he was so impressed that the power had come back that she kept taunting him by singing the only line John wrote that he didn’t like, “I don’t believe in Beatles.”


Walt was getting warmer and he couldn’t do anything about it but admire the patterns the flames were making on the curtains which reminded him of the mirrored floor they had rocked out on earlier. A hundred or so Beatle fans in the annual John Lennon vigil carried their candles down to Slagger’s for the post-memorial bash, and while slow dancing with Michelle to “Across the Universe” amidst that candle glow, he stepped into the refrain, “Jai guru deva, Om,” with a new level of perception because the mirrors from the floor and the mirrors from the ceiling expanded the room in a multiplying reflection as their candle merged with the other candles and for a moment he was no longer himself but everyone in the world and then he was no longer who he had been. He knew this was the pre-condition that turned him into another species, and sure enough, the change came full on while the cover band next played, “I Am the Walrus.”


Michelle watched a third curtain burst into fire. She had to pull him out of there. She knew from experience that his immobility was a by-product of the change. They’d been together since grade school in Riverdale, a most bucolic neighborhood, trading Beatle albums, buttons, magazines and memorabilia, singing and playing and talking about their tunes. They finished each other’s sentences by quoting Beatle lyrics. Beatlemania for them had been religion, a way of life, and she’d been the one to find him that historic afternoon when he first turned into a walrus after having played the line, “I am the egg man, I am the walrus, coo-coo-ka-choo,” over two million times on a tape loop. They made the front page of every newspaper because earlier that week John had suggested the Beatles were bigger than Jesus and fans now deemed the change from Walt Rusk to Walrus as the band’s first living miracle. Overnight Walt and Michelle quit high school, and became, on sheer love of the music, honorary Fifth Beatles. At the height of their power, all she had to do was sing anything from Revolver, Rubber Soul or Magical Mystery Tour and his transformation into Walrus would begin. Unlike Charles Manson, who blamed his crimes on “Helter Skelter,” clean-cut Walt and Michelle Rusk, on countless talk shows the world over, sang, “All you need is love, love is all you need.”


Flames fell from the curtains onto the sofa as well as the opened books and magazines piled high on the coffee table that told their story---the profiles, features, interviews, evaluations, research reports, medical findings; the theological conferences that saw in Walrus the power the Church promised, to transform the body of the initiate; the scholars who read his metamorphosis-by-music as an event right out of antiquity, citing Homer, and noted that the McCartney-Lennon lyric used a similar form to Ovid’s Latin rendering; the psychologists who spoke of a transpersonal musical possession state. But despite all these explanations, the mystery remained. When asked, he only sang before the change came, “Turn off your mind, relax and float downstream, it is not dying.”


Michelle saw the flames leap higher and thought back on their leaner years. After the footage of his transformation had gone worldwide, after the adventures, the free concert, the Apple parties, the scene and then the final album, Abbey Road, the world grew weary of puzzling out Beatle lyrics or playing their songs backwards and interest in the Rusks receded. While he became an old leftover, a freak of nature no one wanted, they hit rock bottom financially, so she wrote a tell-all memoir, The Walrus Wasn’t Paul But My Husband, which became a best seller. She took her turn on the interview circuit gracefully, but she grew tired of making jokes about how often he needed to be fed and bathed. She saw the Beatles as musicians who could play the primitive rhythms and bring the maenad out of any nice girl whereas Walt Rusk merely turned into a helpless walrus on cue. Like the hunger artist who outlasts the fad that births him, the only good thing about his condition was something she didn’t want to reveal. So she understood that the artifacts of the past they’d hung onto that were now burning brightly before them was something they could finally allow, “And when the broken hearted people living in the world agree, there will be an answer, let it be.”


As Walt felt the fire scorch his face, the new sprinkler system that the condo board installed last month blasted out cool, refreshing water that soaked him and Michelle through and through as well as the curtains, sofa and pile of smoldering books. He still couldn’t move, speak or raise his hand, but his silent mind now flooded into song: “I can show you that when it rains, it shines, it’s just a state of mind, can you hear me?”


Michelle couldn’t hear him, but she was drenched to the bone and happy. She stripped off her wet clothes and then his, then looked his naked self over. He wasn’t bad for his age, but Walt was nothing next to Walrus, who was built to run a harem and knew how to deliver the goods to every lady under his care. So she said, “I know it’s been awhile for you, but now that you can change species again I feel my old needs are returning, too, so say the word, love!”


What a bawdy and wild woman, Walt thought, as the facial hairs around his nose and mouth began to grow and his two canine teeth lengthened into tusks. She had been pure devotion in Beatlemania from Day One, and he never went in to Walrus state without her singing him into the change. Now she sang the lyrics that back in the day had never failed to deliver, “Say the word and you’ll be free, say the word and be like me. Say the word I’m thinking of, have you heard the word is love?”


Michelle sighed as his legs and arms turned into fins and his coloring darkened to a cinnamon brown. What had she done to deserve this visitation? He was more passionate as a walrus, and he really knew how to make the most of his bulk, his whiskers and his plumbing. Since her own species was so google-eyed about who had sex with whom and how hung, his uniquely satisfying skill package---a baculum, or penis bone, that was the largest of any land mammal, both in absolute size and relative to body size---was the smartest thing she had left out of her memoir. Now that Walt was gone and Walrus was back, she sang, “Baby, you can drive my car ‘cause, baby, I love you, deet deet and deet deet, yeah.”


Walt could finally move again. It really was more fun being a walrus, especially when it came to mating joys with Michelle. His mouth bellowed its range of enticing vocal sounds and he felt instincts long dead became alive again. In vague ways he remembered back to the youth of his breed, to the time he ranged in large packs across the ice and through the ocean. When his harem of one indicated her readiness, he mounted her gracefully. He looked out the window, pointed his nose at a star and when he moaned long and low, it was his ancestors, dead and dust, pointing nose at star and moaning down through the centuries and through him and into her. She loved the pleasure he gave her, but she’d told him early on that if the music turned him into a predator, it wouldn’t turn her into a beast of burden and she wasn’t going to clean up after him. So when now exhausted, she gave him a kiss, lit a cigarette and complimented him, he knew he was getting dismissed. Yes, he smelled funky and made a mess, so as he walrus-schlepped away he sang to himself, “She told me she worked in the morning and started to laugh, I told her I didn’t and crawled off to sleep in the bath.”


Watching him go, pleased that he still had it in him, loving him more than before and still glowing, so glad she knew how to keep a secret, she sang herself to sleep, “And when I awoke, I was alone, this bird had flown, so I lit a fire, isn’t it good, Norwegian wood.” 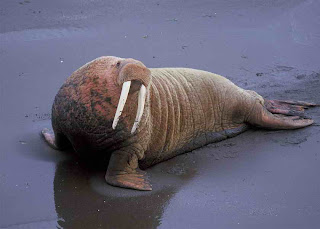 Posted by Kirpal Gordon at 5:18 AM