Where's the Comma: Learning How to Use the Writing Center by Jacob Manzoor 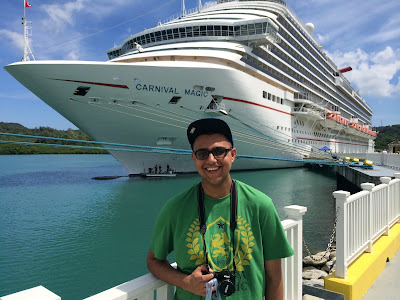 As I walked through the student center and turned left at Hofstra Hall, I was feeling anxious and nervous. I passed the foliage of the trees as I approached Mason Hall. I had a Writing Center appointment and was unsure of what to expect. I stepped over the threshold of Room 102 and automatically felt a warm and welcoming vibe. I attribute much of this to the relaxed nature of the tutors and the lack of walls separating the consulting spaces. I was

cordially greeted by David O. who stood tall in his gray sweater sporting a wide smile, which instantaneously made me rest at ease. Originally, I did not come here of my own free will; Professor Gordon said that I needed to go to the Writing Center at least once before handing in my paper. So I wrote my outline and the first few drafts with the help of my peers. After I believed my paper was complete, I decided that this was when I was going to have my work reviewed. Although I was not looking forward to having my assignment looked over by a stranger, my mindset changed completely by the end of my time there.


First I had to schedule an appointment. You could do so by walking into the WC, calling or just going to their website. I decided to introduce myself online; it was quick and easy to create an account and to select a time to meet. All I needed was my name and my 700 number to set up a password. Then I chose the date and whether I wanted to convene in person or online. I decided to do a face-to-face session.

I thought that my paper was adequate---maybe it had a few grammatical mistakes---but that’s about it. When I went there, I was expecting it to be a cold, top-down sort of meeting where I would be told what I did wrong, making me feel belittled. However, this was not the case at all. David and I proceeded to review my work. Instead of generating what seemed like a teacher-student relationship, it felt much more like a friendship. He asked me to read my paper aloud, and I was surprised to hear so many of my mistakes. Next, he explained to me what problems he had come across in my writing. Yes, I had an issue with putting commas in the right places.

Instead of revealing to me where it goes, then quickly moving on to the next pitfall, he explained why the punctuation went in that particular spot, and he helped me to identify my problem so as to not repeat it. Eventually, I started picking out the issues in my own paper. Learning that skill has helped me improve my writing dramatically. Although I came weary and skeptical of what I might

gain from the session, I left with a completely different outlook on the Writing Center.

I was no longer mandated to bring my work to be critiqued, yet I continued to do so because I felt that I would benefit from it. I brought all of my writing assignments to be reviewed before handing them in. With my very next paper, I had scheduled an appointment with Michael to look over an assignment which was due for my geography class. This time I was not skeptical at what the session could help me accomplish, but I was a little hesitant to work with someone other than David. However, I was blown away once again at how friendly and outgoing the tutors are, and Michael was no exception. He is a larger-than-life character whose presence fills the room, immediately making me feel comfortable. Even though he spoke more than David, he made references to modern culture, which made it easier to understand the lesson he was trying to teach. Similarly, he did not look down on me for making mistakes. He used analogies that helped me better understand the concept of coordinating conjunctions and how to use them properly in my paper. As the session progressed, I started to see my own omissions and I corrected them. By the end, I felt enlightened, and I learned a valuable skill that has helped me elevate my writing to a new level.

The third time I had decided to have my paper revised, I did not have the time to come in, so I scheduled an online appointment. It was quick and easy to set up. In lieu of having to go to Mason Hall, I could simply log on via my computer. The fact that the Writing Center is available in so many ways made it easy for me as a commuter to be able to have my paper reviewed on the weekend from home. I used this session to help me develop my concepts for my Political Science class and to condense them into just two pages. Personally, I prefer the face-to-face appointment where I can get to know the individual aiding me.

Nevertheless, I was once again taken aback at how effective was the meeting. David helped me to configure the flow of my essay with smooth transitions into each new idea. When I had asked him to look over my grammar, I was shocked at how my work was error free, after three simple corrections. He told me that I had put all of the commas in the right places and used great terminology in order to present my point across to the reader. I had felt so accomplished that not only did I take and fix my previous papers, but now I am able to prevent the issue from rising again. However, I am not the only person to have benefited from the Writing Center, Raymond Chappan said, “I found the Writing Center to be most helpful. They are non-prejudiced readers whose main purpose is to better my work. I have gone twice and both times I felt that my paper was better developed and that I have truly attained better writing skills.”

When Professor Gordon said that we had to interview a service provider, naturally I chose the Writing Center. I wanted to reveal what a resource it has been to me and my time here at Hofstra. I decided to interview David, since I spent the most time with him. Due to his laid-back and friendly nature, he agreed to be interviewed even with little knowledge as to my assignment and the questions that I would ask. I inquired about what he does there. Through my conversation with him, I learned that the service does not only do scholastic writing; they can help with many different things including resumes, papers, personal writing, even things as such as scripts and comic strips (Olsson). “Basically, if it is anything written, the tutors here can help you work on it in every stage of your writing, from just brainstorming or doing final edits”

(Olsson). There are many instructors in the Writing Center who have appointments every day of the week at many different times. David says that in the average week he helps around thirteen

different people. I found that incredible, so I asked him why he chooses to work at the Writing Center. His response was simple: “I always loved to read, especially about a wide variety of topics. I also wanted to help others, so the WC was a perfect fit.” As a tutor, David reads a variety of different topics and gains more knowledge on a myriad of subjects,while helping people improve their writing. I was also very curious as to what is the number one issue that arises in people's writing. According to him, a lot of people have trouble with the placement and use of commas. I could completely relate to this as I was one of the many who had the exact same issue. He says, “Commas are tricky, but once you know where they go it become a lot easier” (Olsson).

One thing that stood out to me in my interview with David was when he said, “People should know that we are only here to help, not to judge you and criticize you for making mistakes” (Olsson). Through my experiences, I found his statement to be true. No matter how stupid I thought the question was that I was asking, I knew that I could ask it because I wouldn't be ridiculed for it. I have used this facility every single time I have had a paper due, and until I feel that I am completely ready to skip that step, I will continue to do so.

The Writing Center has helped me to develop and to elevate my writing skills to a new level. Even though I was hesitant at first to go to for advice, I am glad to have gone. The tutors have helped me develop my writing in a nonjudgmental and cordial way. I felt at ease and comfortable talking about my writing and I became eager to know how to fix my issues. Like Deanna Weber, I went to the service skeptical and afraid of the unknown, but my experiences there have helped me to grow and have my confidence augmented (Weber). I am now able to take on a writing assignment knowing that I have the skills needed to succeed. I personally believe that if it hadn’t been for Professor Gordon requiring me to take my paper to the Writing Center, I would be a much more inexperienced writer.

Posted by Taking Giant Steps Press at 4:20 AM