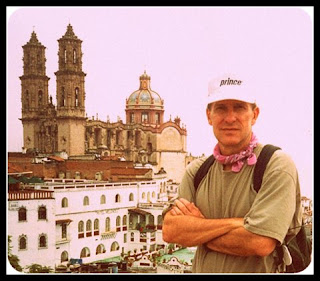 KIRPAL GORDON: You're a world traveler presently spending a lot of time in as well as being a former tennis pro, a photographer-collagist with exhibitions on four continents, a Beat-Generation-in-Mexico scholar, a writer of seven poetry collections, eight plays and the screenwriter-director of the feature film Marrakech. In addition, you've penned a fascinating novel, Time Passes Like Rain, about a group of women trekking through a South American rain forest.  Is this your latest effort and how did your writing of it come to pass?

HARRY BURRUS: I often have several projects going at once.  I’ll work on one for a while and then switch to another.  I’ve found this helps me stay energized.  As I get deeper into a project, my concentration will intensify and I’ll focus primarily on one area.  And sometimes, while working on a project, a new idea will suddenly surface and I will flash forward in a totally new direction.

I have been interested in travel since elementary school.  Family trips were my first adventures—vacations out West; through the South and to and the Keys, and to —other lands came later.  I’m drawn to journeys and quests.  I like seeing how I’ll respond to a different environment and whatever challenges might be forthcoming from a new place.  I recall when I was 13 playing in a tennis tournament in , one of the players had just returned from playing a tournament in .  . . . how exotic-sounding that was.  I had to check it out. 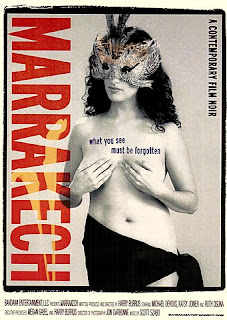 I like reading about explorers and learning about other cultures and about journeymen taking chances.  I’ve noticed how many countries as they develop commit the same environmental mistakes as more developed countries (the included).  They rape the land for immediate financial gain without regard for the destructive impact.  Vast areas of the world’s rain forests have been destroyed—usually in the name of progress.  Throughout history, the indigenous have been enslaved and conquered by the more powerful.  Look what the did to the Native Americans.  I was appalled when I visited several large oases in where palm groves that had existed for centuries were threatened or dying because water was being pumped to accommodate upscale hotels around the oasis perimeter.

I tend to favor smart women with strong personalities—George Sand; Tina Modotti; Isak Dinesen; Beryl Markham; Marguerite Duras, Simone de Beauvoir; Martha Gellhorn, and Megan Gabel come to mind.  I thought it would be an interesting story for three adventurous women friends (one English, one American, and one Mexican) to go to a third world South American country with designs on exploring the rain forest and seeing how they’d react to what nature throws at them and how they would handle the hot politics they find themselves a part of.  I was curious, too, how their friendship would be affected, if at all. 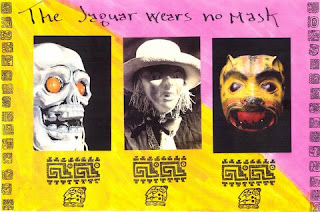 HARRY BURRUS: I’m going to pounce on this telepathically; hence, I may jump around some.  To the education portion of your question, I was a drama major as an undergrad—for graduate studies I pursued film, theatre, and writing.

At the back of the classroom at Lockwood Elementary in (), there was a small library.  Early on, I started going through the books.  I particularly enjoyed the novels by Joseph Altsheler.  I read his Young Trailer Series, e.g., Eyes of the Woods; The Scouts of the Valley; and his French and Indian War Series (e.g., The Masters of the Peaks; The Rulers of the Lakes, etc.).  Another writer I was keen on was Jack London. Only two books of his were in the classroom library:  Call of the Wild and White Fang.  But I rode my bike to the Webster Groves Library to read more of his work.  Two other writers I read during this early period were Mark Twain and Stephen Crane.  After reading Huckleberry Finn, I named an island in Deer Creek, a block from my house, ’s and Donald Stemmerman and I had our pockets full and the place to ourselves.

In third grade, I wrote a few short pieces—four to ten pages long—about settlers finding a good place (water, fertile land, and trees) to build a home and their efforts at farming, surviving the winters, and their relationship with the Indians.  Simultaneously during this period, I was seeing a lot of movies—an interest that continues to this day.  Every week my sister and I would go to the Saturday matinees, primarily hitting the , , and Ozark theatres. This soon expanded to seeing movies on Friday nights at the Esquire, Fox, Ivanhoe, , and HI-Pointe theatres.

There was a period where I eagerly awaited the next film by Bergman, Godard, Fellini, Truffaut, Antonioni, Resnais, Losey, Visconti, Costa-Gavras, and Buñuel.  I’d notice how they handled rhythm and pacing as it impacted character, the variation of intensity levels from scene to scene and how they approached their subject matter.  This eagerness to see a group of directors’ new work no longer happens.  The slate is drastically smaller.

From elementary through high school, our family had tickets to the Muny Opera.  This is a large outdoor theatre that operates during the summer.  This was my first exposure to the performances of , South Pacific, The King and I, Kismet, Damn Yankees, The Pajama Game, Flower Drum Song, Camelot, and Guys and Dolls.  I was always intrigued by the sets and how movement and dramatic action was presented.  I also checked out the spectators . . . noting what they were wearing and talking about before the performance and during intermission.

Another spoke in my early wheel of adventure was sports.  First swimming, followed by softball, tennis, and basketball.  Not only did I enjoy participating, I also enjoyed watching the visuals and the aesthetics of the sports.  Much of it was like moving sculpture.

During elementary and through high school I was interested in drawing and painting.  These pursuits continued through my formal educational years and beyond. 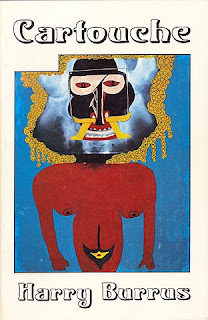 I don’t think my interest in visuals segued into writing, nor did writing lead me to creating visuals.  I didn’t give it much thought . . . then or now.  It strikes me they existed simultaneously.  Now, they were not equally weighted at all times.  Emphasis varied.  I will say being out in the field, I picked up more than in school which follows because one is in academics for a relatively short time, unless, of course, one teaches—which I did for a while.  However, with teaching I felt I was always taking from the well and didn’t have time to replenish it.  College and grad school provided an overview, introducing me to various genres, perhaps establishing a foundation of sorts and I’d decide upon which areas I wanted to pursue, if any.

I learn by watching and reading others.  With tennis I’d study good players and if there was a sequence or combination of strokes they used effectively, I’d analyze that and see how I could incorporate it into my game and make it mine.  Likewise, while reading (or viewing), if I noticed a particularly unique move (be it in theatre, fiction, film, poetry, or some other form of art) that I thought was pretty neat I’d see how I could add that to my palette—not only to make it new, to follow Pound’s dictum, but to make it new and interesting.

I began writing poetry my sophomore year in high school—although I can’t say I thought of it as poetry; I was just writing things down.  I didn’t enjoy my first exposure to poetry and I doubt if any of my high school teachers were familiar with any contemporary poets and, if they knew any, they were never presented to us in class.

Travel and film (domestic and foreign) and a few individuals provided exposure and introductions and this often led me to new areas of literature and art.  I always shot a lot of film during these explorations and this, too, opened new areas for me. 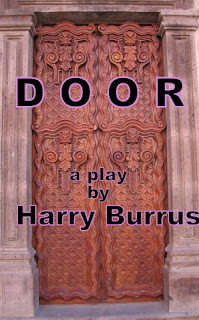 KIRPAL GORDON: How can GSP readers stay in closer touch with what you do?

HARRY BURRUS: Now that is a nice thought.  GSP readers staying in touch with my pursuits.  Best way would be to connect to my web page to see what is going on: http://sites.google.com/site/hburrus/


For Marrakech to see a clip and a trailer:
http://indieflix.com/film/marrakech-4940/ and http://www.amazon.com/Marrakech/dp/B002YC4238 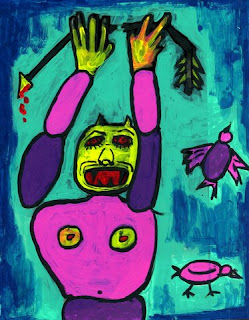 Posted by Kirpal Gordon at 7:25 AM